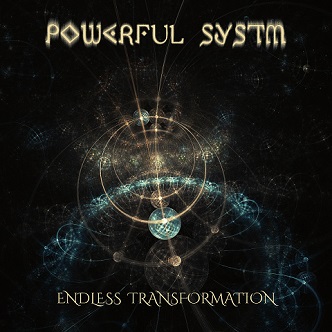 Powerful Systm is a newly (2021) established project, its debut EP, “Endless Transformation”, was released in early 2022 and now it’s re-released in remastered version. In the beginning I thought I would listen to some power metal, however, this EP was a nice surprise for me. Of course, the main music corpus of Powerful Systm is epic power metal, the final result is very versatile though, since here you will find a lot of cinematic/soundtrack music elements, many folk/ethnic music elements and symphonic metal and progressive rock hints. As you can understand, we deal here with a strange music mixture, a cross-over album, which draws emotive, mesmerizing sonic landscapes. Powerful Systm creates a new music world, where different genres fuse and an artistic adventure begins! Do not fear that you will get lost in this musical cosmos, since Powerful Systm will guide you in there. Yes, Powerful Systm could have worked more on the melodies, yes, the song arrangements could be better, yes, the sound production could be more clear and groovy, nevertheless, “Endless Transformation” works as a delicious appetizer, until the release of Powerful Systm’s first full-length studio album. All four songs reveal the musical talent of Powerful Systm, who, with the use of a variety of instruments, manages to combine the English contemporary music with old music traditions (listen for example to the Sanskrit verses). All in all, this debut EP is the evocative introduction to the music landscapes, drawn by Powerful Systm. I am already eager to listen to Powerful Systm’s upcoming full-length album!