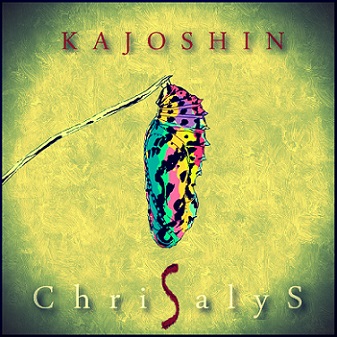 Italy’s Kajoshin aren’t any newcomers – they were formed in 2009 by Claudio Russo (guitar, vocals) and after a long period of hiatus (2013 – 2020), they are coming back with a new record, their sophomore album, “Chrisalys”. If you had listened to their debut, you’ll probably know what to expect from this new album. Here we have progressive rock, which is based on orgasmic improvisations and very interesting music themes. Kajoshin proudly present their fresh, intricate song ideas, which develop into enchanting, mesmerizing compositions. “Chrisalys” is a musical trip to fantastic soundscapes, a venture through the world of melodies and harmonies, a virtuosic effort, which won’t leave you indifferent. Songs like “The Gate”, “Closure”, “Chrisalys” and “An End is A New Start” will surely win the listeners, even the strictest ones. Without a doubt, this album by Kajoshin is listen worthy, a brave musical experiment by Claudio Russo and co., who aren’t afraid to build on their first-class music ideas – the guitar work is fascinating, the atmosphere is haunting, the songwriting is genius! Kajoshin consists of skilled musicians, who, musically, are bound with each other and they finally manage to offer us small progressive rock gem, which sounds homogeneous and has such a beauty. For the ones, who dig progressive rock, it is mandatory to accept this gift from Kajoshin. But also, in case you generally like well-performed, brilliant music, “Chrisalys” will be your next object of desire. Kuddos to the four Italians for this daring, rewarding work of progressive music!