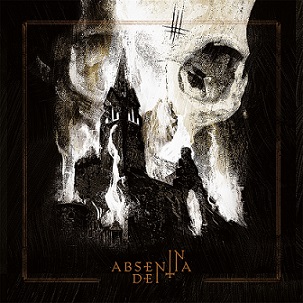 Regretfully, the paranoid period of pandemic changed everything. Concerts and tours were cancelled, and bands were deprived of a basic source of income; as for fans, live shows were something like “medicine” for many people. Lockdown measures led many bands to compromise on the practice of livestream shows, in an effort to get in touch with their audience in these months of isolation (unluckily, these events were better than nothing amid all this abnormality).

Similarly, Behemoth did a livestream show in September 2020 named “In Absentia Dei”, in an ancient, abandoned church in rural Poland (the video of “Blow Your Trumpets Gabriel” was also filmed there); a year later, the performance is widely available through Nuclear Blast. Behemoth, and Nergal personally, many times provoked and caused controversy with their actions and opposition to any form of organized religion. In this respect, I assume their decision to perform in a building where religious acts took place in the distant past occurred naturally.

In case of live albums, the setlist is the main point of interest. “In Absentia Dei” covers almost all the band’s discography, including even songs that are rarely performed live; I don’t think that “From the Pagan Vastlands” from Behemoth’s debut occurs every now and then. Of course, hit songs that are regularly part of the band’s shows couldn’t be omitted.

Irrespective of the audience’s absence, the band is in perfect shape, unfolding plentifully all their menacing, devastating power and filling/defiling the space around them with their blasphemy. Whether in pure black/death explosive songs or in more ritualistic compositions of their later era, Behemoth release huge amounts of energy, performing with precision, like a well-functioning machine. However, ceremonial songs that signify Behemoth’s grandiosity and majesty shine the most. Tracks like “Blow Your Trumpets Gabriel”, “Lucifer” and “O Father O Satan O Sun!” become more impressive when performed live; their “proportions” seem larger, the mark they leave becomes deeper.

The show is supported by numerous intros that raise the Luciferian mysticism, while high-production theatrics, flames and slow-burning pots intensify the blasphemous atmosphere and give a theatrical essence to the event. Besides the visual aspect, the high quality of the sound we experience wouldn’t be possible without the splendid work of the production team. Literally, you can hear every chord and every Nergal’s word, like you listen to a studio album.

“In Absentia Dei” is available in different deluxe formats: double CD, double CD-Digi + BluRay and triple LP (black and colorful) with a premium 20-page booklet and a small model of the church that Behemoth performed in. Obviously, the offered choices will fulfill the needs of the most demanding collectors.

I’m sure that the balanced inclusion of songs from many records and the high technical standards of sound/video will satisfy fans who are inclined to live albums, offering them a chance of witnessing Behemoth’s (un)light. However, no matter the indisputable quality of the production issues, you cannot but feel an unpleasant chill when you think that the event was filmed/recorded during days when the crowd was absent. We shouldn’t hide behind our fingers: bands need the audience in front of them, not through tablets and laptops. Let’s hope that livestream shows will be nothing more than a distant memory anytime soon.