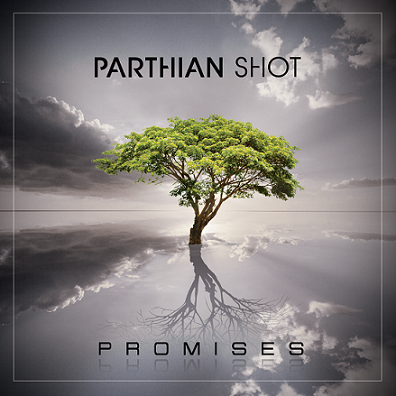 Parthian Shot isn’t a newcomer band. They were formed in 2003, in Athens, Greece, they have several releases in their discography and have been, more or less, an active live band. “Promises”, Parthian Shot’s latest album, stands as a great prog metal release. Surely one of the best prog metal albums that have been released by a Greek band the last few years, “Promises” will please all the listeners of the genre. Although the Greeks are mostly influenced by Dream Theater, you can find a lot of elements, even from prog rock bands of the seventies like Pink Floyd and Genesis, in their music. Like every prog band, Parthian Shot has a great technique, their performances are unmistakable, but apart from this virtuosity, they have feelings and they know how to express them though their music. That’s why the music result of “Promises” is so emotive, so passionate and so atmospheric. The songs are long and complex, every composition has many themes, parts and moods, and the experience of listening to the whole album seems like getting lost in a music labyrinth. Don’t be afraid though, because you will find the exit in every song and pretty soon, you will get again in this beautiful labyrinth! The Athenian band has crafted a state-of-the art metal album. It won’t take you long to understand that “Promises” is an exquisite progressive rock/metal release, approved and recommended to everyone sophisticated metal fan!