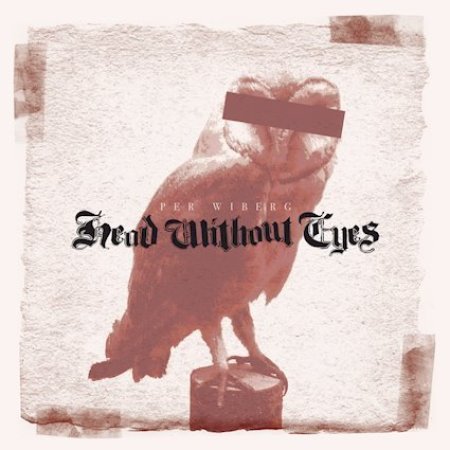 Per Wiberg is a well-known Swedish artist, with a lot of years in action, in many different bands and many different music genres. We could say that having in mind only this as a fact, we can call him a special musician/artist with different skills and capabilities when it comes to performing, writing and ‘delivering the goods’ as we say. However, “Head Without Eyes” is his first solo album released in May and shows that this man is truly an inspired but also an inspirational artist.

This is definitely an experimental record, but this does not mean it’s a bad album. On the contrary, it reveals a lot of aspects of a multi-instrumentalist Per, who always focused on playing keyboards in his bands (Spiritual Beggars, Opeth for example) but is equally good when playing bass or guitar. This record has a lot of different influences blended, from the classic keyboard oriented rock, to Hawkwind and space rock, to industrial rock and has also gloomy and doomy moments which highlight its dark character and feeling. Despite the help behind the drums (from Karl Daniel Lidén and Lars Sköld), he sits pretty comfortable behind all rest instruments with his cool, laid back way. “Get Your Boots On”, one of the singles previously released, sets the tone and the style of this groovy record, which has only six songs, but is absolutely rich in sounds, influences and musical mastermind creativity. Billie Lindahl (Promise and the Monster) is providing vocals on 2 songs (‘Anywhere The Blood Flows’ & ‘Pile Of Nothing’) adding an extra interesting value to this record, which will be played on all summer long. It’s a groovy, fun, dark, diverse and high quality record, worth listening in the car travelling, at the beach while sunbathing or at home on your stereo with or without headphones, depending on each one’s situation or mood.