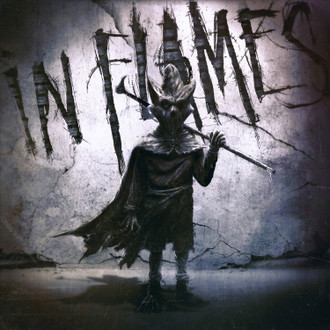 In Flames is a band which has absolutely nothing to prove. They always made records, not based according to the sales or focusing on what the music reviews will have to say, or the music critics. They have always been true to themselves at first and then they tried to express their influences, artistic inspiration and creativity through each of their records. Besides, they have established themselves as a highly respected and appreciated band throughout the latest almost thirty years, however this creates anticipation for every new record and sets high standards on what to expect from them.

From the very first moments of “I, the Mask”, you directly get the feeling that this is a different record from their last three ones and it immediately directs you to the album “A Sense of Purpose”, which to my humble opinion was their truly last great record. The riffs, the melodies, the catchy choruses and the absolute groove in most of the songs share the same majestic feeling of that record back in 2008. This record is a solid effort, especially from Anders Friden, whose vocals, clean and growls define the whole record and in some parts brings you recollections of his project “Passenger”, back in the early 00s, along with the guitarist Niclas Engelin, now an In Flames member.

This is a diverse record, with oriental influences (“Deep Inside”), an element we have never experienced on an In Flames record which on the other hand adds to the diversity of it, making it more interesting and intriguing to the ear of the listener. There are also acoustic moments, for example on “Follow Me”, or also a beautiful mellow intro on “All the Pain” with Anders Friden who proves such a nice singer on clean vocals. The heavy catchy – in your face – riffs and drum beats are there, a trademark In Flames element.

Of course In Flames is not the same band, like when they released “Whoracle”, “Clayman” or even “Come Clarity”. And this is not a bad thing actually, since their records and their overall performance and status as a band really proves to stand out. As long as they produce and make records like “I, The Mask”, they have my respect and I can enjoy listening to them with a beer on my hand spinning the album on my stereo.
After all, they proudly are a Gothenburg child, carrying all the DNA which that particular scene brought to the forefront in the 90s.