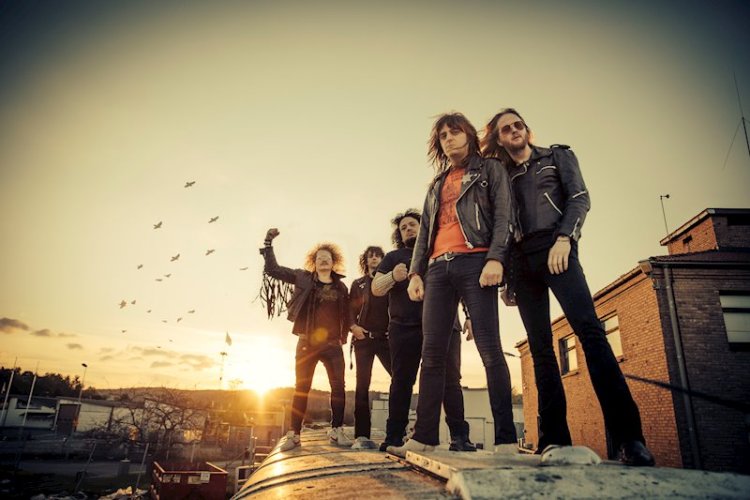 One of the best, most talented and most inspired groups in the contemporary, worldwide hard rock and heavy metal scene is Bullet, without a doubt. Don’t make a mistake, we are talking about the Swedish band, which started its career in 2001, not the same-named American band of the early 70s, not the same-named German band of the 80s. Bullet are visiting Greece in the 18th of November, so,  in view of this promising show, Myth of Rock is making a flash back to the story of the Swedes and overviews their albums to date.

All started in the beginning of the 21st century, in Växjö, Kronoberg County, Sweden. Dag "Hell" Hofer (vocals) and Hampus Klang (guitar) formed a new band, choosing the name Bullet. The first, 7-inch demo, “Heavy Metal Highway”, came one year later, via the Sword and Sorcery label, which issued the demo in 225 copies, in cassette. This demo featured three tracks, “Bang Your Head”, “Breaking Bones” and “Heavy Metal Highway”. The title of the demo, together with the band’s name and the music style of these songs promised nothing more than straight-forward, dirty and genuine heavy metal! That demo was followed by an EP the next year (2003) - it was entitled “Speeding in the Night”, released by the Agonia label and, apart from the demo songs, it included three new ones; “No Turning Back”, “Leather Love” and “The Rebels Return”. Whoever listened to the demo and the EP understood that a new force was rising in the hard n’ heavy scene. Bullet was composing bone-crushing, fierce hard rock/heavy metal hymns, with killer riffs (imagine Angus Young in a New Wave of British Heavy Metal band!), rough vocals (add Dag “Hell” Hofer next to Brian Johnson and Udo Dirkschneider!) and rock n’ roll lyrics. They showed that they were raw and relentless, they had self-confidence and conviction and they were determined to conquer the world …

It took them three years to complete the works of their debut and to release their first opus. They named it “Heading for the Top” – remember what we just said about conquering the world?! It was 2006, Black Lodge label made the disc available and from the front cover of the debut, you could understand that the band was a bunch of rock n’ rollers, who liked to play loud and heavy music, to ride their motorbikes on the highway and party all day and night. Of course, this first album was a minor success and paved the way for the second one – “Bite The Bullet” was brought in the spotlight in 2008 through the same label and shocked everybody. Many metalheads were now talking about this new band, who played an amalgam of AC/DC, Accept, Krokus and Saxon! This nice, overwhelming ride had just started, the battle rages on and Bullet releases its third album, “Highway Pirates” – the world knew now about the heavy metal pirates, whose adventure was so interesting and beautiful. And yes, the labels were curious about the highway rebels, who were turning the whole world upside down, seeking their signature on their contracts. Nuclear Blast won the competition and that was a huge step for the Swedes. With a big label now behind them, things were easier for Bullet.

Nuclear Blast released two Bullet albums, the classics “Full Pull” and “Storm of Blades”. The band had shaped perfectly its sound and with the advantage of great productions, they were taking their seat on the hard n’ heavy throne! We are talking about small masterpieces, albums that every heavy metal fan should listen to! Now most people are aware of the fact that Sweden has brought us a new, sensational hard rock/heavy metal act, which has the skill to produce powerful music, with big refrains and catchy guitar phrases. “Full Pull” and “Storm of Blades” contain state-of-the-art heavy rock n’ roll, in the veins of the legendary bands of the 70s and the 80s. They have nothing to be jealous of, they sound singular, although their influences are 100% clear and prominent.

The latest Bullet album came in 2018, which marked a label change. Now Bullet is in the Steamhammer/SPV roster and continues to kick ass, as can be heard on the “Dust to Gold” album. The Swedish quintet takes the sound of the hard rock/heavy metal myths and create wonderfully carved music, which can persuade everyone – even the doubters – that rock n’ roll music is still alive! After all these albums, I believe that Bullet can turn everything they touch to gold. They are masters in their league. Bullet has already conquered the world and insist on playing filthy, old-fashioned and reckless heavy metal music. And their live shows are impressive! Just listen to their latest, live album (2019)! The heavy metal riders are coming to you!

Did you know that: 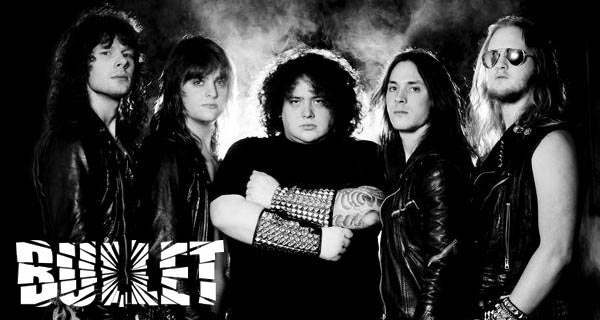 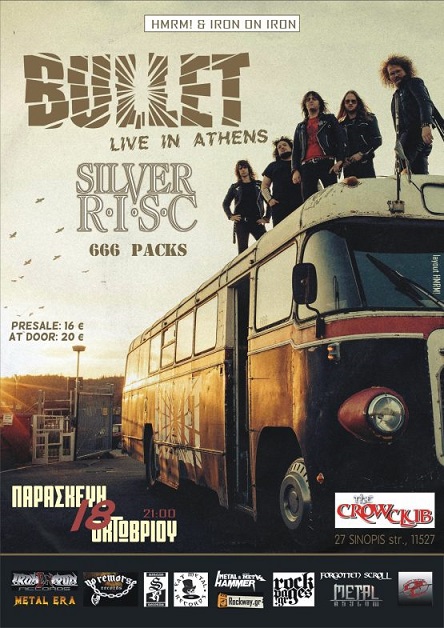