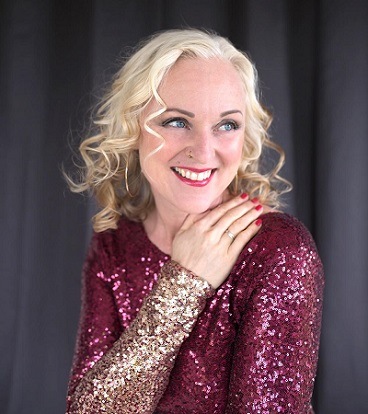 In 1993 Liv Kristine embarked on a unique and courageous musical path, exploring, redefining, making way, until she became one of the most recognizable voices within the worldwide female voice metal movement.

Her autodidactic way into music and career reflects her strong individuality and courage to create with a free artistic heart, inviting her audience to experience musical and tonal aesthetics on a highly individual and elevating level.

She rose to world-wide fame already in the early nineties with her Norwegian band THEATRE OF TRAGEDY, moreover, as a solo artist, then in the new millennium with LEAVES' EYES and various projects. For more than 25 years, she’s been and still is a fine inspiration for artists and bands worldwide within her authentic brand of Goth, Metal and Rock, being nominated for the Grammy Award (2005). Her musical achievements are numerous, e.g. a GRAMMY AWARD nomination for the song "Nymphetamine" in cooperation with Cradle of Filth, 500.000 records sold with THEATRE OF TRAGEDY, touring more than 50 countries, including repetitive hits in the official charts with her solo releases and her follow-up band LEAVES' EYES, as well as European club, DJ, dance, rock and alternative charts. She also lent her voice to title tracks for popular TV series like "Tatort" and "Schimanski". LIV KRISTINE has released more than 15 full-length albums with her bands since 1995.