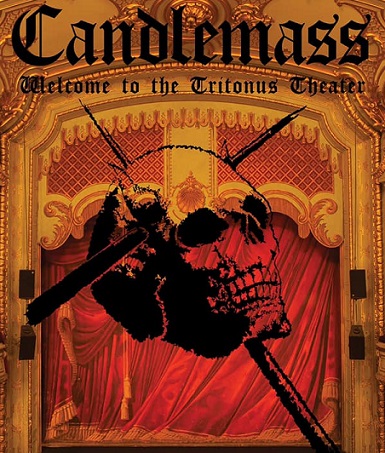 Watching Candlemass live has always been a great experience, especially while Johan Längqvist (vocals) is back for good, following a really good studio album. The legendary band had announced that they would play two special live shows in Södra Teatern at Mosebacke in Södermalm, which is in their hometown Stockholm, one evening with “Epicus Doomicus Metallicus” in its entirety and a second evening with “Nightfall” in its entirety. For different reasons, we were able to attend only the first live show, unfortunately. So, I must admit that this is one of the most special gigs ever for me, precisely because watching a heavy metal band inside a theater makes things more classic, more prestigious and overall majestic. And also, because the band itself surpassed itself in the performance, the sound, the overall feeling. It was really awesome to see Leif Edling back in such good mood and form, playing and communicating with everyone! “Epicus Doomicus Metallicus” was absolutely fantastic, the sound was so heavy, crunchy and around 250 people enjoyed the classics from this heavy metal masterpiece. The highlight of the night was the cover to Trouble’s “The Tempter”, a very special moment, which the band dedicated to Jörgen Sandström (Entombed, Krux, Grave, Death Breath, The Project Hate), an old friend of the band, who has also played live with the band a few years, was present at the theater and had his birthday on the same day of the gig. He received a birthday cake while Leif Edling prologued ‘The Tempter’ as a tribute to Eric Wagner, who passed away a couple of months ago. This night (and the next one for “Nightfall”, of course) was a very special one for the band and their fans, who were able to attend this gig. Especially for the ones, like myself, that went to a live gig after almost two years. Long Live Candlemass and Leif Edling! 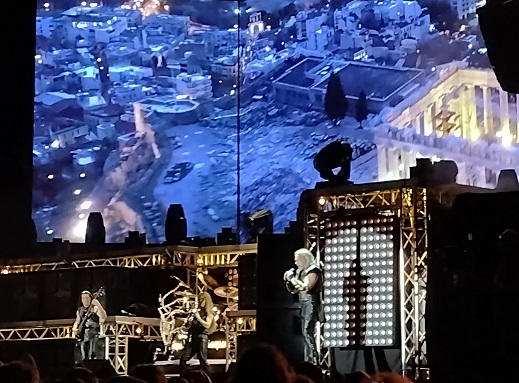 The 22nd of June, 2022, was a celebration day for all heavy metal maniacs. We would see and hear the marching of the Kings of Metal, Manowar, crushing the enemies of metal. Of course, the program included also the female fronted metal of Meden Agan, the power metal fury of Rhapsody of Fire and the black metal storm of Rotting Christ. Yes, it was a metal feast, but let me tell you the whole story. Meden Agan was the first group to perform. The Greek metal band tried to warm us up its fine modern gothic/symphonic metal. I had seen the band recently at the Ladies of Metal vol. 4 Festival, where they were fantastic. Τhis time they faced many sound problems, which didn’t let the fans enjoy the wonderful compositions of Meden Agan. You could easily tell that the band members were trying so hard to overcome the difficult circumstances...