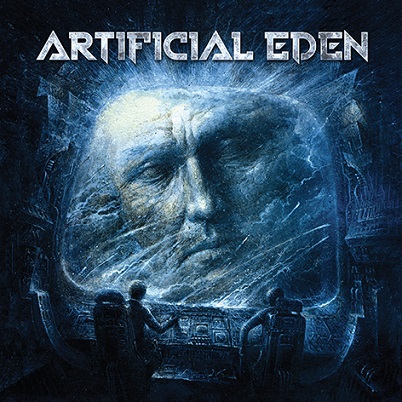 In the late ‘90s there was an explosion of new power metal acts that burst on to the scene. Many of them were trying to mix it up with progressive metal like Fates Warning and Dream Theater. Artificial Eden seems to be categorized like this, but they also have some straight hard rock and heavy metal elements to spice it up. The band chooses a much older set of influences, with enormous and breathtaking solo work reminiscent of Yngwie Malmsteen, Tony MacAlpine and of course Eddie Van Halen (R.I.P). All of the songs highlight not only the perfect guitar work, but also their genuine compositions that are really catchy and well-worked. The lyric video “Poor Desire” is the highlight of the album featuring all the great elements, mentioned above. However, though guitars and compositions really shine, Rob Lundgren’s vocals also deserve special notice as they provide the necessary bridge between prog metal sound and the typical power metal feeling. “Thoughts” and the title track are also big highlights, heavily influenced by the Scandinavian power metal scene. Amazing guitar solos and drum work on both of these, in addition to a top notch vocal performance. This is power metal with both intrigue and class. Artificial Eden take their lessons from some highly respected musical influences of the past and create something unique and huge! I can say with full confidence that Artificial Eden are much better than a dozen of successful power and prog bands out there. If you like your power metal open-minded and loaded with amazing guitar and vocal work, get this album today.