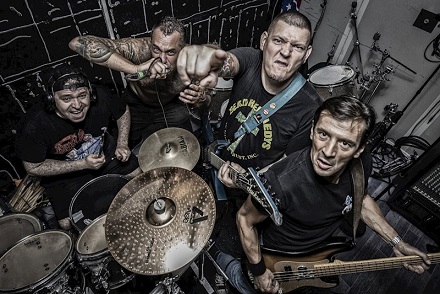 WTF Records present a re-issue of the Milan-based Toxic Youth’s latest album, Back to You-TH, originally released in November 2020, 24 years after their debut full-length. This second pressing of Back to You-TH, scheduled for 25 November 2022 on digipak CD, comes with a bonus track (“Libera La Mente”) and an album cover with black background (unlike the white background in the first issue).

Formed in 1990, Toxic Youth dominated the mid to late ’90s with their uncompromising hardcore sound. A rough and ready four-piece of Christian, Max, Ale, and Novo, the band first broke ground in 1993 when they released their self-titled demo on cassette. With eight tracks of fierce hardcore sounds and visceral thrash influences into the public consciousness. It was the spark that would set fire to the underground scene.

Soon after the release, the band were carving their own path through the Italian music scene, earning their stripes and gaining recognition for their intense and uncompromising live shows. After touring and supporting bands such as RKL, DOA, Beastie Boys, Franky Hi-Nrg, the band went into the studio and recorded their debut album, Real Attitudes… Not Words!, released on CD (1996). A now-legendary DIY release.

While Toxic Youth continued playing shows and tours throughout the late-90s and 2000s, it wasn’t until they met a new drummer in 2018 that they really started working on a new release. Finally, the band picked things up exactly where they left off and completed their second full-length, Back to You-TH. The album pulls no punches and proves beyond any doubt that the band haven’t lost their knack for aggressive, breakneck riffs and relentless punk anthemics with a Toxic Twist.

Get ready to board Toxic Airlines for a flight filled with energizing songs about life, music, blood, sweat, tears, love, brotherhood, and fun! All brimmed with rolling basslines, guitar hooks, tight drums, and vocals that make you want to sing a long, think, scream it out loud, and drink a beer with old and new friends!! 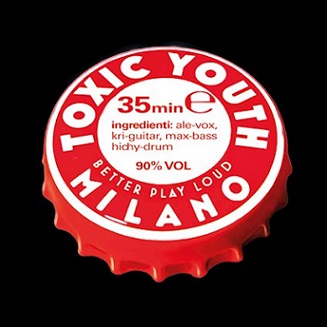