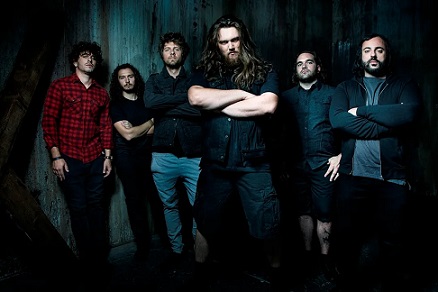 Oni is a progressive metalcore project and is releasing its second album, "Loathing Light", which is set to land on June 17th 2022 via Ironshore Records. Oni has just released a single off this upcoming album, entitled "Secrets", featuring guest vocals from punk legend Iggy Pop and Lamb of God frontman Randy Blythe!

Jake Oni, leader of the project, had initially invited Blythe to bring his vocal skills to "Secrets", and as the song came together, the idea of a second guest voice to add another dimension to the track was discussed. Jake said: "Iggy's vocals are so iconic and instantly recognizable, his style is what we were after. But we figured, let's see if we can get the man himself to check it out?" They did, and The Stooges legendary leader and 'Godfather of Punk' loved the track ... He came down, we had some food and just chilled. And then he did his thing all over the song. He asked me for ideas about how to approach it, which was just crazy and cool. It all worked so well and came out sick."

Blythe said about the whole experience: "It was awesome to work with Jake again, and of course the usual suspects, my compatriots Mark Morton and Josh Wilbur always a good time. But to be on a track and film a video with one of my biggest influences as frontman, the OG godfather of punk and living legend Iggy Pop? Completely priceless."