The Belgian metal band Fear Disease has released a new music video, for the song "End of All", which is taken from "Floodgates" (Wormholedeath/Aural Music Group) and tells the horrors of World War I.

Fear Disease is a Belgian metal band and their influences on the sound go from thrash and old-school death metal to groove metal as well as bits of metalcore and black metal. "Floodgates" is the band's debut album. 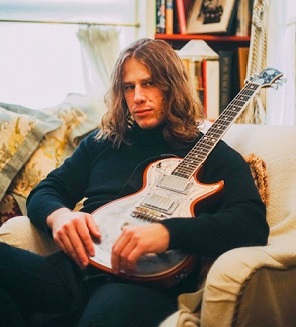 The time has finally come for US based multi-instrumentalist Zeke Sky who unleashes the "Intergalactic Demon King" through Atomic Fire Records. Containing eleven tracks, Zeke's label debut was produced by himself alongside Kevin Antreassian who was also responsible for tracking, mixing and mastering these tunes at Backroom Studios. Fantasy-laden artwork was contributed by Dafid Rizal (Insect Decay; https://linktr.ee/dafidrizal).

Zeke states, "It is with dignity and pride that today I release »Intergalactic Demon King,« a sonic compendium of my best work yet. Told through the lens of patient observations on love, sacrifice, combat and triumph, the canvas has expanded dramatically to match my instincts with my desires. I also release to you a new music video of the song 'Endlessly Forever,' a fresh cinematic offering of performance in action."

Order »Intergalactic Demon King« in the physical format of your choice (CD-digipak, colored vinyl), stream it on your favorite DSP or get it digitally now, here: https://zekesky.afr.link/IntergalacticDemonKingPR. 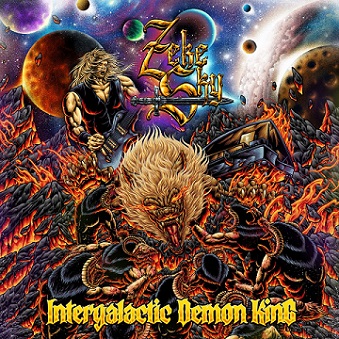 He adds, "'Endlessly Forever' is a song about the warrior at sea seeking to complete his mission and return home. It explores both heroic exploits and the tempestuous plight of a conqueror and family man who must overcome a long journey in pursuit of a divine mission; to take what is rightfully his and restore order whilst confronting the vulnerability of family life and the machinations of love, it requires sacrifice and determination."

Check out the video by Argo Kennedy Films (www.argokennedy.com) over on YouTube.

Don't forget to subscribe Atomic Fire Records on YouTube to stay updated & to listen to 'Endlessly Forever' as well as other new tracks in the »AFR New Releases« playlist on Spotify: https://afr.link/SpotifyNewReleasesPR. 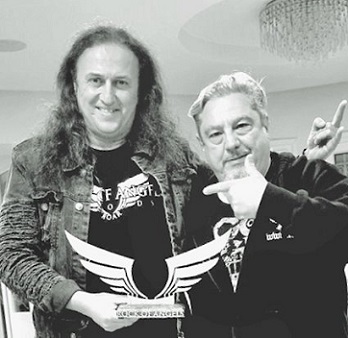 Diviner is a Greek heavy metal band that was formed in 2011, by long-time friends and music partners Yiannis Papanikolaou (vocals) and Thimios Krikos (guitars). They were also the founders of the mighty INNERWISH, participating together only in their first album “Waiting for the dawn” (1998). After a long time of different musical quests, they decided to join forces in a new band, wanting to create something powerful, heavy, melodic and dark, with fresh sound. Diviner released their debut album “Fallen Empires”, on the 20th of November 2015 through the Swedish label, Ulterium Records. They played some successful gigs in several Greek cities like Athens, Thessaloniki, Agrinio, Larisa. They also opened for the legendary SANCTUARY on their last greek show in the summer of 2017 and appeared in many music festivals, such as "CHANIA ROCK FESTIVAL 2016", "ELEMENTS OF ROCK 2017" in Switzerland, "FEARLESS FESTIVAL 2016" and "BRAINSTORM FESTIVAL 2018" in the Netherlands,"LET'S ROCK FESTIVAL 2017" at Inofita, "UNDER THE QUARRY FESTIVAL 2017" and also at the famous "UP THE HAMMERS FESTIVAL 2017" in Athens! Their following album “REALMS OF TIME” released on the 7th of June 2019, through Ulterium Records with the production of Fotis Benardo (ex-SEPTIC FLESH, SIXFORNINE). The band showed great musical improvement, gaining even more recognition and metal fans in Greece, Europe, USA and Latin America. They started a Greek tour supporting their second album and played in Athens, Arta, Agrinio, Volos ,Komotini and Thessaloniki. Unfortunately, after February 2020 they had to cancel all their scheduled European and Greek shows due to COVID-19 pandemic. During this period, they focused on writing new material for their next album. The recordings have started in the summer of 2022 under the production guidance of Fotis Bernardo.

Today we proudly announce the signing of a multi-album deal with Diviner and welcome the band to the ROAR! Rock of Angels roster.

The Bellwether Syndicate have unveiled a new single, "Dystopian Mirror", where they explore the voices of mental illness.

Chicago-based dark alternative post-punk outfit The Bellwether Syndicate presents the single 'Dystopian Mirror', a powerful dark and lush taster of the band's 'Vestige & Vigil' album, which is scheduled for release in the first half of 2023 via Sett Records and Nexilis Records, a division of Schubert Music Europe.

Having reached #11 in the German Alternative Charts (DAC), this glam-noir single wields a relentless assault of hard-edged guitars, buzzsaw synths and tribal beats set the stage for a guided tour through the realm of the unwell, spat out with sardonic conviction by the voices in your head.

Six years in the making, the forthcoming album 'Vestige & Vigil' was produced by William Faith, whose credits include Jarboe, Clan of Xymox, Bootblacks and Autumn, and Chad Blinman (Face To Face, Jarboe, Faith and The Muse). Recorded by William Faith at 13 Studio in Chicago, it was mixed by Blinman at The Eye Socket.

"Dystopian Mirror was written about a dear friend of ours, who lost his mind, and eventually his life, to drugs and alcohol. I found that I was still grappling with the sense of loss and lingering anger about the whole thing years after the fact and, ultimately, all those feelings and emotions ended up coming out here, in this song. The lyric is meant to be coming from the voices inside his own head, during his descent into the realm of the unwell," says William Faith.

William Faith is a former member of seminal goth acts Christian Death, Mephisto Walz and Shadow Project and also co-founder of Faith & The Muse. In 2010, he moved from his native Los Angeles to Chicago to form The Bellwether Syndicate with his wife, Sarah Rose Faith a.k.a. Scary Lady Sarah.

An underground legend in her own right, Sarah has been one of the scene’s most eminent DJs and club promoters for decades. She hosts Nocturna, the longest-running goth event in North America, which takes place at Metro in Chicago. Apart from forming the nucleus of The Bellwether Syndicate, the two often DJ together as The Pirate Twins.
The Bellwether Syndicate debuted with 'The Night Watch' EP in 2013, followed by their 2018 single 'Republik'.

'Dystopian Mirror' is out now, available from all fine digital outlets, including Apple Music, Spotify and Bandcamp.