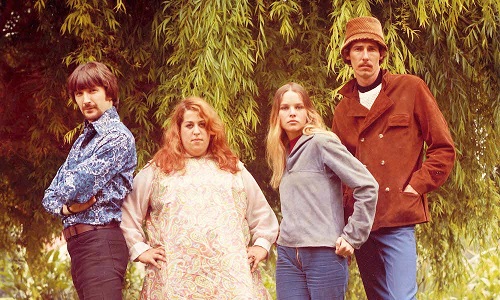 The Mamas and The Papas are known chiefly for their two major hits, “California Dreamin’” and “Monday Monday”. Nevertheless, listening to their discography, you will understand that they were one of rock n’ roll’s most interesting bands, with really great songs in their repertoire. Of course they are not only the quartet, who sung for the Summer of Love! We will go through their story and albums, just to see their top quality, follow us please in this nice trip!

In regards to their style, The Mamas and The Papas were a folk rock vocal group, consisting of vocalist/guitarist John Phillips (formerly of The New Journeymen), vocalist Denny Doherty (formerly of The Mugwumps), vocalist Michelle Phillips (wife of John) and vocalist Cass Elliot (formerly of The Mugwumps, too). They were founded in 1965 by John Phillips, Denny Doherty and Michelle Phillips as The Magic Cyrcle, which turned to The Mamas and The Papas, inspired by the Hells Angels (their female associates were called “mamas”). After a while, Cass Elliot got in the band, although John Phillips was skeptical about this addition, because Cass Elliot suffered from obesity, and insecurity about her looks. In early spring the quartet went to the Virgin Islands to concentrate on its rehearsals and experimented with folk music and electric pop. After midsummer, musician Barry McGuire arranged for them an audition for Dunhill Records, which led to a big record deal (two albums a year for the next five years). 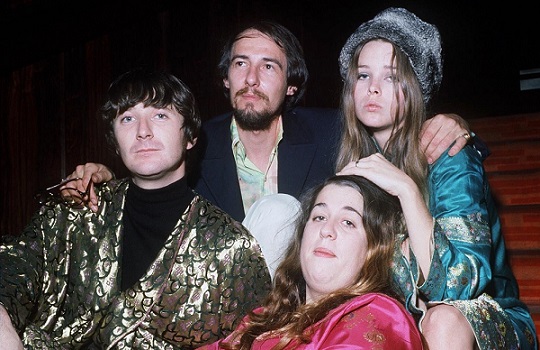 In November 1965 they released their debut solo single “Go Where You Gonna Go”, one month later their best hit ever, “California Dreamin’”, which peaked at No. 4 in the United States and No. 23 in the United Kingdom, and in February 1966 their debut album, enititled “If You Can Believe Your Eyes and Ears”. This debut album was their only album, which topped the Billboard 200 chart. The third and final single of the album was “Monday, Monday”, which became a No. 1 hit in the USA, reached No. 3 in the UK, No. 1 in Spain and won a Grammy Award. The band’s sophomore album, called “Cass, John, Michelle, Dennie” (or just “The Mamas and the Papas”), was released in September 1966 – its recordings took place in summer, which recordings were interrupted due to Michelle Phillips’ liaison with Gene Clark of the Byrds (Michelle had cheated again John with Denny Doherty). John Phillips couldn’t forgive his wife again, so Michelle was fired in late June. She was replaced by Jill Gibson, who appeared with the band in some occasions, however, Michelle got back to the band two months later. The Mamas and the Papas second album went to No. 4 in the US and No. 24 in the UK, continuing the band's success, then they embarked on an East Coast tour, after which they recorded their third album (autumn 1966). “The Mamas and The Papas Deliver”, released in February 1967 via Dunhill, reached No.2 of Billboard's Top LPs chart and included three singles; “Look Through My Window", "Dedicated to the One I Love" and "Creeque Alley". Although the band still led a successful course, by June 1967 the tension inside the band had increased and the reactions to their Monterey International Pop Festival performance were divided. Two singles followed, the non-album song “Glad to be Unhappy” and “Dancing Bear” from their second album, and the band started recording its fourth album at the eight-track studio that John and Michelle Phillips had built at their home (the four-track recording was usual that time). As John Phillips was an obsessive perfectionist, the band spent numerous hours recording every song, Doherty/Elliot thought the material was uncongenial, so, the recordings stopped and in September 1967 the band announced a break. The quartet had scheduled a concert at the Royal Albert Hall in London, which was finally cancelled due to the fact that Eliot was arrested for stealing two blankets and a hotel key worth 28 dollars when in England the previous February. Elliot was acquitted, but the strain in the band forced the band to call it quits. John Phillips and Elliot reconciled to complete the band’s fourth album; it was titled “The Papas & The Mamas”, it was released in May 1968, it didn’t have as an LP the desired feedback, but it offered four hit singles ("Twelve Thirty (Young Girls Are Coming to the Canyon)", “Safe in my Garden”, “Dream a Little Dream of Me” and “For the Love of Ivy”). With Elliot wanting to focus on her solo career, the band split at the end of 1968. However, that wasn’t the final split of the band, since The Mamas and The Papas were obliged to release one more album though Dunhill Records, according to the contract, which was extended until September 1971. Fortunately, it was decided that the band would release a fifth album through John Phillips's label, Warlock Records, distributed by Dunhill Records. “People Like Us” was recorded by the band members separately, was released in November 1971 and only one song from it was released as a single ("Step Out"). This fifth The Mamas and The Papas album didn’t have the success of the previous releases and was the band’s swan song. 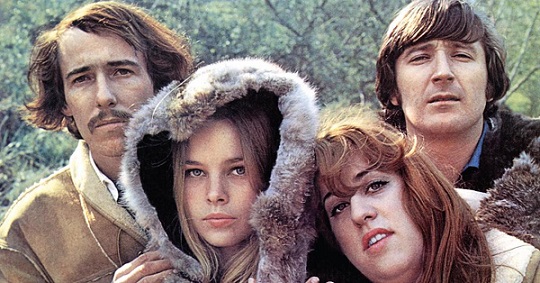 Following the band’s break-up, all the members sought a solo career, with Cass Elliot (who had already released two solo albums in 1968 and 1969) having the biggest success. John Phillips issued the critically acclaimed, country-influenced “John Phillips (John, The WolfKing of L.A.)” (1970), which didn’t go commercially well, Denny Doherty didn’t achieve something after 1971’s  “Whatcha Gonna Do?” and Michelle Phillips released one solo album and had more success as an actress. Cass Elliot died of heart failure in 1974, John Phillips died (of heart failure too) in Los Angeles in 2001 and Denny Doherty died from kidney failure in 2007.

In 1982 there was a revival of the band, The New Mamas and The Papas, by John Phillips, who was joined by Doherty, his daughter Mackenzie Phillips and Elaine "Spanky" McFarlane. This new version of the band didn’t release a studio album, except for some live album releases. In 1998 The Mamas and The Papas were inducted in the Rock and Roll Hall of Fame for its contributions to the music industry. 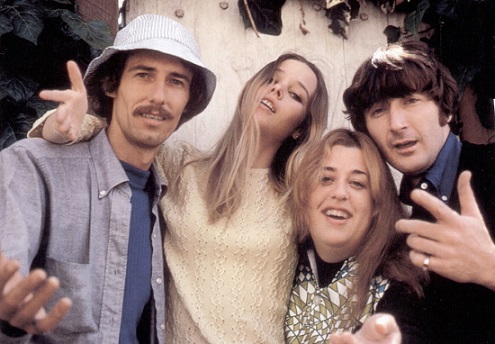 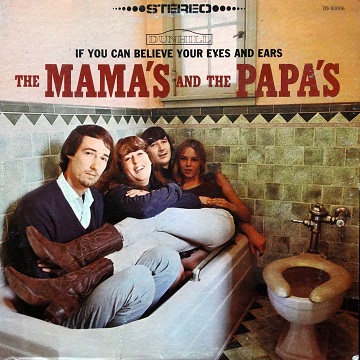 “If You Can Believe Your Eyes and Ears”

The first and best The Mamas and The Papas record, it features “California Dreamin’” and “Monday Monday”, it belongs to rock n’ roll’s top albums, a true 60s folk pop/rock masterpiece that should be in every record collection of rock n’ roll fans. Apart from these famous tracks, in this disc you will find beautiful songs that stand at the crossroads of folk, pop/rock and psychedelia. The vocal harmonies are quintessential, the acoustic guitars build with the rest of the instruments the perfect music base, upon which the quartet organizes its precious vocal work. The captivating melodies play the leading role in this sonic work of art, which proves the band’s musicianship and songwriting skills. What a superb album it is! 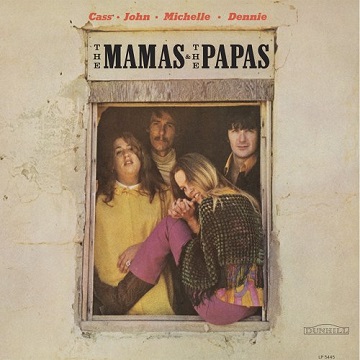 This is my favorite The Mamas and The Papas album. An outstanding example of 60s pop/rock music, “Cass, John, Michelle, Dennie” incorporates the melodic beauty, the rock attitude, the psychedelic mystery and the folk innocence of its period. The work that has been done on the vocals is outstanding and will make you understand why The Mamas and The Papas is one of the most talented vocal groups in rock n’ roll history. This albums contains the song “Dancing Bear”, which is a sample of intelligent psychedelia, as well as many other excellent songs, mainly penned by John Phillips. If you are searching for some great 60s rock n’ roll, with folk and psychedelic elements, look here and discover The Mamas and The Papas sophomore album – it’s perfect! 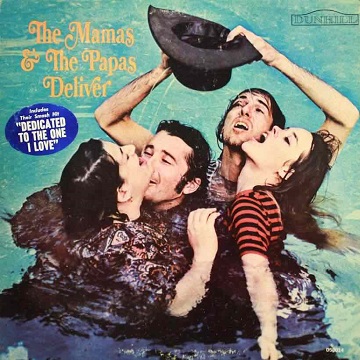 “The Mamas and The Papas Deliver”

This is the third album by the vocal quartet and probably their last “big” record. It took its name from the fact that the recording began shortly after Elliot announced she was pregnant with her daughter, Owen. The pregnancy and the birth were kept secret, because of the social taboo of the unwed mothers at the time, so with this record title the band wanted to imply that Elliot and the other members delivered a newborn creation. A great creation to be exact, since the album contains first rate folk/psychedelic pop and rock, excellent original compositions and cover songs, performed with the unique way of The Mamas and The Papas. However, the band sounds a little tired, you may feel that the connection between the band members isn’t so tight – that’s natural, because of the tension inside the band. Even so, the album is a fantastic sample of late 60s rock n’ roll, a milestone of the Mamas and The Papas, which is highly recommended! 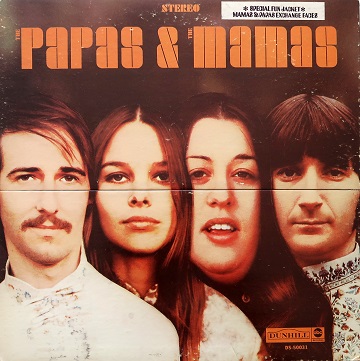 “The Papas and The Mamas”

Recorded at the home studio of John Phillips, this album reflects the problems inside the band bot musically and lyrically. However, it contains a lot of good moments, for example “Dream a Little Dream of Me”, “For the Love of Ivy", "Twelve Thirty (Young Girls Are Coming to the Canyon)" and “Safe in My Garden”. I personally would like to mention the awesome psychedelic rock piece, titled “Gemini Childe”, the nostalgic, dreamy “Too Late”, “Rooms” with its nice electric guitar and the trippy, eerie “Mansions” (all composed by John Phillips). If you find this album in a record store, don’t hesitate to grab it! 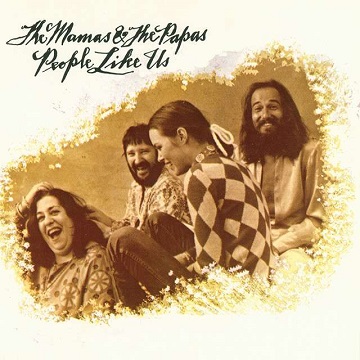 The final album of The Mamas and The Papas, “People Like Us” was released three years after the original split of the band, only because the band was obliged to release a last album via Dunhill according to the contract, it is produced and written solely by John Phillips (except “I Wanna Be A Star”, composed by the Phillips couple). Although still a member of the band, Elliot doesn’t sing a here, due to her illness during the recordings. Considered a disappointment, this fifth album bears the seal of the Mamas and The Papas and has the band’s singular group vocals. Phillips is a skilled composer, no one can deny that and the album’s fine moments, for example the amazing “Shooting Star” and the perfectly sang “Step Out”. It cannot be compared to the previous albums of the band, you can find it interesting though.