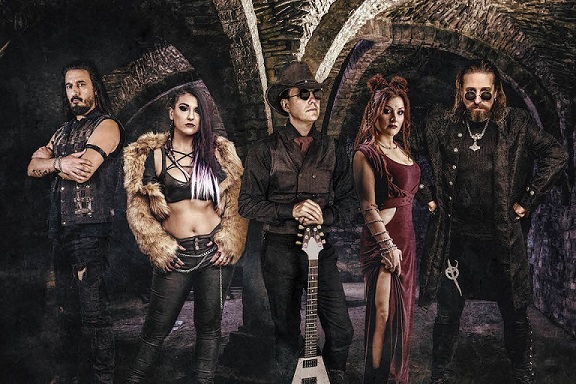 When it comes to symphonic metal, Therion is one the first bands that comes to one's mind. Their classically influenced music, with flavors of 70s progressive/symphonic rock and a traditional 80s heavy metal dimension, so evocative and intriguing, travels us to beautiful sonic landscapes, where we get lost in wonderful illusions. The new album of Therion, "Leviathan II", is the second part of the Leviathan trilogy and piques our interest with its high music value. Christofer Johnsson has prepared something magical and majestic, the symphonic soundtrack of an adventurous ride. Myth of Rock contacted immediately Therion mastermind Christofer Johnsson (guitars, keyboards, etc.) and the result was a very interesting interview, which you can read right here below.

Hello Christofer. Which are your feelings now, that you release a new Therion album?

It’s our 18th album, so it’s not as big of a deal like 25 years ago, of course.  And it’s also very different in these streaming days. Back in the past you’d know how the new album were doing a few weeks later seeing the chart entries. And the figures of the first sales 6-9 months after the release. Today you can see immediately what songs people prefer in the streaming and so on.

How do you remember the previous Therion album, “Leviathan”? If you had the chance, would you change something in this album?

To me “Leviathan I”, “Leviathan II” and “Leviathan III” are like three flowers goring in the same soil. So it’s very connected also to this release and the next one. I’m happy with the response. Every album we made have things I would change. There is no such thing as perfection.

Where would you trace the differences between “Leviathan” and “Leviathan II”? Are these two albums connected musical wise?

“Leviathan II” is a bit darker and more melancholic. We’re making a trilogy, all those albums are connected as we wrote and partially recorded them all at the same time.

Where do the lyrics of “Leviathan II” refer to? Are you inspired again by the occult/mythology/ancient traditions? Do you try to send messages through your lyrics?

Various occult and mythological themes as always. There are never any messages in the lyrics.

When and where was “Leviathan II” recorded? Who did the mixing and the mastering? To which things did you pay attention during the whole production process?

It was recorded in various studios all over the planet and then mixed and mastered by Erik Mårtensson in Sweden, just like “Leviathan I”.

Who are the main songwriters in Therion today? How is usually a Therion song composed nowadays?

Me and Thomas Vikström write basically everything. We both write on our own, but most songs we write together. Someone have an initial idea and mail it over to the other who then maybe get some idea how to continue to develop. Sometimes we write half each, sometimes it’s either mine or Thomas' song that the other one just made some smaller additions to.

How would you define your music style in the year 2022? Would you agree it is “symphonic metal” with progressive, gothic and folk elements?

I never understood this urge to have super detailed descriptions labeling what metal you play. Therion is a symphonic metal band mixing all kind of stuff. I don’t think we have any reason to specify ourselves anyway. There was no other band calling themselves symphonic metal before Therion, so anyone into symphonic metal should probably know how we sound (regardless if they like us or not).

Which are the music trademarks of Therion today?

Same like always I guess. We seamlessly blend a huge amount of influences.

Which feelings of yours do Therion’s music/lyrics reflect?

Most often they reflect my interests, not feelings.

How did the Covid-19 pandemic affect you as an artist and as an individual?

Covid itself didn’t affect us much, but the lockdowns and restrictions the authorities did obviously had a big effect. Touring had to be postponed and the albums had to be recorded on distance, as they shut down the airport here on Malta where I live, so no one could fly here to record and I couldn’t fly out. I guess my already low amount of trust in the judgement of authorities and the big masses got even lower.

What do you think about the current war against Ukraine?

As artists we don’t make political statements, but obviously we don’t think of wars as good things. We want peace and love for everyone. As artists we however notice that the sanctions are hitting Europe harder than Russia and that it pretty much killed touring this winter, as there is an energy crisis that will become even worse.

What should we expect from the upcoming “Leviathan III” album? Is its songs already written/recorded?

All songs for the trilogy were written in the same time period. Everything except some vocals is already recorded, it will be mixed later this year.

Do you have any tour plans?

Yes. We will do three only shows in Europe (including one in Athens) due to the unfavorable situation here. And then we will go to Latin America for some 20-30 shows.

Your message to the fans. 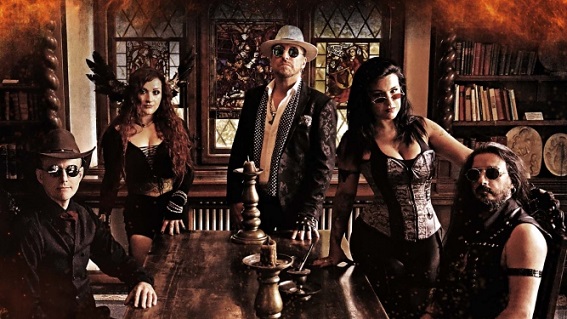