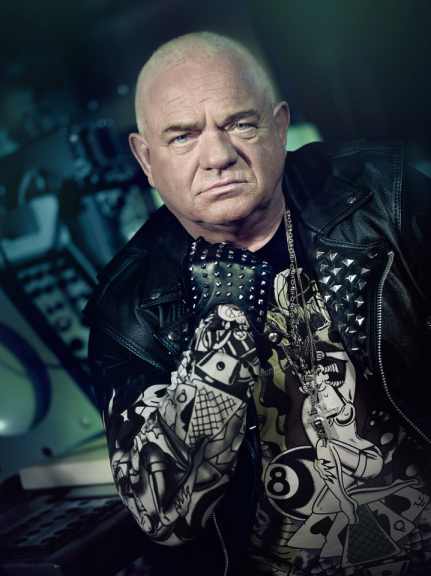 Udo Dirkschneider! No words, no comments, no introductions can describe this legend of German heavy metal, one of the most prominent personalities of classic heavy metal! You can imagine my surprise and great joy, when an interview with Mr. Dirkschneider was scheduled. The German singer has just released his new, cover album, “My Way”, and was so kind to answer some of the questions that filled my mind for days and nights! Although there were some technical problems, we had a not so long, but very interesting chat. Thank you, Mr. Dirkschneider!

Why did you decide to release “My Way”, an album only with covers, at this point?

Let’s say that it wasn’t really planned in the beginning, it has just happened while we were working in the studio, during the pandemic, you know, we had a lot of time due to the coronavirus. So, in the beginning it was just for fun, but then we understood that the whole thing sounded really great and sooner or later, we started talking about doing more of that stuff. Yes, then I made my own list with all my favorite songs that were written in the end of the sixties, the seventies and the eighties. Well, yes, we started working on some songs, then we talked with the record company about putting out maybe a cover album and they were positive. Here we go now, we have a whole album with cover songs and I am really happy in the end, that I did it. It seems that everybody likes it, yes!

With which criteria did you select the songs that you covered and finally are in this new album?

These are some of my favorite songs. Whenever I listened to music, these were my favorites. They weren’t the songs that inspired me to make music, they were just my favorites back then, and of course, now they are on my new album.

Which was your attitude towards these classic songs? Did you try to stay loyal to the original recordings or to give your own style to these songs?

I liked very much your version of the Queen classic “We Will Rock You”.

Were there any songs from the ones you chose to cover, which were difficult for you to perform?

Yes, of course, that was the German song I chose, “Kein Zurück” by Wolfsheim. It was the first time I was singing in German, and I admit it really was a bit different from singing in English, haha! The German language is a difficult language, when you sing in German, the words come out much harder compared to when you sing in English. I admit it was very interesting for me to sing in my own mother language!

How does it feel entering the German album charts with “”My Way” and reaching number four? We are talking about a great success!

Indeed, it is a good feeling, of course, haha, but I didn’t expect it, you know! Well, I mean, it is a cover album, we said, “OK, we will see how it goes”, and yes, it got the fourth position in the German album charts, also in the Swedish album charts, now. I don’t know, it’s really a big surprise and I really appreciate it!

How do you see now your latest album as U.D.O., “Game Over”?

Yes, I like this album very much and many songs from it will be on our live set now that we finally can go on tour again! Now we also want to present the “Game Over” album to the fans. It is the most important thing for us now that we will finally be on tour again.

You are in a new label now, Mr. Dirkschneider, since you moved from AFM Records to Atomic Fire Records.

That’s right. I don’t feel anything bad against AFM Records, I was there for sixteen years! But, you know, Atomic Fire Records came up and offered a new contract. I know all the Atomic Fire guys, they were in Nuclear Blast. I thought it was good to make the right move at the right moment, to get some fresh blood and judging by what they have done with the cover album, yes, that was a right move at the right time.

Let’s go now to the past, if you don’t mind. First of all, how did it come and you become a singer?

Ohhh, it was not really planned, it just happened, if you know what I mean! It was long, long ago, back in the end of the sixties, when a lot of people wanted to sing with a really unique voice and to be different form the other singers. I didn’t decide to become a professional musician in the end, but it just happened. Now I am doing these for over forty years …

When you started your singing career, who were your vocal heroes?

I didn’t have any vocal heroes! Of course, I was listening to a lot of people, but I never tried to sing like … Ian Gillan or whatever! I always was trying to do my own thing.

What do you feel when you hear the name of your previous band, Accept? How do you feel, when someone is referring to Accept?

Of course, it is my history, I was the founder of Accept in 1968, there was no Wolf Hoffmann, Peter Baltes, Stefan Kaufmann back then. It is part of my history, I am having U.D.O. for a longer period than the time I had Accept. I am OK, yes.

Which is your relationship with Wolf Hoffmann nowadays?

I have no relationship with Wolf Hoffmann.

If someone, a record label for example, came to you and told you “come, make a reunion with Accept”, would you say yes?

No, definitely not. That’s my quick answer. No. Haha!

Well, there will be no reunion, I am really happy with what I am doing with U.D.O.! I have a good band around me and Accept is over, it is history for me. So, I don’t have any plans to do a reunion.

OK, Mr. Dirkschneider. Which album from your long career would you say it is your favorite?

They are so many, … from the Accept era I would say “Breaker” and from U.D.O. I would say the latest album, “Game Over”, it is a very interesting album for me.

How do you feel, when a young musician comes to you and says, “You are my first influence!”?

Yes, of course, we definitely inspired a lot of musicians with Accept, with albums like “Breaker” and “Restless and Wild”, but also with U.D.O., there are many young bands inspired by us. This fact makes you aware that you produced something good.

How did the COVID-9 pandemic affect you?

There was no tour, so … in two years, we did only four shows! I was lucky enough to have the opportunity to do a lot of stuff at the studio, but also stay at home, doing nothing, that was a bit boring, you know. Now that this thing is over, we will start touring again. So, here we go!

Mr. Dirkschneider, your message to the Greek fans!

Yes, I hope that we will do some shows in Greece, in our European tour! In the meanwhile, stay heavy, stay healthy and hopefully we will meet each other soon! 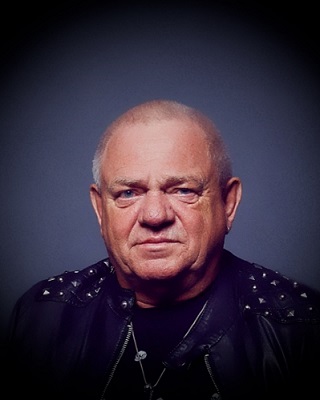