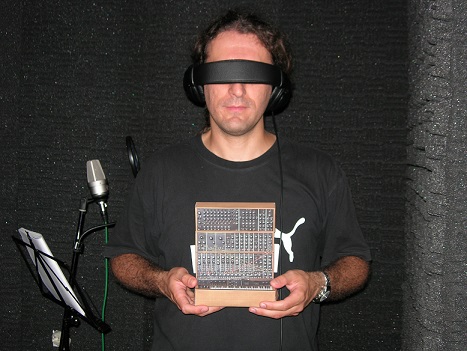 The "Zantea Chronicles: The Dream Dominator" album by Forbidden Myth is a big surprise for every prog hard rock fan, since it is reminiscent of the 70s prog rock albums and their keyboard dominated sound. A complex conceptual work, the first chapter of the Zantea Chronicles will take you on magic journey, which was organized by the man behind Forbidden Myth, Antonis Adelfidis. Myth of Rock, having experienced this fantastic journey, came in contact with Antonis Adelfidis and had a nice chat with him. Right below you can read all the intersting things that were discussed.

Hello Antonis! When and under which circumstances was the project of Forbidden Myth conceived?

Hello and thanks for the invitation. Three years ago I decided to write an epic rock concept album based on a dream I had seen many years ago. That was the beginning of Forbidden Myth.

Who wrote the music and lyrics of the “Zantea Chronicles : The Dream Dominator”?

I write both the music and the lyrics for this project.

How would you define the musical style of Forbidden Myth? Is it keyboard-driven progressive rock?

Yes, this is a keyboard driven project, there is a lack of electric guitar/bass guitar. We try to have a rock/hard rock sound without these two fundamental musical instruments for these genres. So we use a distorted hammond for rhythm parts and a Rheem key bass for bass parts. t. We try to sound like progressive rock/hard rock bands from the seventies.

“Zantea Chronicles – The Dream Dominator” is a concept album. Can you narrate us the story in a few words?

This record is based on a story by Myrto Gregoriadi. I dreamed of the main character, Sirin, and Myrto wrote this beautiful story for me. It is the struggle of a Princess against her father, King of Mirandor, Morzan and the lord of darkness, Vosar, to free herself and her mother’s soul and bring peace to the kingdom.

“Zantea Chronicles : The Dream Dominator” is a very emotional musical work. In my opinion, it is a melancholic album. Do you agree with me?

I agree. As a concept album it is full of emotional moments. All the singers and musicians gave their best efforts to bring all the characters of the album to life!

Where was the album recorded? Who did the mixing and the mastering?

The album was recorded and mixed by me at Hydraulis Studio. It was mastered at Studio 222 by my good friend and collaborator, Dimitris Delis.

What does inspire you as a musician? Which are your favorite artists?

Love, religion, human relations and problems. Also movies, books and music records. All that give me the inspiration to write. There are so many, my list is endless. I will name some: Ray Manzarek, Jerry Lee Lewis, The Beatles, Pink Floyd, Queensrÿche, Toto, Eurythmics, Prince and so many others …

A lot of musicians participate in the “The Dream Dominator” album. How did you select them? How difficult was it to organize the whole process?

I am so happy that all these talented singers and musicians are good friends of mine, so it was very easy to organise the whole process. I want to thank everyone for their love and creativity. Without them, my dream to make this record, would never have come true!

The duration of the “The Dream Dominator” album is almost two hours. Aren’t you afraid that many fans won’t have the patience to listen to the whole album thoroughly?

I am sure that many people will never listen to this record due to its long duration. I would suggest them to give it a try, it will not disappoint…

Would you like to perform this first album live on stage in its entirety? How difficult/easy would be that?

Unfortunately, we have no plans, for now, for live shows with Forbidden Myth, because it’s a very big project (eight singers) and it’s difficult to find common time for rehearsals. I hope to find a solution and do some live shows in the future, to present the album to the audience.

If you had the chance to change some things in the “The Dream Dominator” album, what would you do?

When I relisten to a finished record, I want to change many things. We worked very hard, for two years, and I am very happy with the results. 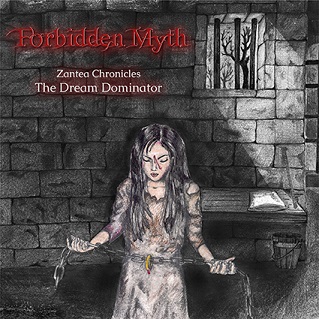 Have you already started writing songs for the next chapter(s) of the “Zantea Chronicles”?

In the near future we will start writing the story for the next Forbidden Myth album. We are planning to release many albums. Myrto made a mythical world and we want to tell you many more great stories!

Is this first album self-released? Have you contacted any labels for the next Forbidden Myth albums?

I work with Angels PR, for the promotions of this record. We have contacts with some labels to release this album in physical format. If we don't have any deal, I plan on creating my own label to release the next Forbidden Myth albums and the rest of my upcoming projects.

How has the COVID-19 pandemic affect you as an artist?

I had plenty of time to finish “Zantea Chronicles: The Dream Dominator”, so I had no problem…

Which are your ambitions for Forbidden Myth?

I hope people listen to and love our new album. As I said, In the near future we will start writing the story for the next Forbidden Myth album. Also I hope to do some live shows.

Thank you very much! All the best!