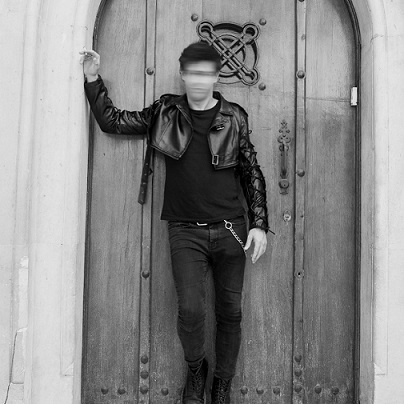 Lupe, the singer of Mosquito, a skilled musician of the Greek dark wave/alternative/art rock scene, is coming back with his new, sophomore solo album, titled “Dark Room”. Bedazzled by the beauty of his new songs, Myth of Rock came in contact with Lupe and had a nice chat with him. Lupe’s answers, interesting and to-the-point, will help you understand more his music and lyrics. Shall we enter the dark room?

Almost a year has passed since the release of your debut solo album (“Burn”). How do you see that album now?

This album marks the founding of the solo project ''Lupe''. It is a subconscious and spontaneous expression of thoughts and feelings which ended up meeting the cause of its creation. Ι feel it as the introduction to the vast world of composition and production, in a way that I can now build a balance between the true expression of emotion and the most "professional" management of my music, because these days, a musician is invited to project his work in a world of infinite stimuli that is based on image.

You have finished working on your second album as Lupe, titled “Dark Room”. Can you introduce us to this sophomore album, please? Where would you trace the differences between the first and the second Lupe album?

Division, Anticipation, Acceptance, Disclosure. "Dark Room" is a fairly different album from the first one. The element of experimentation is there, but more consciously, as well as, it is the first time I actually write lyrics. The theatrical style and the usage of electronic but also classical instruments and harmonies, also adds a progressive rock tone. It is a concept album having the voice as the dominant instrument.

Which musicians played on the “Dark Room” album?

Guitars in “The Corridor”, “Eyes Cold”, “Torment” were played by Nikitas Kissonas (Methexis) and in “Yet” by James (Mosquito). Clarinet in “Dark Room” was played by Yannis Georgopoulos.

Where and when was “Dark Room” recorded? Who did the mixing and the mastering? Which were your artistic priorities/goals during the whole production process?

The album was recorded and mixed by me at my home studio (ML Studio) and mastered by Ilias Doumbakis. The most important goal for me was to find the best balance possible between the pure expression and the professional sound. On the other hand, I had to have total control of this process and that's why I took over the mix. Another thing that mattered for me was the independence of composing and recording any time. So I recorded almost all instruments using the best libraries possible and at this point, I would like to thank my friend George Golegos for his important contribution. Finally "Dark Room" was an important step for my evolution as a vocalist and as a composer.

How would you describe the musical style of your solo albums? Where do your lyrics refer to? What does inspire you to write music and lyrics?

I name this style “Gothspel” and it is a mix of art rock, darkwave and alternative. There are no written lyrics on the first album, for they are the result of improvisation. Nonetheless, I can now say that “Burn” was the prophet of ''Dark Room''. In "Dark Room" the lyrics mention the acceptance of the separation from a vast and futile love. Generally, I get inspired from many things unconsciously and the lyrics are coming out through improvisation.

Your music is dark and atmospheric. Why is that? Is there a light at the end of the tunnel?

I am a very optimistic person and I love to live and create nice moments. I think that the music is keeping the balance. There’s always a light for me.

Which emotions and thoughts do you express through your songs?

I am expressing all of my thoughts. Music makes no exception, in my opinion. That is one of the main reasons why I believe that music also has healing abilities.

Firstly it was my band Mosquito. Also Jargon (Verbal Delirium) with whom I' ve spent many hours listening to music and finally the fact that I graduated from the National Conservatory, gave me the opportunity to experiment with harmony and finding my identity as a composer. Last but not least these are some musicians who made the difference in my music mindset and feeling - David Bowie, The Cure, Peter Gabriel, Pink Floyd, Sisters of Mercy, Bauhaus, The Muse, Pain of Salvation and more.

Which is the news from the Mosquito camp? When should we expect the new album?

The new album of Mosquito is already in the recording process. The album will be released approximately in September 2021.

You have just released the debut EP of your side project, Onism. How was Onism formed? How different are the songs of Onism, compared to the songs of Mosquito and Lupe?

Onism was formed when Luna and I were improvising and playing some music in my studio one year ago. We created four cover songs and then we decided to start this new duo music project. After the EP, we just finished our first album, which is going to be released on July 1, 2021. All the three projects have their unique sound and feeling. The difference is huge and that is the point of having other projects/bands. Different instruments, people and emotions are leading to different songs. The only thing they have in common is the need for expression. 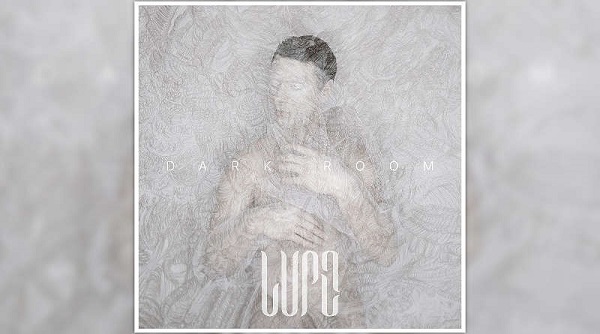 Apart from a singer, you are a vocal coach. When and under which circumstances did you start teaching?

I just wanted to offer my knowledge to people who either are trying to express themselves or want to create their own professional vocal identity and career.

You are a gothic/dark wave artist. How do you see things nowadays for the goth scene? Are there any good new goth album releases?

I believe that there are many good releases nowadays. The thing is that almost none of them are going to be heard widely. Both the music industry and the listeners are constantly pushing artists to care more about their image and less about the music quality and originality. In fact, today every new sound is considered as underground music. I think that the word gothic is a very misunderstood term. Of course there are good releases nowadays. But unfortunately you have to search for them. Some great examples of the new darkwave scene are the albums “A Hero’s Death” by Fontains D.C. which became popular and “Garden of Lies” by the greek band Grey Gallows.

Covid-19 pandemic and lockdown – a reason to get depressed or a chance to get expressed?

For me this difficult situation was a chance to see things clearer and to get expressed.

You have played a lot of times live in concert. How would you describe yourself on stage? How important are concerts for you?

With the continuous vast growth of technology, any person can release an album these days. Live concerts are the only event where an artist shows whether he/she’s real or fake. So, they are the most important thing for me. I could not describe myself on stage, because it feels like I just got into the huge world of music and I have many more miles to walk.

Your message to the readers of Myth of Rock!

Thank you for your time and I hope to see you soon on stage! Thank you very much for giving me the chance to share my thoughts. Stay tuned!!!