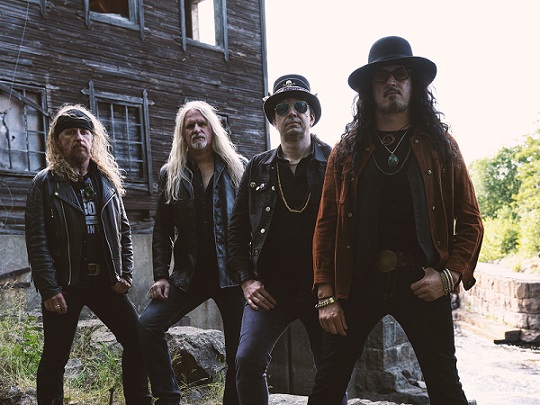 Speaking with a very favorite artist of mine, Magnus Ekwall, the vocalist of The Quill from Mönsterås Sweden, is an opportunity which does not happen very often. This time, we had a chat about the band’s new album “Earthrise” and other topics as well. Personally, I consider Magnus one of the best hard rock singers from Sweden, and it’s really a pity that the band cannot play live right now, so that we can listen to their new material but also to their old classics. Magnus is speaking to you, the readers of Myth Of Rock from his house in Mönsterås. I hope you enjoy it!

Hello Magnus! I would like to start by asking how you are doing and how this almost one year of the terrible pandemic has affected you both musically and personally.

At the moment I feel like shit, been hospitalized for a week but hopefully getting better. Of course, it has been a different year in many, many ways. Personally, I miss meeting my friends and relatives when I want to. Music wise it has been a different year too. Since we cannot rehearse like before we have tried to write over the computer so to say. The others are sending me riffs or part of songs and I try to figure out melodies and record them at home in my basement. This is not the way we usually write music but I kind of like it. I have a few songs ready for what hopefully will be the next The Quill album.

“Earthrise” is about to be released in a few days. How does it feel to be back in action with the band releasing a new album? It’s been four years since “Born from Fire”.
It feels fine that the album finally is released. It was first set to be out in July 2020, so it has been a long wait for us. Four years is a long time, and it was not our intention to wait that long for a follow up to “Born From Fire”. With no gigs or touring we decided to put some effort in doing videos for three of the songs instead.


Give us a bit of background from the writing process for “Earthrise”. When was it recorded, your contribution to the record and any characteristic moments when you were writing/recording it?

The songs on Earthrise were all written before the pandemic and we started the recording process around Christmas 2019 and finished it late spring last year. It took a while, but we had no reason to rush things. The studio we used is close to where we live so we did it in several sessions over a long period of time. I write all the melodies and all the lyrics; I have always done that in The Quill. We kind of jam parts of songs or riffs in our rehearsal room and suddenly we got a song. This process takes a bit of time but that´s the way we do it. All four of us are active during the writing process. We recorded a bunch of songs that never made the album. Among them a couple of covers and songs in Swedish, we have some plans for them, but we will see what happens.

Listening to the record, I have noticed influences and references from/to Black Sabbath, Led Zeppelin and/or Uriah Heep. Could you give us your opinion about how you guys wanted to make it sound like? What was your intention or thoughts?
We wanted to get the feeling we had when writing and recording “Silver Haze” in the late 90s. Back then we just wrote without any intensions at all, just had a laugh. I don´t know if it ended up like we wanted. Since we recorded many songs, we decided to make an album with all kind of different songs, slow, fast, heavy and so on.


How did you first meet with the rest of the band and how was The Quill formed back in the 90s? Additionally, how does it feel to be the same band after so many years?

I have always known Christian; we grew up in the same neighborhood. They called themselves Quil back then and needed a singer back in 1989 and we started to write some songs. We wanted a more 70s sound and it took us a few years to find the right vibe. When Roger entered the band in 1993, we found the last piece of the puzzle and started to plan for what was to become our first album. As you know I left the band back in 2007, I have had enough, and it just was not fun anymore. One day back in like 2015 Christian asked me if I could sing when they were doing a KISS cover gig at a local pub. We rehearsed and of course we tried a few old Quill tunes and suddenly Christian had a riff and I had a melody and so it went on until we had five songs we recorded. It was never a planned come back for me, but the wheels just kept turning and here we are today. Of course, the band means a lot to me and is a huge part of my life.

Back to “Earthrise” now: in the press release for the album, you have noted that ‘the lyrics deal with different types of alienation which I see as a rising problem in the world today’. Would you like to elaborate more on that and what specific challenges you see taking place?
I really don´t like to talk about my lyrics but it seems that I always have to because people want to know. I don´t take my lyrics too seriously, I see it more like a painting, I paint the song with words. Mainly they are about the somewhat cold world we live in today but there is also lyrics about addiction like in “Keep On Moving” and “Left Brain Blues” touches the subject diagnoses like ADHD.


What is the story behind the futuristic cover of “Earthrise”? Whose idea was it and what are the symbolisms behind? Are earth and humanity already under attack? And what are the messages behind that, in association with the lyrics of course.
The cover is made by Sebastian Jerke who also did the “Born From Fire” cover. I send him my lyrics and he kind of comes up with a few ideas and we send them back and forth until we are all satisfied. There is no message or intentions with the cover, just a cool piece of art that reflects the songs on the album.


What is the first thing that you currently miss and would like to do as soon as the pandemic ends? I could guess but I wanted your opinion, ha, ha!
Of course playing live again, miss that. Otherwise just meeting friends and family again, the way it was before the pandemic. I am not a social person, I like to be by myself at home so that is not a problem for me, but I can understand people getting frustrated when forced to stay at home, it is not good for your mental health.


Tell us a bit about your music upbringing since you were a child. Who were your music idols, bands and also who have influenced you more as a singer and artist all those years?
My mother loved music! She was a great piano- and accordion player, she always played and inspired me a lot. My dad was into big band jazz and had a great stereo set-up which I used a lot. I have recordings of me singing “Hot Love” by T-REX must have been around five years old. The first real vinyl record I bought was Nazareth – “Hair of the Dog” and I still have it in my collection. Also had Sweet – “Desolation Boulevard” and Aerosmith – “Get Your Wings” on cassette. Started to play guitar in a local band when I was around twelve, but I never had the patient to practice enough so later I became a singer. When I was a teenager, I loved Ozzy Osbourne and Black Sabbath with Ronnie James Dio and I still do.


Speaking about your influences, do you have any specific Swedish artists, bands that you admire mostly and consider them as your influences while growing up?
Not really, but I grew up with ABBA. You just couldn´t escape them, they were everywhere. I like them better today than I did back then. I was really into Ebba Grön for a while, bought their first singles, played in a punk band called Suicide. I had a friend who had older brothers and we used to listen to their Nationalteatern and Motvind albums.


Do you currently listen to music and if yes, any particular artists, old or new? And also, do you prefer listening to albums through the vinyl player or you are a fan of Spotify etc?
I love vinyl, think I was the last person in this town to buy a CD player. I never got rid of my vinyl records which many of my friends did. I use Spotify mostly in my car but if I hear something, I like I buy the vinyl. I listen to old seventies rock mainly, Sabbath, Zeppelin, Humble Pie, Faces and that kind of bands. I listen to some stoner rock; I like the latest Psychlona album for instance and Freedom Hawk and Orchid. But I am quite broad in my taste of music and can listen to Emmylou Harris and Bob Dylan as well.


Any special message to your fans?

I wish that The Quill someday will be able to play Greece, never done that. Thanks for the support! 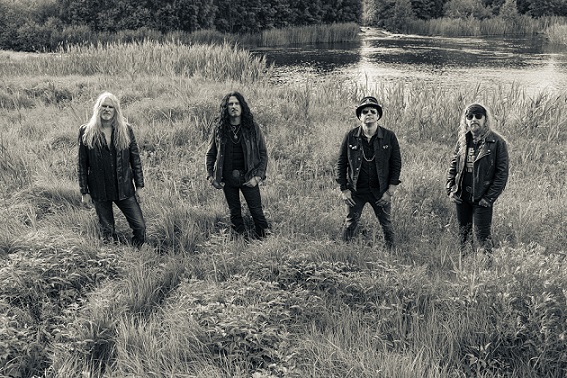