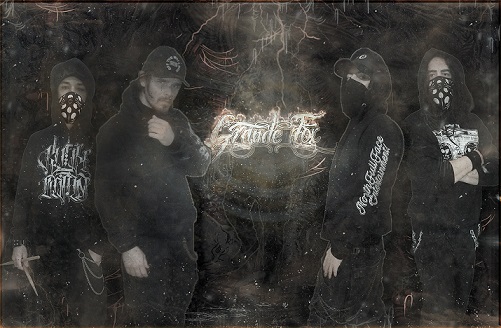 Grande Fox, the psychedelic heavy rock band from Greece, have set the bar at a high level. The full-length album “Space Nest” and the EP “Kulning” were only the beginning. Myth of Rock, mesmerized by the heavy space sounds of the band, contacted Nick Berza (vocals) and Zao Lefteris (guitars), who answered our questions. The next chapter of the Grande Fox story is titled “Empty Nest”. Shall we proceed?

For those who don’t know you, who are Grande Fox?

Hello, thank you very much, we are very happy about this interview! Grande Fox is a psychedelic rock band from Thessaloniki which was founded in 2013 by two talented persons and musicians, Nick Berza and Zao Lefteris. They matched very well as personalities and they had a big vision of creating a band with dominant elements such as timelessness, high goals, experimentation, professionalism, spirit and independence. In its first steps the band started with session members and was playing cover songs in different live stages in Thessaloniki. However, they were in the process of finding permanent members who would frame the band. After a period of time, a need for emotional expression was created and they started to experiment with new material, new music. The results of that was our debut LP album, called ‘’Space Nest’’, which was released in 2016. Until now we count two more projects - our second EP album titled ‘’Kulning’’ and a single called ‘’Documento’’. Nevertheless, we would like to announce that our new LP album is on the way and it will be released in February. All projects are fully accompanied by visual material, such as artwork, video clips, photographs, that represent them. Some of our most remarkable performances were in Cyprus with Nightstalker and in Blackland Rock and metal bar in Berlin, Germany. Nowadays and during the last two years, two permanent members were added in the group. George Chaikas in the role of the bassist and Dimitris Loukas in the role of the drummer. The position of the second guitarist is taken by Pavlos Georgiadis. He is a professional guitarist, teacher and friend, who helps the band in its live performances.

Which word do you think is the best definition of your sound? Stoner? Metal? Something else?

We could say that we are not minimalists. We believe in complexity and diversity and maybe that’s why most people find something special in our music. Our best definition of our sound is psychedelic heavy stoner rock music.

Which moment do you consider your highlight and which one as the worst of your career?

Life is a journey. In every route you make in your life you face good and bad moments. The sure is that, in each of these, you receive a message, you learn something. Two moments we will remember as highlights are the time we went to the studio to write and record our debut album. You know, feelings are very special, because you record for the first time your own project for which you’ ve worked and spend so much time to compose it. The second one is, when we traveled to Berlin for our live show in Blackland. On the other side, there was a period we had some bad moments due to differences created among the members of the band. This was combined with some facts that were happening in our lives outside of the band. So, it was one of our worst moments in our career.

Our influences from the very beginning came from bands like Rage Against The Machine, Limp Bizkit, AC/DC, Korn, Tool, Godsmack, ZZ Top, Nightwish, Slipknot and many other bands. The thing is that we were always a band that didn’t put boundaries to what we listen to. We are affected by lots of bands from various genres. For example, Red Hot Chili Peppers is a band we admire so much despite the fact that they have a different style. Music has no limits.

Talking about “Kulning”, which is the concept of your EP? Also please let us know some details about your upcoming album!

Well, our second EP album is a very special trilogy, called ‘’The valley of Unknown’’, which consists of three chapters. These chapters describe a journey or a fairytale that takes place. The main characters are a witch that Aggelina Papadopoulou incarnates with her amazing voice, a hermit, a druid and Erebus. It is remarkable also the participation of Stephen Keeman who plays cello with that magic way. Regarding the second question, we are very happy and looking forward because we will release our fourth project in February. It’s an LP album titled ‘’Empty Nest’’, which includes eleven songs. You will hear once again something unique from us. Heavy riffs, lyrics with deep meaning and strong features of rage are some of the elements you will hear. We released the single ‘’Hangman’’ the previous month, which is one of the album’s songs accompanied by a lyric video. You can check it out for a first audiovisual contact and stay tuned, because many more will follow in the visual part.

Sometimes your vocalist sounds similar to established rock-metal singers! How difficult is to sound so great? What do you have to sacrifice for technique and studies?

There are many necessary things you need to improve in this field. First of all, you need to spend many hours of practice and experimentation. As every musician who works with his instrument on a daily basis, a singer should constantly work on his voice. It takes passion, perception and technical ability that will come through the hard work. He must remain focused and do research on interpretation and the techniques of it. Something that is also important is experience. Live shows are the one will give you the experience you need, as you are exposed to people who judge you either positively or negatively. In the end, in combination with your skills, live shows will guide you in the development process. What a singer needs to understand is the range of his abilities in order to realize his limits and how he is going to extend them.

Many things have changed in music since the ‘90s. How do you see these changes and music, in general, now?

It is true that things have changed to a large extent. Music was simpler then compared to today, without implying that now music is better. In the 90s many bands appeared in the world music scene, such as Nirvana and Guns ‘n Roses, which were a huge influence and they are still considered as idols for all of us. They brought a special, grunge and revolutionary sound and lots of their songs became hymns that we still admire. Now things are quite different, but it makes sense because technology is constantly evolving. Music follows the stream of technology. Lots of new stuffs, sounds, audio material processing and composition are made and developed thanks to electronic systems and computers. Changes like that have affected the music scene and bands experiment and create new electronic sounds and generally new music with lots of various and complex elements. That’s why we see hundreds of bands and we find difficult to specifically characterize their style.

Greece has always been mighty about culture and especially music. Why do you think this happens and how’s the scene nowadays?

We believe that all this started and flourished from our ancestors, who brought and taught culture in all the lengths of the world. In general, Greece has always loved music. Music flows in our blood. You listen to it and you find its company everywhere. Whatever has to do with fun and entertainment, music is one of the key factors. People who deal with music in Greece make up a large part of population. Greeks are everywhere. There are too many Greeks even abroad that live in other countries and are involved in the music scene. Overall there are many talented and remarkable musicians and bands out there that work hard and want to get involved with music at a higher level and make their dreams come true. There are several bands that have already achieved great things in Greece and abroad. However, we believe that the music industry in our country has developed less than in other countries like the United Kingdom and should support more and give more opportunities to newer bands to show off their talent and work.

How do you see the financial and social issue in the world, today? How are the things in Greece and how do you feel about all of this?

The situation is extremely difficult today both financially and socially. More specifically, from the moment Covid-19 appeared and the countries’ governments were forced to take restrictive measures in order to protect people from the virus, households have been hit financially. They closed or under-operated their businesses, resulting in severely reduced incomes or no income. This also happens in Greece. Lockdown has negatively affected businesses and some of them close and stop working completely. People are very indignant and divided. A huge social problem that prevails in the world is also immigration. It's very sad as in war-torn countries people have left their homes to save themselves and their children and now they are looking for asylum in countries like Greece. We are clearly sad about that. All these have affected us psychologically and we are very concerned. It’s a difficult period and we have to be patient and strong.

What can we expect from Grande Fox in the future? When will we see you live on stage? Any booked shows?

We feel very good, we feel productive and we will surely continue the hard work because we have a lot to give and show. The next period we will focus on our new LP album. New audio and visual material is being prepared for release. Generally it will be a very interesting and complete project which we believe will interest you. Unfortunately due to the Covid-19 we cannot organize and play live. We missed live shows so much, but we all have to be patient and take care of our health until we overcome that situation. We hope this happens soon. The only scheduled live we have is in Bucharest, Romania. We will have the pleasure to be the opening act for the Greek band Villagers of Ioannina City. However, we don’t know the exact date yet. It will be probably after the winter.

We would like to say once again to people to be patient and protect themselves and their families. We will all return on shows with more thirst for music and we will wait for them to meet them and talk up close. Finally, don’t forget our new release ‘’Empty Nest’’. It will be out on February 19th.

Thank you for your time and congratulations for your great work until now!

Thank you too, it was our pleasure! 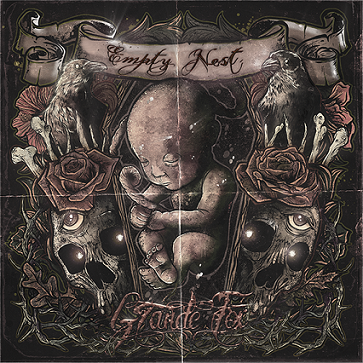