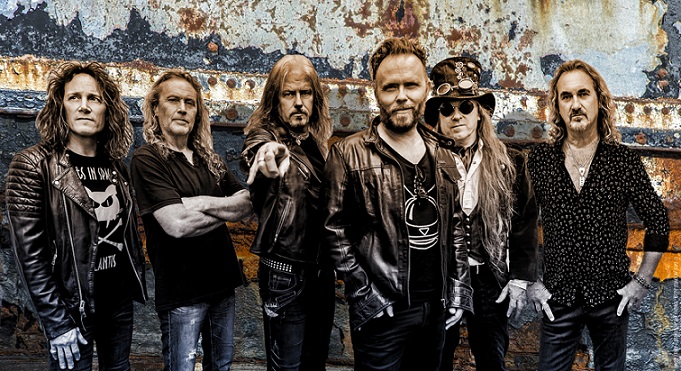 Some months ago I came across an article about a band called Cats in Space. I thought, “what a strange name”, but when I read that they combine elements from bands like Electric Light Orchestra and Queen, I promised myself to take a listen to this band. I got their first album, “Too Many Gods”, and I was shocked! "What a great pomp rock band is that", I said! "What a huge sound, what vocals and keys!!!". Well, I became a fan, and now that the Cats are releasing their new album, “Atlantis”, I am so impressed – it is indeed one of their best albums, a fantastic release that will mystify every classic rock fan! We talked with Greg Hart (guitars, backing vocals) and here below you can read all the interesting things that we said!

When, where and by whom was Cats in Space formed?

Cats was formed in 2015 by myself and Steevi Bacon (drums), the whole thing was originally just a studio project for songs written by myself and Mick Wilson (vocals, guitar, percussion, 10cc). We’ve come a long way since then!!

Why did you decide to name the band Cats in Space?

A name people would love or hate, but never forget!

Cats in Space is releasing its new album, “Atlantis”.  Which are your feelings?

The signs and reviews have been incredible. We felt it could be the best album of our career, and it seems we were right. We even went to Number 1 in the UK independent rock chart on its week of release...!!

Where would you trace the differences between “Atlantis” and the previous Cats in Space albums? Do you think that the new album is heavier and more epic?

Yes it is, we wanted to capture more of the live sound we have, which is huge and rocks a lot, but still retain the production and quality of the studio side too... I think we did well, a good sign for the future!

I am the main writer and on previous albums I had my co-writer Mick Wilson alongside, as it was us that started back in the first album with “Mr. Heartache”. Each song comes from outer space - I channel it, when they come to me!

Who did the production of “Atlantis”?

I produced the album, which was great fun, and as always, we had our studio engineer Ian Caple at the helm. He’s been on all four albums.

You have a new singer, Damien Edwards, known for his role in the Jeff Wayne’s musical “War of the Worlds”. Why did you decide to take him in the band?

He is simply the best vocalist there is… and I mean that! He’s a good friend and everything lined up for him to join us!

Your music is pure, glorious pomp rock and I believe that you are influenced by bands like ELO, Queen and Styx. Do you agree with me?

Which are your five favorite albums of all-time and why?

“Jailbreak” by Thin Lizzy (it literally changed my life as a 13 year old), “Frampton Comes Alive” by Peter Frampton, still possibly my favourite live album ever, “Queen II” by Queen, an album that will influence everything I do forever. “Sweet Fanny Adams” by Sweet, the most undervalued album of all time, a classic that is timeless.  And I would have to have a Carpenters album, because Karen Carpenter is the finest vocalist ever.

It is said that you are one of the best modern classic rock bands since the 70s. How do you feel about that?

Wow, that’s amazing...!! Whoever said that, thank you! We do seem to be ‘tapping’ into  a lot of people who have wanted a band like us to come and take them back to better days… that is always our aim. Make some magic! I am humbled by this question, wow…

You come from England. Are there any other new bands who play in this “classic rock” style? Is there a scene in the UK?

I don’t think there’s anyone who is like us really, some ‘dip their toes’ into the sound and play at it a bit with harmony vocals etc., but  you need huge balls to go the whole hog and do what we do, so I’d have to say no... I think we stand alone (asides from Uriah Heep and the old bands who still sound fabulous today).

Where do the lyrics of the “Atlantis” album refer to?

It’s up to the listener to decide, but everyone has an Atlantis where they’d love to go to…

Who created the cover artwork of “Atlantis”?

Andy Kitson, who does all our artwork, isn’t he the best! A real “old school” artist like we had in the 70s... see, even the artwork has to compliment the music we do. It’s magical.

How much important are live concerts for Cats in Space? How do you feel now with the Covid-19 restrictions and the cancellation of tours, festivals etc. due to the pandemic?

It’s been tricky and as right pain! But let’s hope 2021 will be back to normal quick.

Which are your future plans? A message to the readers?

We will be touring a lot to support this album and the signs are good, so we should be able to tour it a year or more, then we will be preparing the next album too… everything’s lining up great. And finally thanks to everyone who has read this and bought the Cats albums… if you support us and spread the word, we will come to your town! Stay safe! And remember… “Everybody wants to be a cat”! 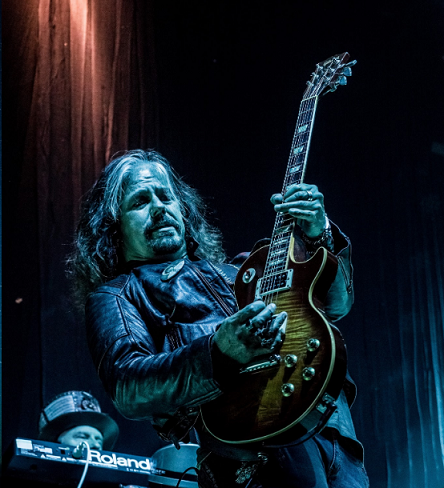