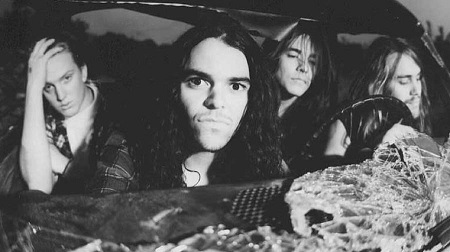 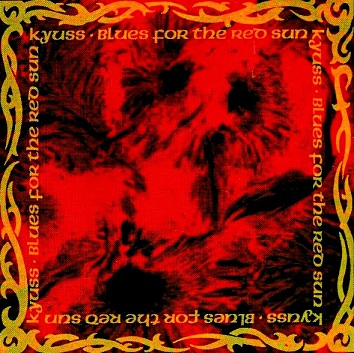 Many years ago, some teenagers from Palm Desert, California, formed a band. They wanted to be free, praise life and rock & roll, make vague references to the hallucinatory effects of “weird” substances. They shaped their character performing at parties around isolated towns of Southern California’s desert areas (the so-called “generator parties”, due to the use of gasoline-powered generators). Yes indeed! Kyuss, originally called Katzenjammer and Sons of Kyuss, were born in this DIY environment, where the only real motives were freedom and beer consumption (and drugs!).

Their grunge/punk oriented and widely ignored debut (“Wretch”, 1991) showed some skills, but didn’t reveal at the slightest extent what would follow. Only one year later, Josh Homme (guitars), John Garcia (vocals), Nick Oliveri (Bass) and Brant Bjork (drums) did change everything, but this time they had a much-needed help: Chris Goss became their producer, bearing the responsibility of capturing Kyuss’ energy and raw power during live performances and making an album that would perfectly reflect their true self.

Thirty years ago, “Blues for the Red Sun” emerged to get us “stoned” with its dusty, vintage sound, vague fuzzy grooves, and ingenious combinations of Sabbathic vibes with punkish-related themes and spacey, Hawkwindian psychedelia. It became the “vehicle” of our baptism in the hot desert, being the sound of desert itself! As John Garcia said, “The desert is a key ingredient in our sound. We’re always trying to work the desert vibe into our music” (LA Times, 1994). The first notes of “Thumb” catch you unaware of what will happen; and suddenly, you are slammed by Homme’s huge, fuzzy sound. It’s like you stagger amidst a menacing sandstorm, which hits you violently in the face, but you cannot hide. This is the kingdom of the eternal dune sea, the start of an endless trip to the desert. This is how stoner rock, or desert rock, was created.

However, Kyuss weren’t literally the true forefathers of stoner, as the sound pre-existed since the 70s. I could describe the band as a kind of a highly creative “conveyor belt”; amidst the grunge frenzy, they took this sound and worked on it ingeniously, giving it a certain shape and form (a new essence actually!) and making it accessible to a much wider audience.

In the absolute heavy rock heaven of “Blues for the Red Sun”, what stands out more is Homme’s brilliance in playing his guitar through bass amplifiers and using blah-blah guitar pedals, thus forming that distinct, vintage, 70s-originated sound: dirty, dusty, distorted, full of relentless fuzz. Oliveri’s juggernaut bass attributes a new meaning to the term “heaviness”; addictive, omnipresent, it sends intense vibrations through your spine. It makes Kyuss’ sound solid, like a cement construction; you have the impression that you can “touch” the sound, rather than just listen to it. And as for Bjork, he created a whole school with his free drumming; away from rules and previous conceptions, his vivid and occasionally jamming performance, gave that unique -but rarely found out there- ingredient that makes Kyuss so astonishingly heavy and psychedelic at the same time. But you cannot escape (and you don’t want to escape after all!); Garcia’s eternal, hypnotic, slightly hoarse vocals emerge to drive you deeper into the desert. His characteristic tone, so warm and compelling, eases your weariness, making your burdens lighter. Even during intense patterns, Garcia’s voice remains mild and caressing, enclosing you forever.

“Blues for the Red Sun” is a mixture of different influences, indicating Homme’s and Bjork’s resourceful spirits. Unexpected and continuous twists and turns in patterns test your vigilance. Heavy, groovy paths and psychotropic levitations “fight” each other; but it’s a fruitful fight, with the purpose of isolating and capturing your subconscious. Punk, rock and heavy metal influences emerge, weaving a canvas where roots are essential, but not overwhelming and restricting; beyond them -and with their help- the band accesses endlessly extended virgin grounds.

In this album and onwards, Kyuss’ music became free and unconstrained. Essentially, in “Blues for the Red Sun” the band actually jam. It’s like they entered the studio, jammed for an hour, recorded the session, and that was all. Goss managed to perfectly showcase Kyuss’ raw sound. After all, he’d already experienced the band’s essence, since he’d attended several of their “generator parties”. He knew exactly what was needed to be done in the studio. Goss told the Guardian, about his decision to work with Kyuss: “They rehearsed in Josh’s bedroom in his parents’ house, and to hear every detail I would sit in the middle of the floor, to the detriment of my hearing. It was the loudest thing I’d ever heard in my life. And that’s what I wanted to get on the record; all the frequencies clashing in the middle of the room”. And he actually got it! You hear the album, and you have the certainty (not the impression) that you are somewhere out there, in the open desert, under the hot sun, staring at the dazzling colors and the idle, eternal cactuses. As Garcia commented at Billboard, “Black Sabbath was heavy, but it sounded indoors. Kyuss sounds like it’s outdoors”.

“Blues for the Red Sun” was highly influential and along with its successors (“Welcome to Sky Valley” and “…and the Circus Leaves Town”) constitute the Holy Trinity of stoner. Thirty years may have passed, but it’s still relevant and necessary for someone who wants to “enter” the genre. You cannot be into stoner without starting your journey from these albums; omittance would be preposterous, and certainly abnormal. Stoner couldn’t exist without them!

Since then, countless bands have used the peculiar sound that was genuinely introduced by “Blues for the Red Sun”, consciously or subconsciously. But its atmosphere, beyond all doubts, is -and will remain- unreachable. 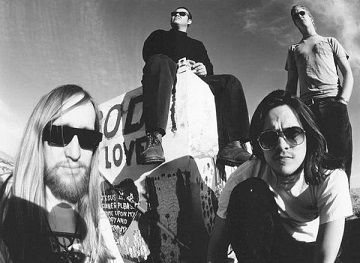