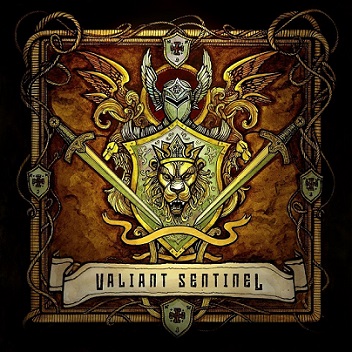 Valiant Sentinel, led by Dimitris Skodras (guitars, bass), is a power metal band from Athens, Greece, and here we have their self-titled debut album, out via No Remorse Records. Even from the very first track of the album, “Victorious”, which comes after a short intro, we may understand the influences of the band – groups like Iron Maiden, Judas Priest, Helloween, Gamma Ray, Blind Guardian, Metallica, Iced Earth among others, have been iconic for Valiant Sentinel, who try to form their own character, pretty successfully, I would say. Yes, the Greeks merge all the abovementioned musical ingredients and present us a very interesting first album, well-written, well-performed and well-produced. The classic metal harmonies, the twin guitars, the high-pitched vocals, the double-bass drums and the overweight rhythm section are some trademarks of the sound of Valiant Sentinel, who remind us of the golden era of (European) power metal. Every composition has something nice to say, especially “Age of Mythology”, “One Must Fall’’, “King in the North” and “Titans Awake”, which are state-of-the-art power metal songs, top-class tracks of great quality and singular passion. Of course, you won’t find here the solution to the problems of today’s heavy metal scene, however, if you are into this kind of metal, you will be impressed by this album and you will be more optimistic about the future of power metal. I forgot to mention that “Valiant Sentinel” features two famous guest vocalists, Tim “Ripper” Owens and Fabio Lione, who give an extraordinary performance, especially Owens in the song “King in the North”. We are talking about a very satisfactory debut album – I am already looking forward to their sophomore studio release!