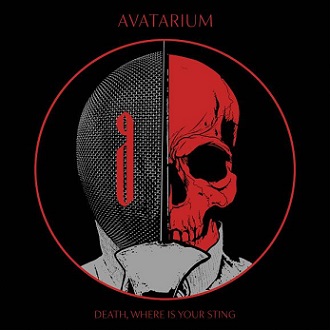 Avatarium, the spiritual child/side project of Leif Edling, has evolved into a quite mature and unique band throughout the years, having already released four LPs, and this is where “Death, Where is Your Sting” comes into the forefront, as the most established and well captured record to-date. Without getting rid of the Doom metal foundations and core inspirations, this album pulls out other sources of inspirations and reminds us how much we enjoy the majestic vocal work of Jennie-Ann Smith, who really justifies the rule of the front-woman of the band, a true and genuine performer with such an emphatically beautiful voice. Leif Edling might have given birth to Avatarium, but he is no longer with the band, he is no part of the songwriting or any other activity whatsoever. Lyrics, for example, now are taken care by Jennie-Ann, and that by itself is an evolution, a differentiation from what has been so far, but don’t get me wrong here: differentiation does not mean complete and total change of everything. ‘Stockholm’, one of my favorite tracks of the album, combining doomy and gloomy riffs and atmospheres, having a slow paced rhythm which brings to my memory the first Avatarium record, includes very beautiful and catchy lyrics, magnifying a cold sentiment of abandonment, of an alienation, all set on a winter setting. The album has the perfect blend of heavy and doomy guitars together with bluesy and rock elements on the leads, with acoustic guitars also, enriching the sound, the emotions and diversifying more and more each and every song. Marcus Jidell is a mastermind on that, giving more depth to the songs and playing with the sounds (e.g.: ‘Psalms for the Living’). ‘God is Silent’ is a brilliant song where the bass of Mats Rydström rumbles hard and sets the overall tone on this ode, where doom metals meet its siren, and where the repeated riffs of Marcus Jidell and thundering drumming of Andreas Habo Johansson, a fantastic drummer, whom I watched live 3 years ago when I saw Avatarium live. He is the perfect fit behind the drums for what exactly the band needs. ‘Mother can you hear me now’ has a personal feeling, a dark song with a beautiful and mellow touch, revealing the incredibly touching voice of Jennie-Ann. This album is clearly a statement for the band, a record where the identity and personality of Jennie-Ann Smith and the fantastic musicianship of the rest of the band blend together and the outcome is this unique sound, the heart of Avatarium. ‘Nocturne’ stands out on its own differentiated pace and rhythm, with galloping riffs and an uplifting mood and sense of time. Something which I find quite interesting of course and it actually adds a lot to the diversity of “Death Where is your sting”. The outro is a beautiful one, ‘Transcendent’, with the acoustic guitars entering into a dark and dramatic oriented theme, where the listener takes a journey, until the fast paced drumming and riffing clears out things for everyone. And the violin, adds a more theatrical and affected dimension to the whole. Simply brilliant! “Death, Where is Your Sting” is another act of the genius personalities and musically unique disposition of Marcus, Jennie-Ann & Co. It is a great album, definitely one of the band’s greatest and one of my favorites of this great band. A fine piece of art which gets better and better as you keep on listening to it with more attention and dedicated time. A perfect example of one of the most interesting bands out there.