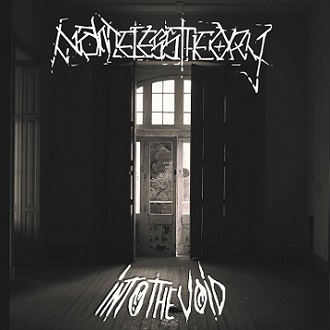 Nameless Theory is a metal band that comes from Portugal, and “Into The Void” is its debut album, although the band was formed in 2013. The band’s theory is nameless, but I don’t think that the band will remain nameless for a long time! Because Nameless Theory’s music is inspired, emotive, storming and undoubtedly, Nameless Theory will gain recognition. The Portuguese metallers sound confident, tight, mature, they have the potential, they have the songs to become a successful act. Their intriguing mixture of classic metal, thrash metal, nu-metal, metalcore and alternative rock will surely enthuse the majority of the rock/metal listeners, who seek classy metal music – I discovered even doom/heavy rock and post-rock/metal elements in “Into The Void”. This versatile character of the songs doesn’t subtract from their value, it just gets more interesting to explore this album! Yes, Iron Maiden, Metallica, Lamb of God, even Alice In Chains and Korn can be found here – and it is the amazing talent of this band that makes this cross-over album so listen worthy and remarkable. “Inside”, “Love”, “Illumination” and all the other songs won’t make you bored – to the contrary, you will find quality and passion in these songs, as a new hope is rising from the Portuguese metal scene! “Into The Void” is a debut album that will leave you wanting more and more. If Nameless Theory are willing and ambitious for something big, I think this band will make it sooner or later.