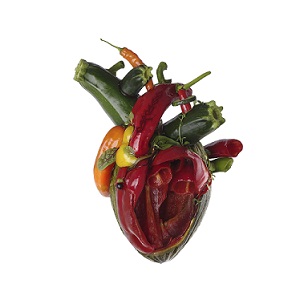 Carcass. The brutal savages from Liverpool come back with a killer album, that reminds us of how they manage to stay true to their roots and history, but at the same time, they show us the way to the future. For the time being, “Torn Arteries” is a statement of brutality, progression, excellent musicianship and menacing riffs. Catchy. Brutal. Groovy. Bursting aggression. These are the core elements of their new album, which basically solidifies one more time the reputation of the band. Jeff Walker spits out the lyrics, like there is no tomorrow. His trademark vocals is the identity of Carcass. A band which – in my humble opinion – has not been acknowledged and received the status it truly deserves among heavy metal fans. But let’s focus on the album now. We’re talking about another great album, riff by riff, verse by verse, blast beat after another one. There are continuous moments for the listener to head-bang, to feel this ‘carnage’ and blending of different dynamics, into the same song, where the rhythm slow paces and then rises again, providing the perfect base to unleash all its power. Bill Steer is phenomenal again, he has done a fantastic job with his guitar (leads, solos, rhythmic riffs, melodies and calm passages, when it is needed), he is a mastermind and especially his recognizable leads add so much to the core identity and uniqueness of Carcass. His back vocals, when needed, add up to the punchy and straight forward character of this album. No surprises here. Even better! Special mention needs to be for the drummer Daniel Wilding, who has again performed like this is the last album of his career and wants to give his all. Such an awesome drummer with precise and at the same time groovy and looser attitude and feel, simply great! Sharply edged, treacherous and having everything meticulously placed, Carcass continue exactly where they have left off.  They wink towards their past, with glory, nostalgia and inspiration, but their modern and fresh approach on what is extreme metal and how it should be played, adds up to their magnitude and greatness as a band of THEIR status. “Torn Arteries” is a spectacular record, by all means.