Alchemia will go on a tour for the first time in Argentina. Afterwards, the horror metal band will travel to Europe, where they will perform in Germany, Belgium, Netherlands, and Poland.

In anticipation of the European tour, the horror metal band Alchemia will tour Argentina for the first time, with four consecutive headline shows, where they will play the album “Inception” in full. “We are excited to be able to play in Argentina for the first time, which has always been a big goal for us. It is one of the main markets that we want to promote Alchemia, as it has an audience that is very dedicated to rock and heavy metal”, commented vocalist Victor Hugo Piiroja. “It will be a special tour, because as headliners we will have more presentation time. Thus, we decided to play the 'Inception' album in its entirety. We will record these shows on video and bring special merchandising to these events. It will be an incredible experience to prepare us for the first tour in Europe, where we will play in Germany, Belgium, Netherlands and Poland under supervision of On Fire Agency”, he added.

“Inception” was released in the Brazilian market by Shinigami Records and in Europe and Japan by the Italian label Wormholedeath. The material was recorded at Fusão e Carbonos studios, with production by Piiroja, in collaboration with Ricardo Campos (Sunseth Midnight), who produced the vocals. Mixing and mastering were handled by renowned Danish producer and audio engineer Tue Madsen.

The repertoire features dramatic symphonic elements and haunting gothic synthesizers, arranged, and expanded upon by British composer Jon Phipps, who has created virtual orchestrations for Moonspell, Amorphis, Angra and Dragonforce. “We have a lot of influences on 'Inception', from heavy metal, black metal, death metal, movie scores and classical orchestration. At the same time, it presents its own identity”, concluded Piiroja.

Lamori presents a new single/video ("Requiem", which is the third single taken from the upcoming album "Neon Blood Fire". "Requiem" is a death hymn of epic proportions. Its majestic foundation is very much inspired by Tibetan Buddhist chants. Influenced by the poem A Carcass by Charles Baudelaire, singer Matias J. came up with the lyrics one cold winter night, after having witnessed the death of a swan on the frozen sea. It will take the listener on a journey both mesmerizing and macabre, with a very progressive approach to its musical structure.

Lamori has been developing their own take on the goth rock genre for over 10 years now. Combining gothic rock and metal with electronics and dark wave to produce their own neon-lit flavor. Founded in 2009 on the Aland Islands of Finland, the constellation has stayed unchanged – however, their sound is ever-evolving.

"Neon Blood Fire", the band's fourth album to be released by Wormholedeath, will refine the soundscapes heard on the 2020 released NEO NOIR, but also introduce completely new elements to the mix. This album will have some of the heaviest LAMORI songs ever heard! 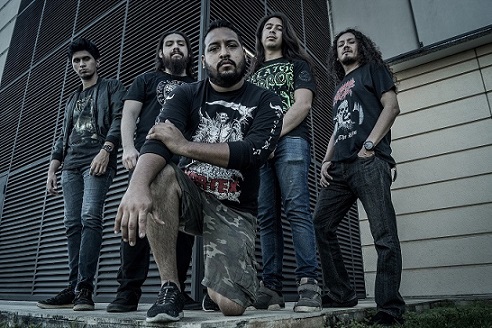 Grave of Sacrifice was formed in 2021, as a band that offers a powerful sonic attack based on heavy riffs, intense harsh vocals, and a high-speed rhythmic foundation, which together seek to bring a fresh and aggressive perspective to the death metal scene in Mexico. 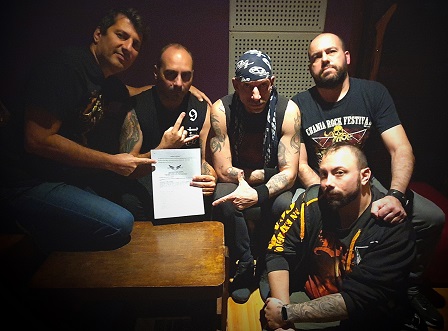 Formed in the mid 90’s, FORTRESS UNDER SIEGE deliver power prog metal, combining traditional heavy metal with technical and melodic power metal. Having released their debut self-titled mini-CD in 1996, FORTRESS UNDER SIEGE are among the first Greek bands that ever played progressive power metal. Since then, they have released three full albums 'The Mortal Flesh of Love' (2011), 'Phoenix Rising' (2014), 'Atlantis' (2020).

Having shared the stage with bands like Accept, Mayfair, Soul Cages and Wardrum and played several local gigs and festivals, FORTRESS UNDER SIEGE are currently on the process of booking as many gigs as possible both locally and abroad. The first confirmed dates are at the Winter Masters of Rock 2022 supporting Hammerfall, Guano Apes and Serious Black and XMas Metal Spirit Vol.1 festival in Athens, while new dates in Greece and European festivals are about to be announced.

Although only two years have passed after the highly acclaimed full album 'Atlantis', which was released by ROAR - Rock of Angels Records, FORTRESS UNDER SIEGE are ready to deliver their new effort.The recordings of of their new album took place at Devasoundz studios with Fotis Benardo undertaking the role of the producer. Fotis Benardo and George Nerantzis are responsible for mixing and mastering respectively.

Today we proudly announce the signing of a multi-album deal with Fortress Under Siege and welcome the band to the ROAR! Rock of Angels roster.

Fortress Under Siege is: