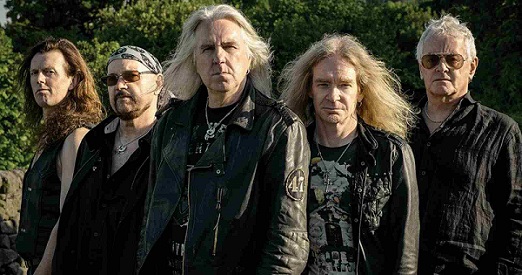 The crusaders of heavy metal Saxon are soon going to release a second covers album, named "More Inspirations". More specifically, this upcoming album will be out on March 24, via Silver Lining Music. Saxon has already released a single/video from "More Inspirations" ("Faith Healer" by The Sensational Alex Harvey Band).

Following the release of "Inspirations" in 2021, "More Inspirations" is the second "deep dish" serving of the influences which have fed the mighty SAXON's immensely successful 40-plus-year career.

Frontman Biff Byford comments: "We used to see THE SENSATIONAL ALEX HARVEY BAND play this back in the day, they started the set with it, such a fantastic song and fantastic band… big influence!"