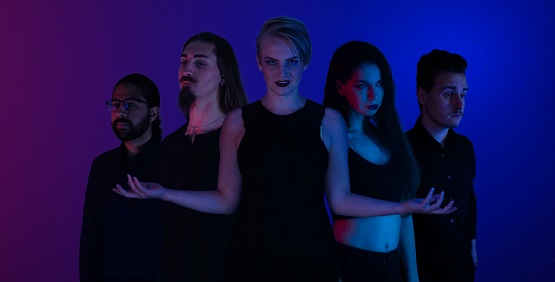 With a narrative spanning multiple albums, Arcana Collective blends sci-fi, mythology, and a study of human action in the face of adversity.
Born from the mind of Calgary-based musician Rogan McAndrews, Arcana Collective marries a range of styles from battering prog riffs to delicate pop hooks into something that is sure to tickle any musical fancy in its ever-expanding world.

Album Description: Beginning with the debut EP “The World One Forms”, the “Letters From a Lost Soul” arc is a love story expressed through letters from Damian to his wife and child but also gives a glimpse into his anxieties and nightmares. Now skipping ahead to the “Atlas Lost” arc, “The Long Sleep” follows Damian’s desire for escape from the world that has given him so much grief. Leaving his young daughter behind, he embarks on a privately funded journey through the universe to find a way to save his dying world, or find a habitable planet to start again.
As with the previous album, Atlas Lost revolves around death and our reactions to it. Damian’s fear of confronting his feelings following the tragic events to be revealed in the next “Letters From A Lost Soul” installment has led him to run to the furthest place he can imagine. During the composition of this album, I had not encountered such a personal connection to death, but have since suffered the loss of one of my best and longest friends to brain cancer, Chelsea Finnigan, to whom the album is dedicated. In a way, this music had already allowed me to process this loss somehow and ensured that I did not close myself off in the way that Damian did. For this reason, “The Long Sleep” has become my most personal project to date, and future releases will be deeply rooted in this experience.

Statement About Signing: I am incredibly delighted to begin my musical journey with WormHoleDeath! The nature of my music is ever-changing, even across a single album or song, and I wholeheartedly believe this connection will allow Arcana Collective to navigate in any direction it finds itself moving, for which I am supremely thankful. 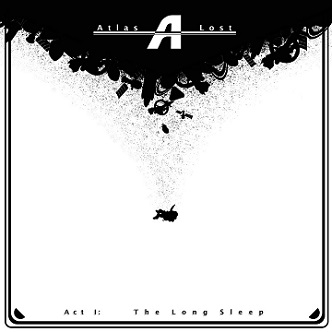 The Long Sleep: It's the beginning of a new space age. Damian, having successfully broken out of Earth's littered orbit, is now preparing for the first leg of his journey into the vast universe. This entails being put into a deep sleep for the long journey ahead while his AI companion, Nova, takes the reigns. His feelings are conflicted as he prepares for his slumber, yearning to hold his daughter, Cassidy, again, yet holding too many painful memories on Earth. Meanwhile, Cass dreams of following him one day.
This song is inspired heavily by my musical upbringing in classical and flamenco styles, utilizing a lot of jarring chords, long harmonic sequences, and a strong rhythmic base to propel the piece forward. Leo Brower and Villa-Lobos come to mind. I focused on a sleepy, slow build to represent the coming rest, and wanted the chorus to be a clear division of the piece, each half showcasing the differing perspectives of the two characters.