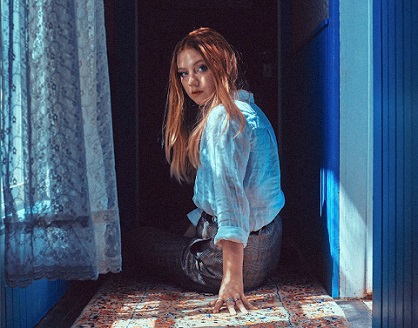 LA-based alt-pop songstress Faith Marie presents her new single 'Rock Bottom', the lead single from her forthcoming EP, titled 'More Than I Am’, which is slated for release in early 2023. Her two-year hibernation is over following a series of lockdowns and other setbacks, this 3-track release taking a year to complete from beginning to end.
This new offering comes hot on the heels of November's 'NVM (Remix)', an infectious downtempo song about depression and the author's personal struggles to move forward. These two tracks constitute Faith Marie's first music output since 2020, when she released 'Nobody'.

Both are the product of collaboration with UUin, Inc., a boutique creative agency focused on curating and creating original content.

"'Rock Bottom' is a song I wrote when I was in a transitional stage in my life. I felt like everything was crashing in on me and yet that I was OK at the same time. I started to explore within myself why I was OK with something that would have emotionally devastated me in the past and I realized it was because I understood what was happening, stopped fighting it, and let go. I let myself feel horrible, I reveled in the human emotions and then I learned and let go," says Faith Marie.
"Unfortunately, sometimes we learn the most about ourselves at rock bottom, and so the most gratifying way to move through it is to be humble and let it inspire you in a positive way if possible."

Faith Marie's foray into songwriting began at the age of 13, launching a successful YouTube channel that attracted over 100,000 subscribers over the next five years, in addition to millions of streams via Spotify. Initial singles included the moody piano ballad 'Antidote', the orchestrally adorned 'Little Girl' and the electronic-laced 'Devil on My Shoulder', each of dealing with themes of struggle, anxiety, and hope.

Having spent her early years in Provo, Utah making music as a family activity, Faith initially traveled back and forth between LA and Utah during her teens while developing her sound and songwriting. Following her cover of Bring Me The Horizon's 'Drown', which went viral, she wrote and self-produced her 'Antidote' single. Since moving to Los Angeles, she has released a dozen singles, always writing from a subconscious place.

Producer and UUin, Inc. label head Amyn Bhai, who has worked with Faith since she was 13 explains, "Faith first wrote the lyrics to ‘Rock Bottom’, as she always does, and had some initial production ideas. As for her debut EP, we took her songs and built the production out with our friends at Slowave Studios, where she also recorded the vocals. It was later polished and mixed with Steve Phillips, our engineer. People can expect more honesty in song form. The production direction is tailor-made for her and the writing is 100% how she is feeling in the moment, translated into song form. Faith has significantly grown as a songwriter, as is natural with the passing of time."
As of November 30, 'Rock Bottom' will be available from fine digital music outlets, including Apple Music, Spotify and Bandcamp, where 'NVM (Remix)' can also be found.