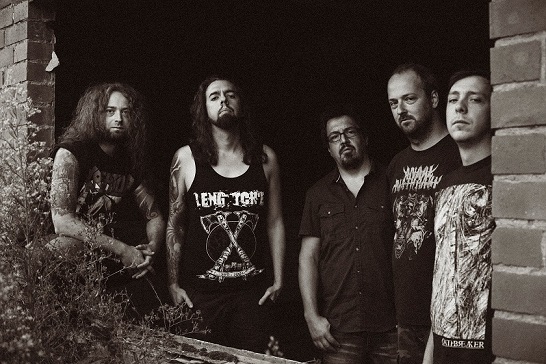 Belgium Death Metal quintet CARRION signed a deal with Wormholedeath for their third album "Morbid Nailgun Necropsy", due for release on March 3rd, 2023.

The band stated: We are proud to announce that we signed with the Italian label Wormholedeath Records for the release of our third album “Morbid Nailgun Necropsy”. The album is recorded by Lander Cluyse at Hearse Studio. The mix and master are done by Kai Stahlenberg at Kohlekeller Studio (known for their work with Aborted, Benighted, Electric Callboy, etc.)
If you are a fan of fast modern Death Metal with groovy and dark touches then this is the album you’re looking for!

Carrion is a Death Metal band founded by Mathieu Vander Vennet, Sven Van Severen, and Jan Van den Berghe in Hansbeke (Belgium) in 2008. Back then we were still teenagers playing some covers while slowly creating our own music and sound. We released our first album “Revelations” in 2012, the album is a nice mix of all kinds of subgenres (death, thrash, core, groove, etc.).
After “Revelations” the band started taking things more seriously and became a full-blown Death Metal band. The second album “Time To Suffer” was released on the Danish label Mighty Music in 2018. There were also 2 music videos created for the songs “In The End, There Is Only Death...” and “Defiled Sanity”.
Carrion played some memorable shows so far like Wacken 2016, MetalDays 2017, MetalDays 2018 (main stage), 2x Antwerp Metal Fest, and as a support act in club shows for bands like Suffocation, Memoriam, Blood Red Throne, Necrot, Cannabis Corpse, etc.
Carrion is known for an energetic live performance with punching riffs, tight drums, and diverse styles of extreme vocals. Now the focus is on the release of our third album “Morbid Nailgun Necropsy”. We are very proud of the result and we are sure the album will take Carrion to a next level! 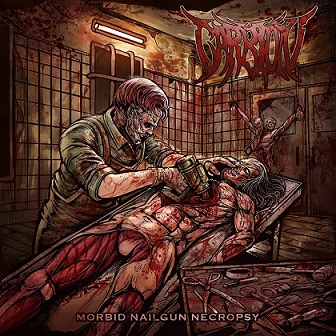