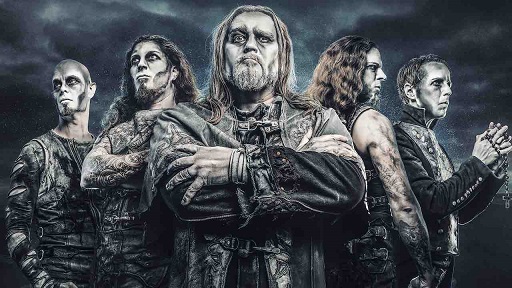 Powerwolf have scheduled a record release for 2023. More specifically, the German metallers will release "Interludium" on April 7th, 2023, via Napalm Records. The album will feature six new studio songs, including the single "Sainted By The Storm", which was already celebrated on the band's exhilarating "Wolfsnächte" 2022 headline tour, as well as one of the most intense tracks in the band's history, "My Will Be Done". "Interludium" will also feature gems and rarities from the band's history such as "Midnight Madonna" and "Living On A Nightmare". 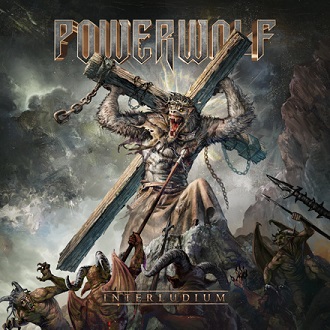 01. Werewolves Of Armenia (by WIND ROSE)
02. Reverent Of Rats (by MYSTIC PROPHECY)
03. Dancing With The Dead (by ANNISOKAY)
04. Call Of The Wild (by RAGE)
05. Venom Of Venus (by AD INFINITUM)
06. Sudenmorsian (Where The Wild Wolves Have Gone) (by KORPIKLAANI)
07. Stossgebet (by EISBRECHER)
08. Fire & Forgive (by ELECTRIC CALLBOY)
09. Armata Strigoi (by WARKINGS)
10. We Are The Wild (by LORD OF THE LOST)
11. Night Of The Werewolves (by UNLEASH THE ARCHERS)