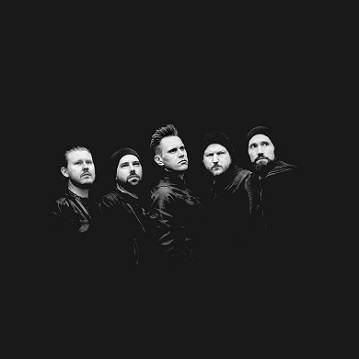 Lamori presents a new single/video ("Requiem", which is the third single taken from the upcoming album "Neon Blood Fire". "Requiem" is a death hymn of epic proportions. Its majestic foundation is very much inspired by Tibetan Buddhist chants. Influenced by the poem A Carcass by Charles Baudelaire, singer Matias J. came up with the lyrics one cold winter night, after having witnessed the death of a swan on the frozen sea. It will take the listener on a journey both mesmerizing and macabre, with a very progressive approach to its musical structure.

Lamori has been developing their own take on the goth rock genre for over 10 years now. Combining gothic rock and metal with electronics and dark wave to produce their own neon-lit flavor. Founded in 2009 on the Aland Islands of Finland, the constellation has stayed unchanged – however, their sound is ever-evolving.

"Neon Blood Fire", the band's fourth album to be released by Wormholedeath, will refine the soundscapes heard on the 2020 released NEO NOIR, but also introduce completely new elements to the mix. This album will have some of the heaviest LAMORI songs ever heard!