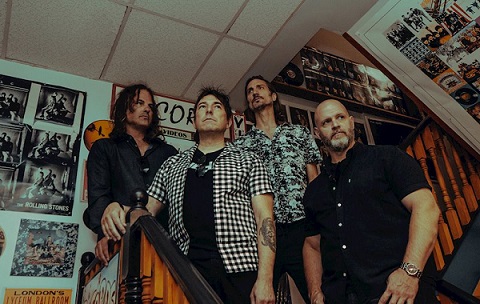 Montreal-based indie rock/post-punk quartet The Ember Glows has released their new EP 'Where Spirits Play', a 4-track offering recorded at Closet Studios in Montreal with elements of Simple Minds, The Cult, Echo and the Bunnymen, early U2, Nick Cave and The Mission at the fore.

Leading up to this EP, The Ember Glows previewed the singles 'Silent Love' and 'The Mirror'. About the latter, frontman Martin Saint says this is "about how most nations carry skeletons in their closets - even the so-called peaceful ones. Sooner or later, we must face the weight of history and the past hits us hard collectively".

Friends since their teenage years, personal chemistry and musical synchronicity brought them together as The Ember Glows. With all four members also being part of other bands, what started as a side-project ultimately became everyone’s main music priority, fueled by their jointly-forged sound and corresponding adrenaline. Each member brings something different to the table - Rich with his knack for texture and big sound, Kevin’s rumbling groovy bass lines, Dan’s manic and melodic drumming, and Martin’s delicate lacing of baritone and jangly guitars.

The 'Where Spirits Play' EP is out now, available from Apple Music and other digital stores, as well as Bandcamp, where their 'Passerby' EP is also available on cassette and digitally. 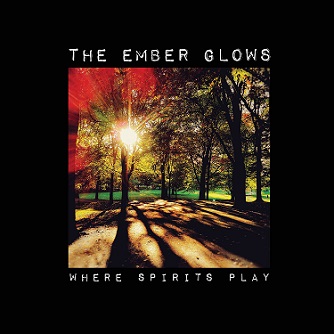