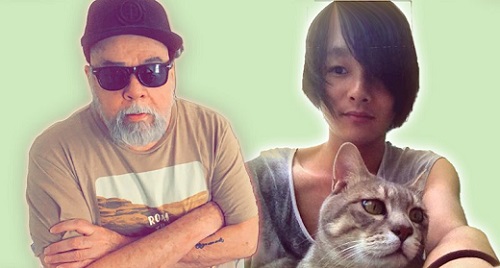 "This song celebrates living in the now and enjoying each day as it unfolds. Its rhythm gently unfolds into an anthem of soft lifting sound," says Daniel Darrow.

"It was exciting to work with much younger musicians on this track as it helps build bridges musically from artists who span across generations to find a community bond in the craft of songwriting and musical production."
In a never-ending search reaching every corner of the world, The Pull of Autumn's architect Daniel Darrow came across Once Grace Forever while listening to independent radio. Preliminary contact, mutual admiration and talks of collaboration ultimately culminated in this song with Darrow giving it a dream-pop feel by slowing the song down and adding light synth textures and long harmonic trails to the body.

The Pull of Autumn is a ‘super group’ of sorts, with songs orbiting around Rhode Island artist Daniel Darrow of Johanna’s House of Glamour and involving numerous emerging and notable musicians from the local music scene and further abroad. The band's debut 2018 eponymous album was followed by 'Afterglow' in 2019 and 'Small Colors' in 2020.

As of November 16, 'Live Today' will be available across online stores and streaming platforms like Apple Music and Spotify (where 'Outlaw Empire' can also be found), as well as Bandcamp, where the "Beautiful Broken World' LP (out on December 9) is now available for pre-order.