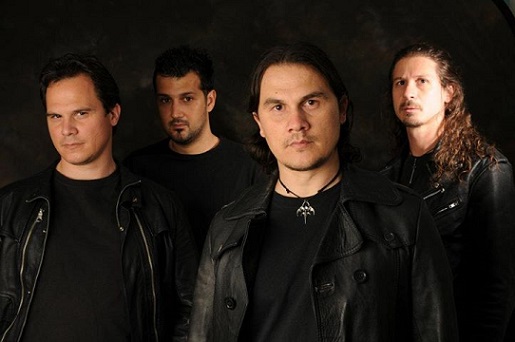 Arrayan Path, the Cypriot power metal juggernaut, has released a new song/lyric video online, about the destruction of Smyrna, ''Shipwreck Of 1000 Secrets''. The song is dedicated on the occasion of the 100th anniversary of the burning of Smyrna. Below you can watch the video (by Yiannis Manopoulos).

Nikolas Leptos, frontman of Arrayan Path, comments: "It doesn't matter if it should be Greek or Turkish. It is important that Smyrna had to live! And political vanity on the one hand, and religious fanaticism on the other, put the knife deep in her heart. This song was not written to present itself as some nationalist delusion but to give the message that now peace must reign and be preserved, even in our days when war between the 2 countries is more likely than ever".

In other news, Arrayan Path posted the following announcement on their social media: "Greetings to all! On Friday (16/09/2022) we shared our new song ‘Shipwreck of 1000 secrets’, hope you got a chance to give it a spin and of course hoping you enjoyed it! Re-posting it below since it's now available in public. In other news, The Fall is here and there’s a few things happening for the band: 1. For starters, we have a new album ready (since May) that we will be releasing in the following months (more info on the album will be announced in a few weeks)! 2. Secondly, we have been working on lots of music, various themes and concepts that could become concept albums at some point in the future, so hoping to release music quite often and in shorter periods of time. 3. Last but not least-we are knocking off the rust and trying to put the band back to ‘concert mode’ as we haven’t played a live show in 4 years and that’s too long (even for our standards). More to come soon!".