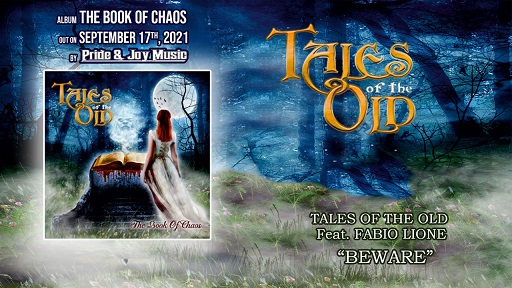 Tales of the Old is a symphonic dark ammbient power metal band from Athens, Greece.

The band was founded in 2010 by keyboard player Mike Tzanakis who is also the main composer and arranger of their music.

In 2012 they released their first Ep '' The Passageway From Hell To Earth ''.

After eight hard struggling years of unspeakable difficulties and, Mike decided to reform the whole band and give birth to his dream... New members, new reality, a total new vision... The band entered immediately to studio to make up the lost ground….so the band's first album “The Book Of Chaos” was reality!

Now they are already in the studio and finishing the recordings of their new album in 2022.

The song “Beware” is included in the album “The Book Of Chaos”.