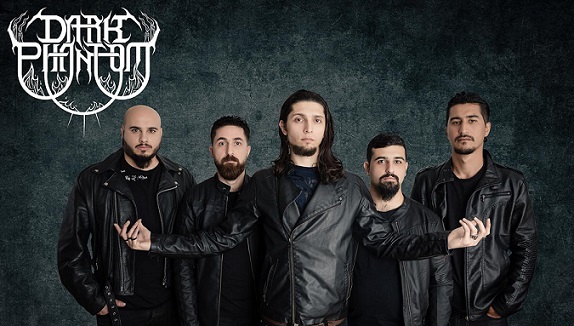 Dark Phantom’s idea began in Kirkuk, Iraq late in 2007. The impression was to reach their dreams in western music, to express the inferior circumstances in the city, and explain it to the universe. But things weren’t able to progress due to the bad situation in Iraq, that led to postponement of forward progress and a period of hibernation, for their safety.

In 2008, the band was able to start up again and started rehearsal despite all the dangers.

In 2009, the band managed to have a birth of their own music, by starting to write the first songs after many months in rehearsal.

In 2011, the band played their first concert in the city of Kirkuk and It was unforeseen. Under the same circumstances (volatile aggression, anti-metal music “laws”, etc.)  a crowd came to see them and news of event rocked the small city.

After a lot of demand from the fans on the band's Facebook page for a second concert, in 2011 Dark Phantom was ready, but there was another situation that made it impossible. Terror groups and their allies began threatening to close all the of band's pages on the internet and the band was also warned, again to stop their activities, or else.

And in a short time, they made their 1st original Album “Nation of Dogs”, which in the band’s and their fan’s eye was a complete success.

Now they release their new single titled “Courtship Of Death”.