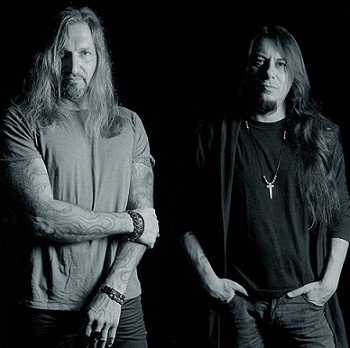 Symmetric Records proudly presents a new super project, Vass/Katsionis, and their debut album "Ethical Dilemma". The album will be released on February 2nd, 2022. Below you can read the official press release.

"Ethical Dilemma" is the result of a collaboration between Terra 1nc0gnita's vocalist, Billy Vass, and multi-musician/producer, Bob Katsionis. The idea that started as a solo album for Vass, concluded to a progressive metal album, that could not go without the established name of Katsionis on the project, as a whole. With this in mind, the 2 collaborators joined their love for progressive metal music, each with his distinctive angle on songwriting, and the result is an 8 song journey, into the depths of time-changing signatures, complex guitars, and keyboards, and the unique 4-octave range of Billy Vass.

It seemed the timing was right for Katsionis and Vass to put something like this together, sighting the hiatus that Vass is taking from songwriting for Terra 1nc0gnita, and Bob stepping down from his responsibilities from the mighty Firewind. Joined by long time friends and bandmates Bill DiBenedetto on the drums and Telis Kafkas, one of Greece’s best professional bass players, they grabbed the chance to start songwriting, together, and the outcome is this exceptional record.

Billy Vass: "It's definitely a concept album. It didn't really begin that way. When I began writing the lyrics & melodies, I realised  how the music to every song had a "constant". Therefore, unintentionally, the lyrics started producing their own "constant". Although the songs are not storytelling through the lyrics, there is one specific theme in all of them. You can get a clearer picture by the album title. This collaboration brought out the best of my vocal &  lyric abilities. I gave it my all, heart &  soul, and I feel this album is transcendent."

Bob Katsionis: “I’ve known Billy Vass for over a decade, and I was always amazed by both his vocal timbre and stage presence. By giving me the chance to write music for him, I could go in places I’ve never been before, or at least since 1998 when with playing Progressive metal with my former band, Retrospect. The 90’s progressive metal as it was presented to us by Fates Warning, Queensryche and Conception was our foundation, on which we built our own fortress, the “Ethical Dilemma” album.” 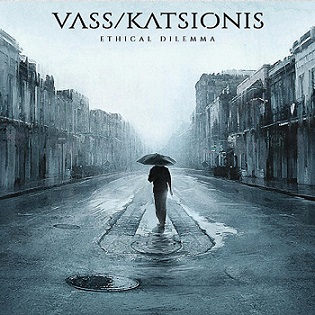