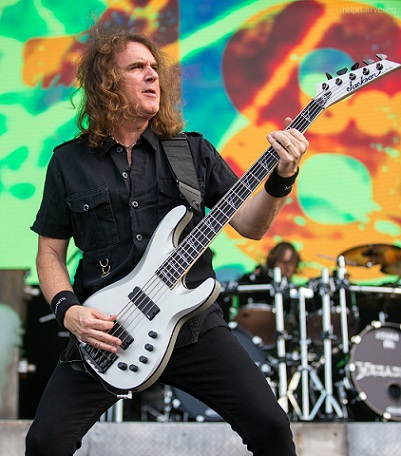 David Ellefson, who as everybody knows is no longer a member of Megadeth due to a recent sex scandal, has agreed to produce some "drum riffs" of late Megadeth drummer, Nick Menza, which were unearthed recently. Ellefson will collaborate with several musicians from around the world to record new riffs and add new parts to Menza's existing riffs — an expected thirteen tracks, which will feature the heaviest and fastest drum material that Menza had even recorded. Ex-Megadeth bassit said about this project:"Posthumously, we're actually forming a new band with Nick".

In other news concerning Ellefson and Menza, Screaming Butterfly Entertainment has partnered with Ellefson and Ellefson Films on a new documentary about Menza, entitled "This Was My Life: The Story Of Nick Menza". Ellefson will be a co-producer of the film, and also will provide narration to guide the viewer through the exploration of the late Megadeth drummer's life.