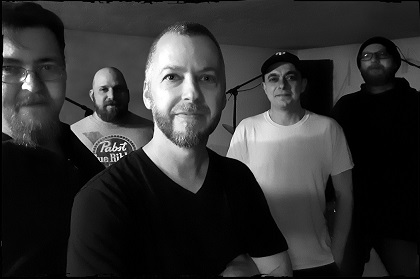 The debut EP features 5 hard-hitting songs that have been described by some as “Middle-Earth metal”, with lyrics that venture into territory inhabited by dragons, dwarves, fire, and death cults. Ultra-fuzzy bass riffs and complimentary dual guitars lend to the band’s “old-school stoner sound”, while there are elements of nonconformity that break this band out of any one genre. From kids who are just getting hip to Clutch, to their grandparents who swear by Thin Lizzy, there’s something for everyone here."

Trivium and Heaven Shall Burn fans, your attention please! Trivium are going to release a special 7'' split with Heaven Shall Burn. This collaborative release will be out on December 23rd, 2022. 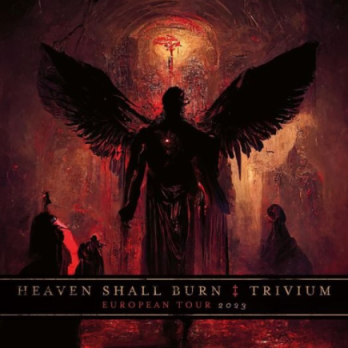 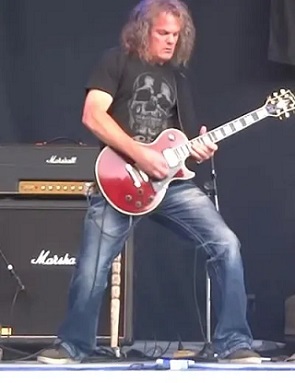 The Wring present a new single, "From Mars", featuring Marco Minnemann. ‘From Mars’ feat. Marco Minnemann is the second single taken from the album "The Wring 3 - Spectra", due for release on December, 16th 2022 via Wormholedeath.

Dewulf comments on the single: “This is one of my favorite songs on the record. Somewhat autobiographical, I think. As a younger person, I really struggled in crowds, especially ones in which I did not belong; which was most. If you’ve ever felt like a complete alien in a room full of people, you will relate! I am very proud of the middle breakdown. Some cool chords and a very fun solo. Another great performance by Chandler and by Reggie who played some killer bass and also came up with the spooky little piano line in the verses.”

The last album “Project Cipher” (2021), was very well received globally, garnering great reviews and lots of positive feedback. “Spectra” carries on in the same tradition and headspace as its predecessor, but according to Dewulf, the songs are a bit fuller and more cohesive. He is hoping it brings new excitement to the listener.

He continues to explain that “Spectra” is maybe a bit like a 1970’s King Crimson album, but without any ethereal soliloquies and certainly with a more significant hard rock/metal influence. It is a cauldron of hard rock, jazz, metal, classical, 80’s rock, 70’s rock, and probably a few other things. It is recommended for fans of Dream Theatre, Opeth, and Porcupine Tree. 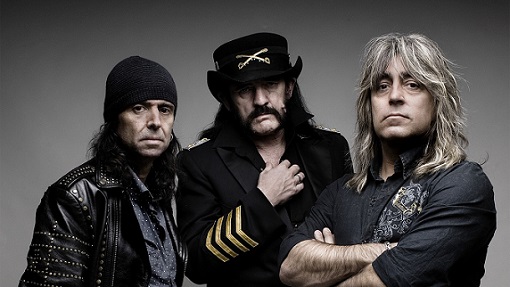 Motörhead released its 23rd (and final) studio album, "Bad Magic", in 2015. Due on February 24, 2023, "Bad Magic: Seriously Bad Magic" represents a bonus-packed refresh, adding two previously unreleased tracks from those furious sessions — "Bullet In Your Brain" and "Greedy Bastards" — as well as a snarling, fangs-out live performance from that subsequent tour at the giant Mt Fuji Festival in Japan in 2015. Fans will also get "War, Love, Death And Injustice", an audio interview with Lemmy conducted by MOTÖRHEAD expert Robert Kiewik during the tour, and should the desire to have a chat with Lem or anyone beyond this mortal coil arise, the box-set will exclusively contain a "Murder One" ouija board (complete with the "Ace Of Spades" planchette to spell out the conversation).

A new video for "Bullet In Your Brain", featuring exclusive, never-before-seen footage of MOTÖRHEAD in the studio for the "Bad Magic" sessions, can be seen below. A foot-down, fist-pumping Lemmy-bass-driven stomper with a deliciously dirty Phil Campbell riff, and Mikkey Dee-driven dynamics, both the song and footage are a tremendous treat for fans who have craved new Motörmaterial. 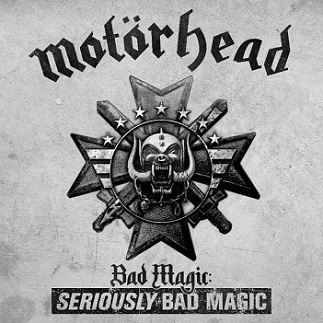