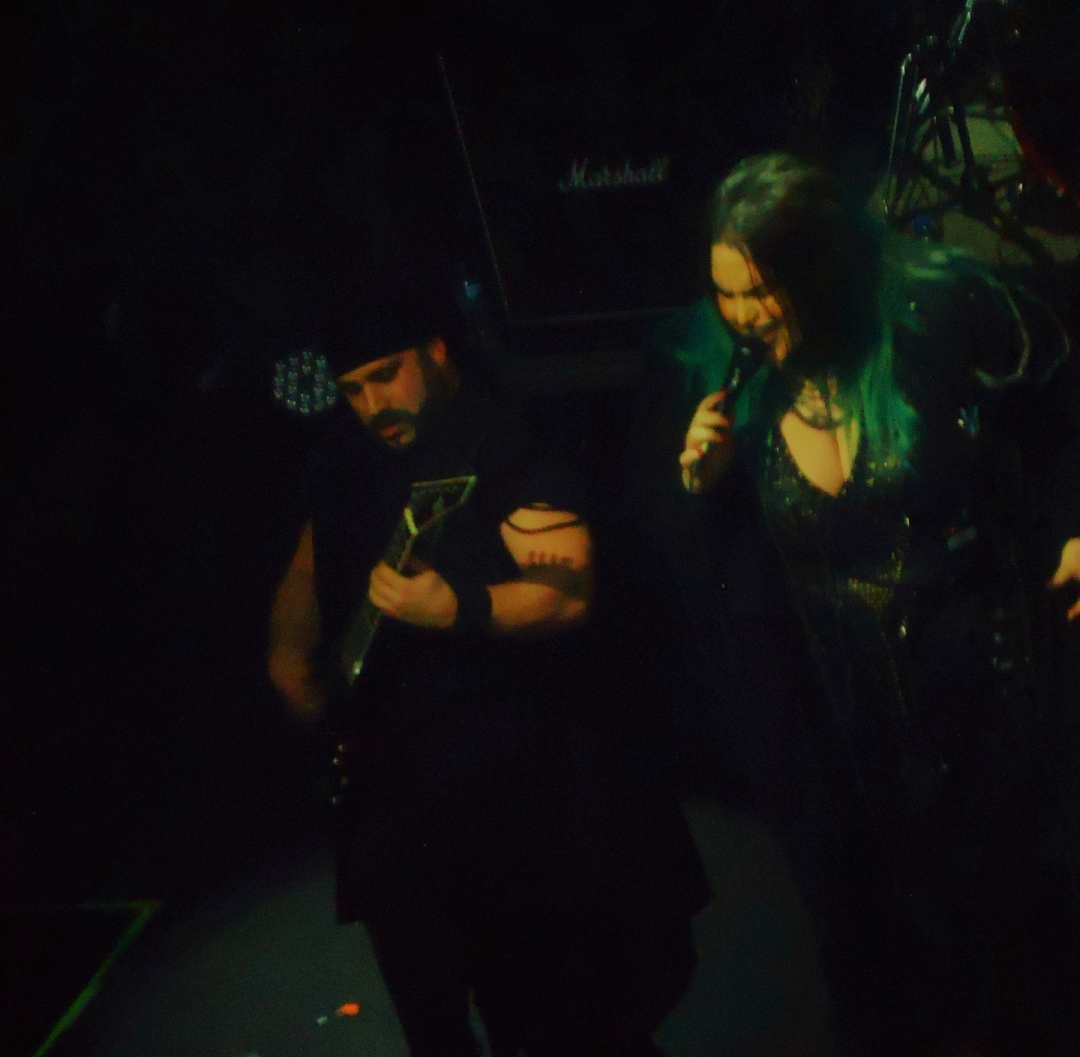 We arrived at The Temple with high expectations, since Enemy of Reality is a band known for its quality music and live shows. Yet, the night proved to be more than interesting. But let’s explain things.

The special guests of the event were Fortis Ventus, a female fronted metal band that released its first EP last year. Fortis Ventus entered the stage at 21.45 and played a show of forty-five minutes. I was introduced to the band with this gig and I admit that they gave me the best impressions. They played some of their own songs plus some covers, which was enough for them to conquer the audience and win its applause. Their songs sounded beautiful, with some catchy melodies and riffs, which were topped by the awesome female operatic vocals. In my opinion, they should tighten more their rhythm section, but overall, they give promises for a bright future. Can’t wait to hear their debut album!

As said before, I expected a nice show from Enemy of Reality and that’s what exactly they offered us. A fantastic live show, which lasted one hour and fifteen minutes. Their sound was loud and strong, the guitar sound was wonderfully mixed with the drums and bass, and Iliana Tsakiraki performed excellently. Her operatic vocals can be compared only with the vocals of the distinguished foreign frontwomen, her theatrical way leaves you speechless, her persona is something extraordinary that is lacking from many other bands. And how powerful and pompous their songs are! Apart from the breath-taking vocals, the guitar riffs and solos added a lot to the final sonic attack of Enemy of Reality. Frankly, I believe that this band will get bigger and bigger during the next years. They have the all the advantages to continue and make the world of melodic and symphonic power/speed metal their own.

We left the venue with a huge smile, having seen two top female fronted metal bands, which know how to rock. A stunning live show that won’t be easily forgotten!