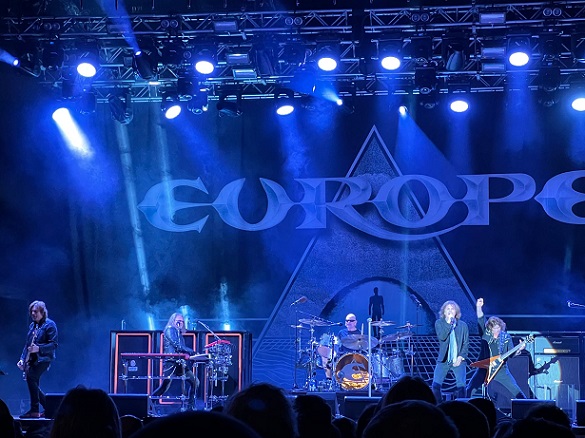 What a fantastic way to close the Gröna Lund summer of live shows! Europe gave a brilliant show to their hometown fanbase (well, they come from Upplands Väsby, but, yes, Stockholm can be considered their hometown), with a very interesting playlist, including hits like “Heart of Stone” or “Wasted Times”, which honestly, sounded much better played live in 2022 rather than recorded on the album in mid-80s (hyperbole for some, but the truth for me, especially how I experienced them from the audience) ... “Walk the Earth” opened the gig, a song from their latest self-titled album, and a theme so contemporary and hot, like never before. The band kicked off not with the best guitar sound on the first couple of tracks (the second was “Rock The Night” – an unusual choice so early on the show, we liked it though), but from the third song onwards (“Scream of Anger”) Norum’s Les Paul, Flying V and Stratocaster all sounded really heavy and awesome till the end. Joey Tempest performs like there has not passed any day at all and he looks fresh and with a very convincing voice. Mic Michaeli, doing his improvisations on keyboards, provides the best ‘keys support’ to the sound. John Levén has always been the calm and peaceful power behind the band and always keeps the dynamics and the balance all the way. Ian Haugland played like there is no tomorrow, with his signature playing style, doing backing vocals and, as always, playing with authority and character. John Norum, a guitar hero, the man who can play anything, in any technique, with any sound and with a tremendously characteristic tone on leads and solos, was simply amazing. A special night for him as well, as his son Jake celebrated his birthday and Joey Tempest wished him on stage, with the fans also cheering up loud. A special night as well for David Coverdale of Whitesnake, as it was his birthday too, and Joey sung a bit of “Here I Go Again”, as a connection with “Superstitious” towards the end of the gig, a very nice moment, enjoyed by everyone. And of course, as it has happened for the last almost 35 years, the show ended with a frantic version of “The Final Countdown”, a trademark song, for the band, for a whole era and with a special feeling for many many fans. 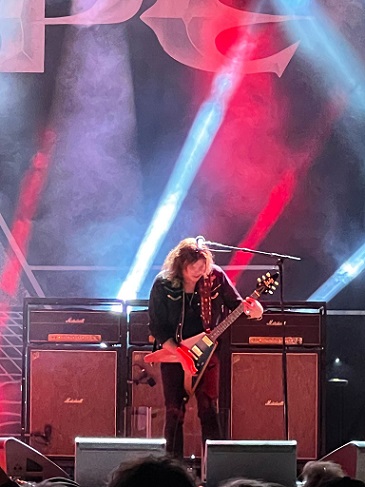 Europe don’t need to prove anything at all. Every time they play live, you feel that they are not ‘veterans’. They are some friends, who love playing hard rock and make people happy with their songs, their energy, their connection with the audience and their fans, who are lucky to see them live. Their fans were also luckier this time, as they witnessed a prize-giving to their favorite band, winning the award of multi-million views of their videos on YouTube, first band coming from Sweden, which reaches this milestone. A special moment in their hometown. In any case, every time they play on stage not only confirms their status as a global music success, but is promising on what is about to follow, regarding their next studio album. I think it’s about time for the next one, don’t you think? 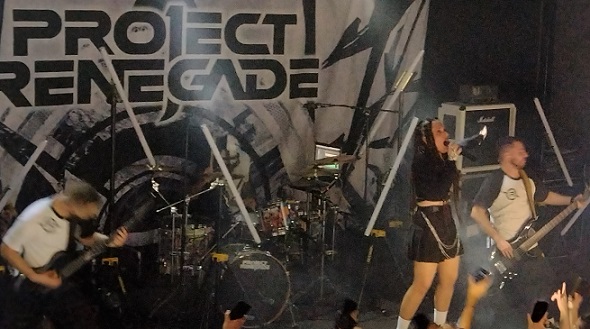