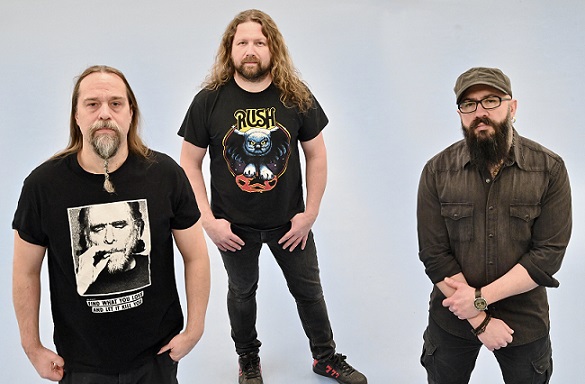 It’s not very often that Spice gives interviews, and for that reason I am glad I had the opportunity to speak with him for the new album of his band (Band of Spice) called “By the Corner of Tomorrow”, to be released very soon from Scarlet Records. He is sitting in his living room at home in Småland, he is in a very good mood and I hope you will find this interview interesting.

Good afternoon from Stockholm! How are you doing?

Hello my friend, good to hear from you again! I am doing fine, we have a lot of snow right now in Småland, which I don’t mind of course, but I don’t like this damn cold at all, so, it’s been not so good lately I must say (laughs).

I have listened to the new album of Band of Spice, which I like it very much and wanted to catch up with you about this. First of all, how are things for you and the other band members in terms of Covid-19? How are you coping? And how has this whole situation for almost a year has affected your songwriting, playing music together, etc.?

Nothing has changed for me in terms of writing songs and stuff like that. I have been constantly writing music. However, it was quite difficult to write this record, because we started to record the drums, I think it was in February last year, and we recorded bass and guitar as well in early March, then Covid-19 came and we had to stop everything, every activity basically had to be stopped. I recorded the vocals in the summer, in August. We could not meet earlier, because of the whole situation, and also because the guy who owns the recording studio did not to operate the studio for many weeks, so, it was quite difficult I must say. Studio-wise, the drums were recorded in Helsingborg, and the rest of the album was recorded in our rehearsal studio. Like we did for the “Economic Dancers” album.

“By the corner of tomorrow” – in my humble opinion – has quite many similarities with the music you play in My Regime, guitar-wise and the way you handle the riffs and all the guitar parts. How does this thing work for you, being in different bands, playing different things, having different inspirations? Tell us a few words about that.

Sorry for the dog noise in the background (editor notes: his dogs sound like they want to play or something, so there was a bit of background noise – which was funny actually)! Actually, in the fall of 2019, we were rehearsing with My Regime for a new album. Then we got a notice from Scarlet that ‘we don’t want to release a new My Regime album now’, so, some of the songs, actually 2 of them were meant to be part of a new MR record, but I decided to put them on this one now. ‘The Sharp Edge’ and ‘Reglutina’ (which I actually wrote 20 years back and now it was about time to release it!). For the latter, I had the main riffs and the structure, but now I worked on that more, so I am happy it will be released now. But for now, it’s focus on Band of Spice. I already have 20 songs that I want to rehearse and play.

This new album has a strong early 80s heavy metal feeling all over it, the songwriting, the riffs, tell us a little bit about your influences and inspirations for this particular record and why you wanted to make it sound like that.

I was aiming of course, to make an album with strong influences from records like “Heaven and Hell”, “Mob Rules”, “Blizzard of Ozz”, those were the albums I had in mind when I wrote the songs for “By the corner of tomorrow”. When we recorded the songs, I wanted to capture that sound, that guitar sound, and some songs are closer to that – some others not so close ha-ha! But I must say that Black Sabbath’s ‘Paranoid’ was a strong influence on the new album as well. Those four albums were on the background in my head. This is the first time I recorded on standard tuning actually, because the first two Black Sabbath albums were on standard tuning too, and then they tuned it 3 steps down. But, despite those influences, I wanted a more fresh sound I guess, maybe to feel a bit younger myself ha-ha!

What about the lyrical themes that this album is dealing with? There are many similarities with the previous albums as well, but I wanted your opinion on this as well.

I think this might sound weird, but the “Shadow remains” album was a lot darker overall. I wanted to go a step up, to lift the mood up of the new album, so, for example songs, like ‘The Fading Spot’, are glimpses and pictures in my head, like this one where I see myself as a kid in school, looking out of the window and wanted to be somewhere else instead. So, it’s not that dark from my perspective. Many of the lyrics in the songs are images in my head, and I want the listeners to picture their images inside their head when they put and listen to this record, or any other record I make.

We have discussed together in the past, about this term ‘political correctness’, which I know you dislike so much, how does this term affect the way you write music and lyrics, for this record but also in general?

Well, this is interesting, because in this record I intentionally stay away from this term, and from giving a ‘political’ denotation to the songs and the overall feeling. But of course, ‘common sense’ is what I like, especially when you are not hurting someone else. Because nowadays, everybody is offended by something, and this is something that worries me a lot.

How does it feel after all these years to work together again with Bob and Saso? I know you have been friends for so many years, maybe more than 20. But I would like a few words about your band mates.

Last year was a challenge for all of us due to Covid-19, so it was tough lately due to the whole situation. I must say that Saso shines on this record a lot, he plays really well, he can contribute more to this band rather than in My Regime where he follows the guitar riffing, but here he is very creative. And of course, Bob he has been my friend for so many years, we have played a lot of music together, so, I am really happy with him.

Do you currently listen any new or old band that you would like to share with us?

The last couple of weeks actually, I listen a lot to REM, specifically their early stuff. I absolutely love their “Green” album. There is a song there “I remember California” that I really like and wanted to make a cover of that for almost 30 years now, so, maybe in the next album we can make a cover of that one, who knows?! Its really heavy, especially the riff. You know, I was kinda disappointed when ‘Losing My Religion’ came out ha-ha! I Said: “What is this??”. Lately I also listen a lot to Captain Beyond’s second album, this is a very special one for me.

Is there any news about Kayser?

Kayser has completely disbanded, so we should not expect anything from there.

No further comments about Kayser, I understand that J Ok!
Changing subject, do you consider any Swedish bands-musicians from 30-40-50 years back as your influences in both writing and also listening to music in general? We have discussed in the past about other countries, but I wanted to focus now on Swedish bands. Rock Metal or any other genre.

Ooh.. Difficult one… Well, I do like a lot November, Entombed, Candlemass, and I really like an artist called Thomas Di Leva, not the stuff he is doing today, but his records from the 80s. “Rymdblomma” is his best album and my favorite. I really like his lyrics there, so I have been kinda inspired by him in a way. All his albums are in Swedish, but you can try to listen to that if you want.

To get back to the new album, what is the story behind the instrumental song ‘Tehom’?

‘Tehom’ means ‘Abyss’ in Hebrew. It’s just a build-up to the next song “The Sharp Edge”. Actually, both songs are the same one song, but I cut the intro part as an instrumental to the main song.

Last but not least, what are your next plans? Are you soon going to record something new or take it easy?

My plan is to rehearse the songs I have now, starting in maybe the next couple of weeks, depending also on the intensity of the Covid-19 situation. This album took almost a year to make, so, I am eager to do another album soon. I can’t stop.. Let’s see.. “Find what you Love and let it Kill you”!

Maybe that is the best thing, I agree! Thank you for your time, I appreciate and cheers till the next time we talk!

Thank you my friend, take care! 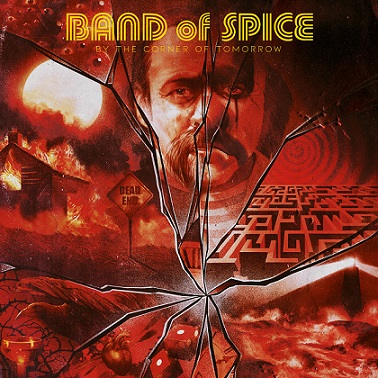