One of Sweden's most distinguished and skilled guitarists and song writers, Robert Pehrsson is back again in the spotlight with the "Out of the Dark" album of his solo outing Robert Pehrsson's Humbucker. Perhsson has been a member of several bands, such as Runemagick, Thunder Express, Death Breath, Dundertåget, Imperial State Electric, Slingblade and Dagger, a proof of his diversity as a musician. Even if it's just rock or death metal, Pehrsson demonstrates with delicacy and finesse all his passion for guitar driven music. Myth of Rock had the chance to speak with Pehrsson a few days ago, and you can read our discussion right below.

Hello Robert, I hope all is well with you. The new album is absolutely great and I can’t wait to see you playing live the new and old songs of course. Tell us a few things about the writing process, your inspirations, the people who have contributed, etc.

Thank you! I went to my studio and wrote every day for about 6 weeks. I was very focused and it was a lot of fun. Joseph Tholl, Andreas Axelsson and Tobias Egge also contributed to the writing. I always like to have more people writing, it keeps things more interesting. But I wrote the major part of the material as usual. I get a lot of inspiration from life itself. Also books and movies and of course music. But mainly from just living life and everything that comes with that.

You have always been busy with different bands, projects etc. How do you manage being so active in terms of time and availability? Do you have a full or part time job?

I have worked a part time job for the last 12 years. I wish I had more time, to be honest. It's really hard to make a living only playing music so I have to work also, so that eats up a lot of time that I rather spent making more music. I basically spend all my free time on music and not much else. it's the only way to get the things done that I want to accomplish.

Tell us a few things about this awesome album cover, the story behind and how did you come up with that awesome idea.

I wanted this sort of album cover since the first album. A painting, like Rainbow Rising or Dio - Holy Diver, that sort of thing. But I could not afford to have one painted for me. But then last year when I was searching online I found this amazing painting by John Martin from 1851. It's titled "The Great Day of His Wrath" and it's basically a painting of the apocalypse. I contacted the owners of the painting and bought the rights to use it as my album cover. Since it was over a hundred years ago John Martin passed away the work is public domain, so I could use it. It's an amazing work of art and I'm thrilled about how it turned out!

I know that you have your own studio for a few years and this must be really convenient, logistics wise but only that. Please give us some info about that, how did you start it, the various other bands that come and record or rehearse there, etc.

I always wanted a studio because I was always really interested in recording, mixing and engineering. So I have put all the money that I have earned from my bands into developing my own place. At first, I mostly did my own music and close friends' music in the studio, but now I do it commercially and it's open for anyone who wants to record here or have me mix their music. At the moment I'm doing the studio full time, so it's my job and I love it. I have recorded and mixed a lot of bands since I opened the doors. Check it out if you are interested (www.studiohumbucker.se).

Let’s take a step back in time, how was the time while playing with Dundertåget/Thunder Express with Strängen, one of my all-time favorite artists who was so sadly gone?

Me and Robert goes all the way back since childhood. We grew up together and were friends long before we started to play in the same band. We moved from our small home town to the big city and started playing in bands. I was only like 19 years old. I remember all the times we had together fondly and I miss him dearly. It's a tragedy that he is no longer here with us.

Are there any plans for a new record with Death Breath? Would you like to make another death metal album with Nicke Andersson?

There is actually a new album already recorded. Me and Nicke recorded it a long time ago, we just haven't got around to finish it and have it released. But we will eventually when we have the time and it feels right!

Which artists are your biggest inspirations since you were a teenager? Which artists you grew up with and how they have affected you as a song writer?

It's the usual hard rock bands for someone of my generation. Kiss, Deep Purple, Iron Maiden, Accept, Metallica, Motörhead, Thin Lizzy and such. This was how it started and what ignited the flame to start playing the guitar myself. I have since broadened my taste in music quite a lot and have all kinds of influences from many different bands. I have never quit listening to all the bands I grew up with though, I have just largened my music library.

Which one of the two is more enjoyable for you, singing or guitar playing, and why?

Without a doubt, it's playing guitar. Singing is really hard and it doesn't come as natural for me as playing the guitar does.

How do you explain the fact that so many Swedish artists are involved in so many bands and projects at the same time?

I think it's because Sweden is a small country. You get to be friends with a lot of people and have a lot of stuff in common. So a lot of the bands are based on friends playing music together.

Do you have any plans for gigs at the moment with the Humbucker?

I have a booking agency and they are scouting to see if there is any interest in Humbucker. It's up to the promotors and the people, if there is no demand then we can't play. I, of course, hope there is because I want to get out there and play our new music!

Do you listen to any new hard rock/metal bands at the moment?

The only metal band I can think of is Mastodon. I really like them and I think they just get better for each album. My friend Andreas Axelsson sent me a couple of tracks with his new band Sweet Teeth and it blew me away so I have been listening to that a lot lately.

Would you like to play in Greece at any time in the future? Any special message to the Greek fans?

I love your country. I have never played there, but I have been there on vacation 5 times. It's my favorite place to go on vacation. The food is awesome and the people are very nice and chill! I very much would like to come and play there!

Thank you very much Robert for your time, I appreciate that. Hope to see you soon playing live with your band! Skål 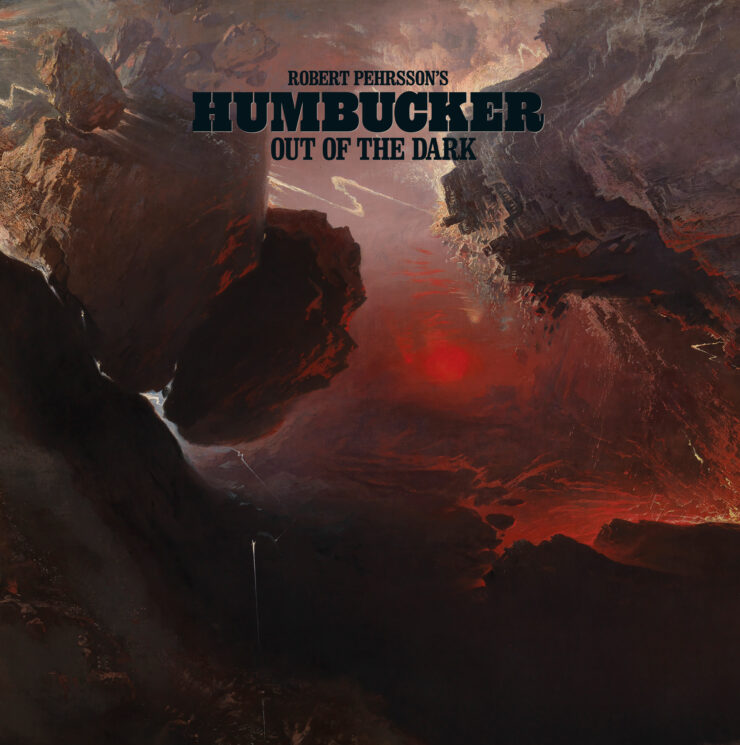