A historic band from France, Seyminhol is one of melodic metal's most enjoyable sensations. But the band's music isn't only melodic, since you can find several elements in its songs, for example progressive metal and symphonic music elements. Without a doubt, Seyminhol's latest album, "Ophelian Fields" (2018), was an impressive piece of art, which shows that the French guys are in perfect shape. Some months after the record release, Myth of Rock came in contact with the band and Nico (guitars,keyboards) answered our questions. Below you can read this interesting chat, but don't miss listening to Seyminhol music, in any case - they really deserve it!

Give us a short biography of Seyminhol.

Well, a short biography isn’t really possible because the band is very old! At the beginning, at the end of the darkened days of the eighties, Chris and Eric (our fist guitarist) decides to make a group. And, three years later, I became the new singer of the crew. During three years again we played music, band cover and we worked on our instruments. At the end of 1995, we decided to make our first MCD. It was “Thunder in the dark”. Two short albums have been created in the nineties. And our first album was born in 2002. After that, a second opus arrived and our style was a mixture of power, epic, progressive and symphonic metal. It was the time of “Viking theme”.  I think the change of atmosphere on “Ov Asylum” has been the arrival of another conception of our music. At the end of this offering – it was really a kind of musical sacrifice – we decided to stop the machine. It was important for us, for the creation, the evolution and the future of the band. Five years later, our new album “The wayward son” gave the sense of our new vision. It was a good example of traditions, bombastic inspiration and progressive views we had of the band. Now “Ophelian Fields” is a mix of all our influences. A sane and profitable reflexion about the road that we wanted to use.  And, of course, it isn’t the end of our evolution. It’s just a step, a new level in our particular career.

What does “Seyminhol” mean and why did you decide to have this band name?

It’s not a fictive name. The base of this choice was our interest for the culture, arts and traditions of the Indians. The true orthography is “SEMINOLE”, the name of tribe from Florida in the south of America. You can find the link with this name on our MCD « Indian spirit ». We will propose a special song about that in few months. It will be the roots of our band, a return to the genuine seed. We will sing in French and we’ll use traditional instruments and strange noises.

I didn’t know Seyminhol, until I listened to the song “Behind the Mask”. Do you believe that with “Ophelian Fields” and your next albums you will manage to get more known outside France?

I don’t’ know. It’s not my aim! It’s very important to have the opportunity to offer his music all around the world but we aren’t professional musicians. We work, we have family and we aren’t enough young to realize the conquest of new territories. Maybe in another life or after death when our albums will become famous! 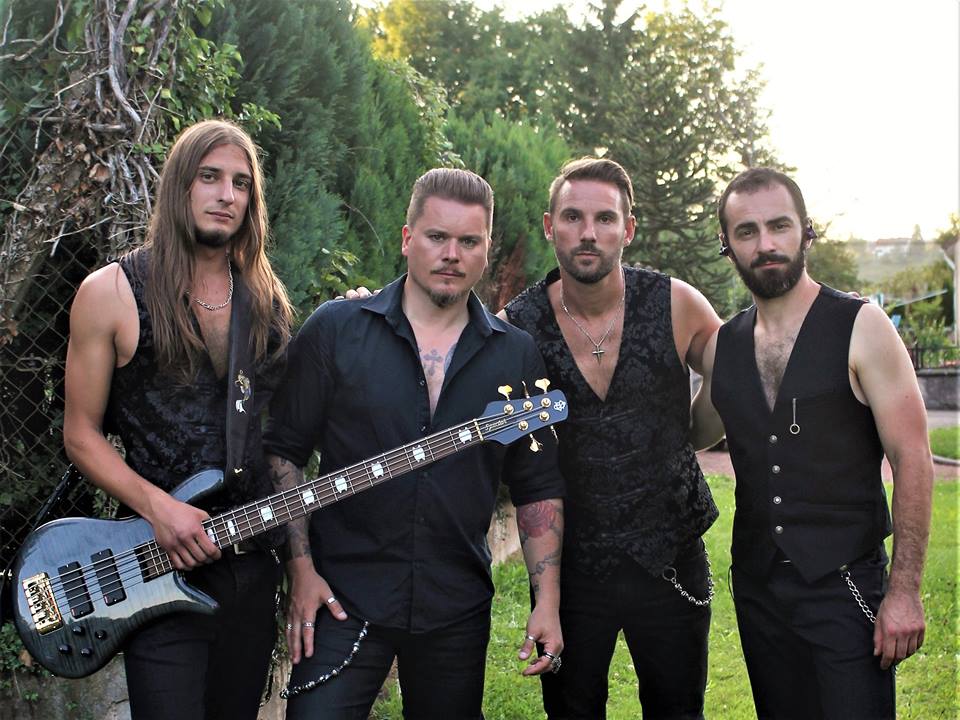 How do you see now your latest album, “Ophelian Fields”, some months after its official release?

I’m always plenty satisfied with this album. It’s a new face of the band.  But I hope it wasn’t too complicated for the fans. We like to have a different approach of the music and sometimes this manner to proceed isn’t evident.

Although your sound is progressive and complex, I liked your songs pretty soon, after the first listen. How difficult is it for you to have a complex but catchy sound at the same time?

We don’t create the music with an established idea. We just search the emotion and a kind of color. After that, two or three listen are the norm to understand our universe. The progressive rock must be listenable if the inner sense is pure. When the creation is guided by a true meaning. It’s just a question of sensitive perception.

Can you give us the details behind the concept of “Ophelian Fields”?

"Ophelian Fields" is the rest of the “Wayward son” album. It is based on Hamlet of Shakespeare but he is more different because we speak about the character of Ophelia. It’s the lover of Hamlet, a kind of lunar figure that appears as a sensitive person. I wanted to work about it and to propose a new vision of the tragedy. I think that the music and the entire atmosphere will be perceived like an evolution. Ophelia is a Mother Nature, a sort of good sorceress, the girl of the river. She can explain the own folly of Hamlet. She is a tutelary figure, maybe the true hero of this dramatic story. This new album describes all the state of this young person: the drama that she incarnates, the tensions that she creates.

How would you describe the music style of Seyminhol?

We don’t play always the same style. Our influences are very large. It’s a specter that is defined by our own story, our personal way and choices. Of course, the base of the music is the power metal and the progressive rock but the black metal, the gothic rock, the hard rock are important too in the process of creation.  Actually, we play a strange progressive rock with a touch of anger and distress.

Who is responsible for Seyminhol music and lyrics?

The lyrics are my job ; the music, the vision of Nico. Although, we work together on the atmosphere, the upper theme of the concept and the sounds. 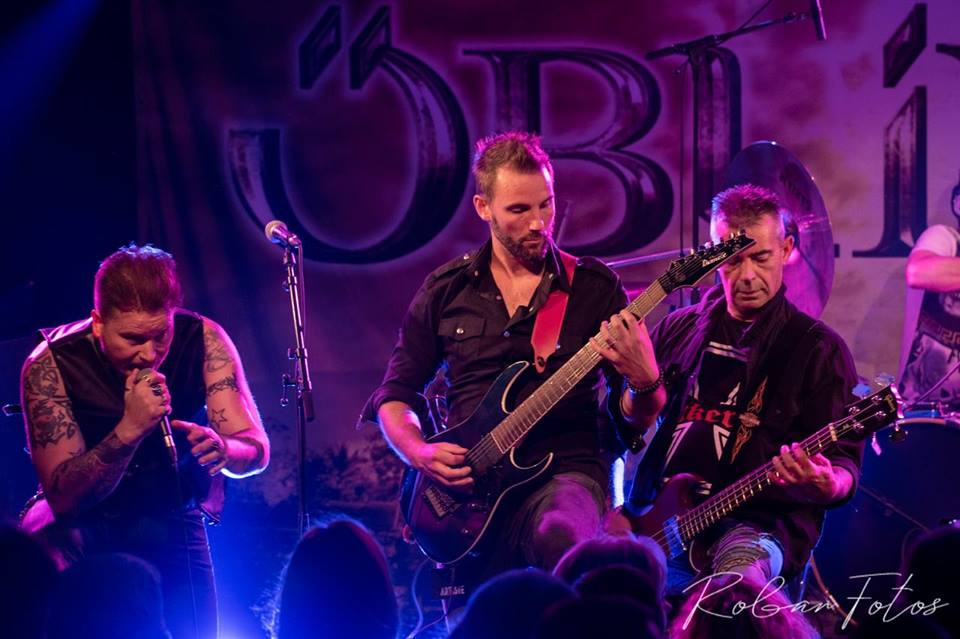 Did you play live shows for the promotion of “Ophelian Fields”? What do you remember from these live shows?

Of course but I want to be honest with you. I dislike the shows. It’s a question of time, of preparation. We cannot be on the top because we make music inside a strange movement. This movement is split between our professional work and our work of musician. Often, we discover some band during these shows and often the members are very special. It’s a business attitude or maybe just the attitude of the human race.

Have you started composing for your next album? If yes, how does this material sound, until now? Do you know if this is going to be a concept album again?

Yes, we are working on the new material. It will be a concept, a very ambitious concept based on the history of the second part of the twentieth century. The point of this story takes her source during the Second World War in Germany. We will follow the step of an adopted child called Tessmann. We will lulled by the amazing adventures of this guy.

Have you decided, at which studio you will record the new album, who will be the producer and who will do the mixing and the mastering?

We work on our home studio. The production is our matter. No big name, no big project because money is the key. And, of course, we don’t have money.

Where do you get inspiration from? Which are your music influences?

The history and the literary are the two legs of our corps. And our heads can eat all the music of the world. It’s just a question of taste and of beauty. The rock music and its by-products are not the Holy Grail! We adore the movies music, the tribal music, the classical tender and the soul music.

Which is your favorite concept album of all times and why?

It’s a difficult question. As for me I think the theme of the Carmina Burana is the most sober, dark and reflective creation of the twentieth century. It’s really grand and grandiloquent. An excellent vision of the human being, of the seasons of the life, of the time that goes by and of the idea of disappearance. I like the bones because the bones are all the same: there are no kings, there are no beggars. Just a pile of skulls, of ulna and of humeruses! And if I can speak about a modern concept, without hesitation I will say “Metropolis part II”, Dream Theater or, maybe,  “666” by the Aphrodite’s Child. “The Four Horsemen” Is an incredible song.

Who is your favorite author and why?

Shakespeare, for all the ideas that I developed higher in this interview and E. Cioran for his skepticism, his capacity to speak about the ephemeral characters of the life and the poignant of the existence. It’s an amazing mind, very biting and with the hard-hitting humor.

How are things for heavy metal in France?

Nothing. An awful pile of disillusion and shit.

Seyminhol is signed to Lion Music Records. Are you satisfied with Lion Music’s work until now?

Yes, the head manager of this label is a true realistic person. The results are positive for the band and for the fans.

Be trusting! Listen to the good vibrations of the hope. THANX.