Monument are one the best and most promising traditional heavy metal bands of our times. Their albums are full of powerful, storming songs with great melodies and soaring vocals, and their live shows meet the highest expectations. Greek fans had the chance to enjoy Monument in Rockwave Festival 2018, where the British band really rocked big time. After Monument’s performance, Myth of Rock talked with the frontman of the band, Peter Ellis, who gladly answered our questions and said very interesting things. Read the following lines and keep in mind that Monument are here to stay!

You played live in Rockwave Festival, Greece, the day that Iron Maiden were the headliners. How do you recall this live gig?

Really warm, haha! It was the most challenging gig of the summer so far due to the hot temperatures but at the same time the crowd was the loudest of all the festivals we have played so far. Of course for me, on a personal level, it is always special when we play Greece as I was born and raised in Athens.

This concert wasn’t the first Monument live gig in Greece, since you had played with Iced Earth in 2016. How much has the band progressed since 2016?

Things are a lot busier now and the band is now one of the rising forces in European metal across the continent, which is really cool. Our management team and us have put a lot of time and effort into this, so it is great to see the band getting bigger and bigger.

Rockwave was actually both, the best and worst moment for us, haha! It was the worst because of the extreme heat on stage, but also the best due to the amazing Greek audience that sent us so much energy and positive vibes during our set.

How do you feel, when you enter the stage? Do you have any stress? Do you think of something certain?

I never get stressed before going on stage, regardless of whether we are playing for 200 people or 20.000. I was born into a show business family, so live performance is in my blood.

Your latest album, “Hellhound”, was praised by both journalists and fans. How do you see that album now, some months after its official release? Are you satisfied with it, artistically and commercially?

I could not be happier with the album and how good it’s doing. We knew we had a really strong album going in, so it is nice to see that our good feeling was right.

Could you please describe the relationship between Monument and the fans? Are you satisfied with this relationship or it can get even better?

I think we have a very special bond with our fans, we always take the time to interact with them either at shows or online and we feel we have a responsibility to keep making our fans proud by delivering the best new music we can in every album and putting 100% into every live performance.

If you had to pick three songs off “Hellhound” album as your favorite songs, which ones would you pick and why?

“The Chalice”, because I feel it has added a whole new dimension to our sound, “Death Avenue”, because I just really like the vibe of that song and “Attila”, because of how full of power it is as a song.

Is there a specific track from Monument’s discography that you aren’t proud of? Why?

There’s a couple of songs on the first two albums where I was trying too hard to please everyone and were included just for that reason. But that doesn’t mean they are bad songs, they just don’t really represent what this band is. 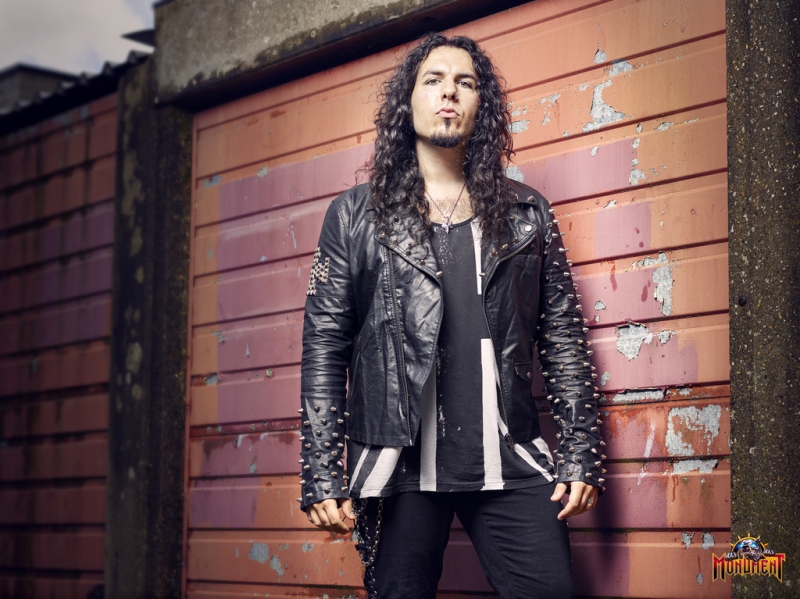 What kind of music do you listen to, when you are at home? Is it only heavy metal music or do you like also other music genres? Which music genre don’t you like at all?

I listen to heavy metal a lot, obviously, but I also listen to 80’s pop as well as more obscure stuff. I absolutely can not listen to black metal, with the exception of Rotting Christ, who are one of my favourite bands, or hip hop/rap.

Is there a musician, with whom you would like to co-operate in studio or on stage? And why?

I always enjoy working with Bob Katsionis, as we have done a few times in the past. We have also worked with Richie Faulkner from Judas Priest, who is an old friend of mine and played a guest solo in the title track of the first Monument EP and he is another person that I would love to work with again. As far as people I have never worked with, it would probably be someone like Matt Barlow (Ashes of Ares, Sentinels, ex – Iced Earth, Pyramaze), I think doing a duet with Matt would be pretty cool.

When and how did you decide to become a singer?

At the age of 18, when I could not find a singer that could actually sing, haha! I was a guitar player at the time.

Monument are described as a New Wave of British Heavy Metal band. Very few bands play in that style nowadays. First of all, do you accept this definition? And if yes, why did you decide to play in that style? Why didn’t you select a different, more popular music style?

If you are real to yourself, you don’t select the style you want to play, it selects you. We never sat down and said “ok lads, let’s pretend to be NWOBHM”, we ARE a British heavy metal band with two lead guitars, lead bass, drums and vocals, I think the surprising thing would be to sound like Pantera or something, haha! We just play what comes natural to us and the results are what you hear on our albums. We don’t care if it is popular or not, we will keep being true to ourselves and try our hardest to make sure that true British metal survives, no matter what.

Many fans believe that Monument is a continuation of the classic 80s heavy metal bands (Iron Maiden, Saxon, Running Wild etc.). Do you believe that you are continuing this legacy?

100%, that is partly why the band is called Monument in the first place. We feel that, since no one else is doing it, we must assure that this, distinctively British, style of music doesn’t fade away once the great bands that came before us stop doing it.

Is Monument a band which likes to follow a certain music “path” or do you like to experiment with your sound?

I always try to expand our sound and I am certainly not afraid to experiment, but I think at the end of the day what I write will always sound NWOBHM in its core as this is what comes naturally to me.

Some doubters accuse you of copying the music style of these classic metal bands. Which is your answer to them? And generally speaking, how do you react to negative criticism?

I never pay attention to critics, the majority of critics are failed musicians, that is just a fact, they are not there to enjoy themselves with some great music, they are there to spread vitriol in order to help their self esteem and feel better about being a failure. I only care about the opinions of people who are real fans of heavy metal and are looking for a band they can be proud of and will be there for them to offer them what they need (great music and live shows) on a consistent basis. Those are the people I listen to. Now regarding us copying a certain musical style, like I mentioned earlier, Monument is the real deal, we don’t try to sound like a British metal band, we ARE a British metal band and what you hear when you play a Monument album is what a bunch of guys from the UK who grew up listening to Iron Maiden, Thin Lizzy and Judas Priest sounds like, when they are put in a room together.

Can you give us some info about the mascot of the band, Jack? How did you decide to have this mascot? Does Jack symbolize something for you and the band?

Not many people know this but Jack is the product of some advice I got directly from Bruce Dickinson on the subject of mascots. In my opinion, Jack is the best heavy metal mascot since Eddie, I truly believe that. Most bands when they decide to create a mascot they just end up copying Eddie or just use a generic skull etc. With Jack, he is a brand new character and tell you absolutely everything you need to know about the band the moment you see him, and that is what a great mascot does.

We are currently adding more dates to our touring schedule for winter so we will be busy touring and promoting the album for the next year or so and then we are heading in to the studio to record the next studio album.

Thank you very much for your time and answers, Peter!

Thanks a lot for having me, I appreciate your support! 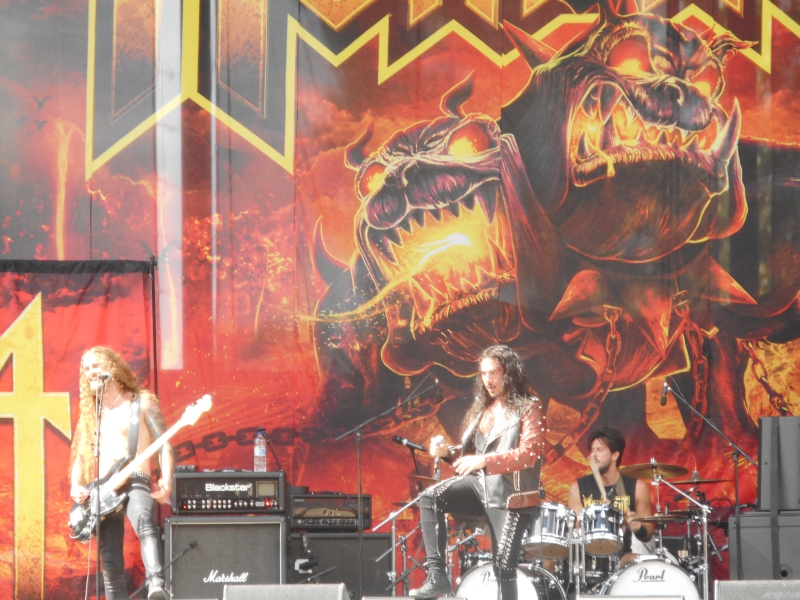