Open Burn is a new prog/power metal band from the United States, which features three members of the legendary US metal band, Lethal [Dell Hull (guitars), Glen Cook (bass) and Jerry Hartman (drums)]. All US metal maniacs have warmly welcomed the band and its first full-length album, “Divine Intermission”, a disc that should be appreciated for its genuine feeling of power and progress. Myth of Rock magazine couldn’t resist the possibility of an Open Burn interview and the band’s guitarist, Dell Hull, answered our questions. Read the following lines and let the metal flow!

How was Open Burn formed?

Jerry and I first got together with Eric in the late summer of 2015 to play cover songs for a friend’s benefit. Things seemed to gel so we started working on original material soon afterwards. Glen joined us in 2016 after we got back from Greece with Lethal.

Why did you pick the name Open Burn for the band?

We were looking for a name for a while and couldn’t find anything that fit. One day on my way to the studio I saw a painted sign in a field that said “open burn”. I sort of jokingly mentioned it to the guys as a band name. Glen said he liked it so it stuck.

Open Burn features three members of Lethal. Would you say that Open Burn is the reincarnation of Lethal?

Definitely not. Open Burn is a completely different thing. Like I said, Glen joined us later so that was just a coincidence and had nothing to do with Lethal. Of course, since we have played together since the early 80’s he was a perfect fit.

How would you define the music of Open Burn?

That’s a tough one. We’re just playing what we like, not what we think people want to hear so I see it from a different perspective. I’ve heard people say it is like “traditional” heavy metal so I guess that seems to sum it up pretty well? Traditional heavy metal with a modern sound I guess?

One of the strong elements of your music is the voice of Eric Johns. Do you agree with me?

Of course. Eric is a great vocalist. He doesn’t sound like any other single vocalist but has many influences so as a result, he sounds like himself. In my opinion, he still has a lot of untapped potential. Actually, I think we all do. Hopefully, our new music will help unlock some of that potential.

Listening to the songs of “Divine Intermission”, I get a nostalgic feeling. Would you say that your sound is nostalgic?

I guess you could say that but it doesn’t really feel that way to me. The songs and parts are coming from old influences that each of us in the band has so I guess the songs do reflect those old influences. I guess that gives it that “nostalgic” sound?

The songs we have written so far have mostly started from either nearly complete songs or musical ideas that I’ve come up with. Eric adds melodic lines and lyrics really quickly so we shape the songs around that as a starting point. As everyone adds their parts that also shapes it further and can even give it a totally different feel. It’s very much a collaborative effort.

Where was the album recorded? Who did the production?

We recorded the songs mainly through two different sessions, except for the acoustic version of “Statues”. Both sessions were done at The Den Recording Company near us here in Kentucky. It was engineered, mixed and co-produced with Dave Swart and ourselves. Dave is also an excellent bass player and has also played with Eric in Simple Aggression among several other bands. They’ve known each other for years. We actually recorded the acoustic version of “Statues”, before Glen joined us, at Justin Newton Audio in Cincinnati. Glen added his parts later.

You’ll have to ask Eric that one. He keeps it a secret. Lol. Lyrics can mean different things to different people so each person might hear them in a different way? Each song has its own meaning.

What do you recall from the Lethal days?

Long hours of rehearsing in the Cook’s basement. Haha. It was lots of fun of course! We just loved playing. Recording and playing live was fun too but we really didn’t play live much.

“Programmed” is a distinguished US prog/power metal album. How do you see this album now?

It’s hard for me to see it that way because we were just playing what we liked. Even though we recorded the album in one month of straight sessions some things still felt rushed to me. I still remember some of the studio sessions and thinking at the time, we can do this better. Lol. Some of the songs, including Immune, were even written in preproduction. That album came out a few years before the internet and/or social media so we had no idea of any kind of impact it may have been having. I think we’ve just been realizing that in recent years with social media becoming so prominent. The same goes for our ep/demo The Arrival.

How are things now in the States for classic heavy/power metal?

Not great. Large bands like Maiden, Priest, Metallica, etc. are still selling out shows but on a local level, the scene is a lot different. We just play what we like so hopefully our past fans will enjoy what we do now and maybe we will pick up a lot of new fans in the process?

“Divine Intermission” is released by a Greek label, No Remorse Records. How did you come in contact with No Remorse?

We came in contact with No Remorse through our friend and promoter from the Up The Hammers festival Manolis Karazeris. He liked our ep and played it for Chris.

Are you planning to make a tour?  If yes, when and where?

We would love to tour but don’t have any immediate plans yet. Like I said the heavy/power metal scene in the U.S. is not great right now so  I think Europe, Japan and South America would be the best places for us to take our music. It’s just a matter of us finding the right connections to be able to do it.

The Greek metal fans are great and very enthusiastic! So far we have been getting great response to Divine Intermission so we hope more Greek fans will get a chance to hear it. It is a beautiful country so hopefully, we can bring our new music there to a live venue soon! 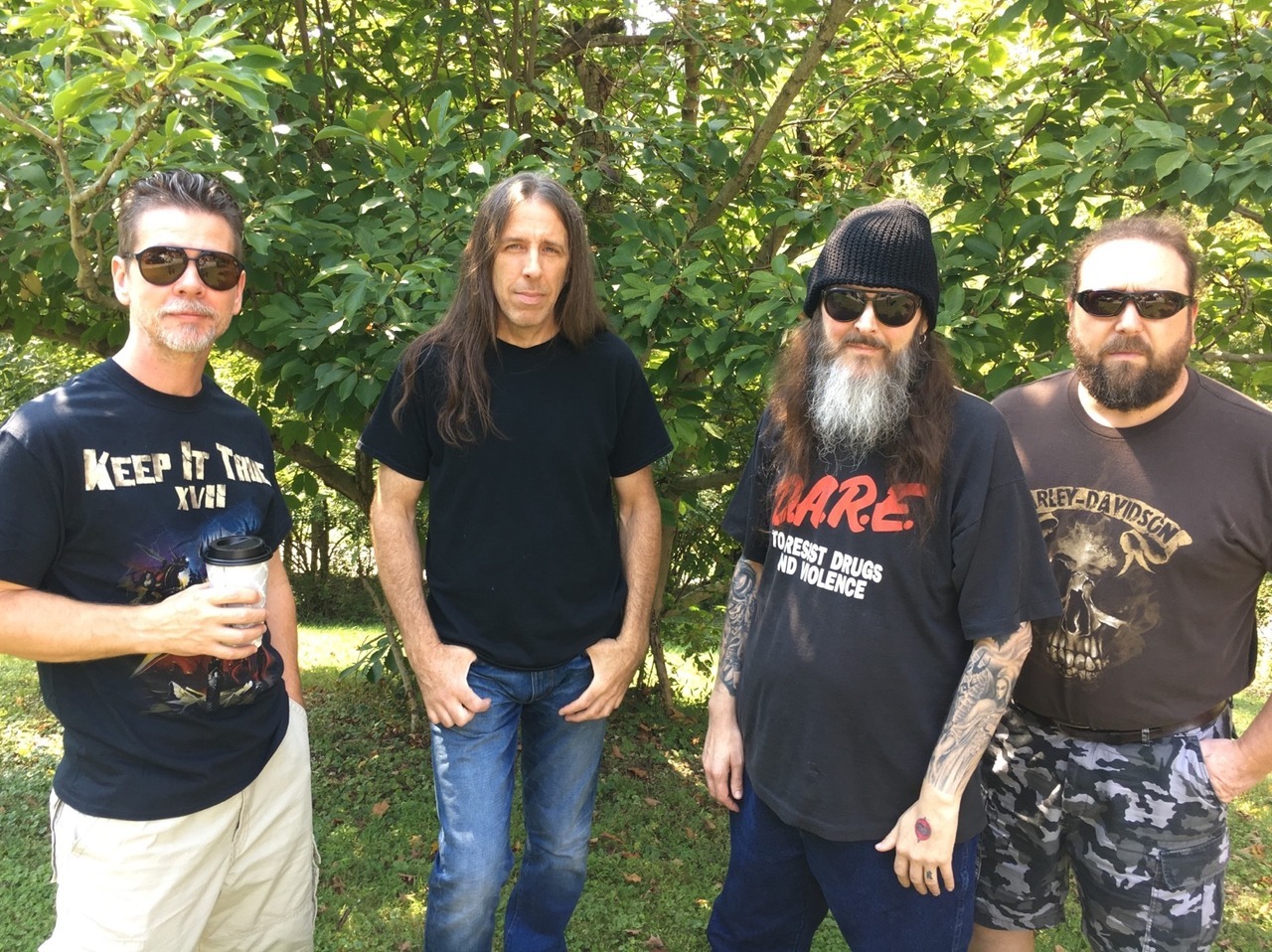