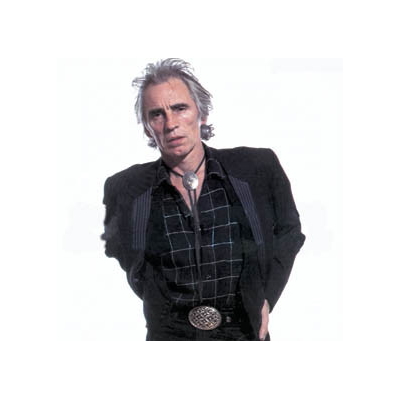 Rock n’ roll sometimes isn’t fair with some of its representatives. Rock n’ roll isn’t giving everybody what he/she deserves. However, even if they are regarded as obscure or cult acts, these not so well-known artists aren’t lost in oblivion. Steve Gibbons is such a rock n’ roll representative, a true rock n’ roll hero, who never got famous, however, his work is here for us to enjoy.

Steve Gibbons was born in Harborne, Birmingham (England), on the 13th of July, 1941, and belongs to the great Birmingham rock scene (Moody Blues, Black Sabbath, Judas Priest, Electric Light Orchestra among others). His first occupation was a plumber's apprentice in his hometown – nevertheless, he started his musical career in 1960 as the lead singer of The Dominettes. His first performance with The Dominettes was at The California Public House, near Weoley Castle. According to music historians, The Dominettes were a rhythm and blues act, with a rough image and quite a following. They played numerous shows in Birmingham, in music venues like The Grotto Club, The Sicilia Coffee Bar etc., but sometimes they were hired to back strippers at some of the more seedy establishments. The Dominettes didn’t last too long, since in 1963 they were renamed The Ugly’s.

Contrary to The Dominettes, The Ugly’s left a considerable work behind them. They secured a recording deal with Pye Records and their first single was “Wake Up My Mind” (1965), an original composition, co-written by Gibbons, advanced for its time, featuring some socially conscious lyrics, not a hit in England but a big hit on the national Australian chart, reaching No. 14. The Ugly’s were a psychedelic pop/rock band, with very interesting songs, like “It’s Alright”, “A Quiet Explosion”, “This is Your Mind Speaking”, “Real Good Girl” etc. They even covered a Kinks song (“End of the Season”), but failed to succeed. Besides that, the band suffered many line-up changes – in 1968 Richard Tandy, a keyboards player, joined The Ugly’s, however, he tasted worldwide success, only when he became a member of Electric Light Orchestra. By the end of 1968, Steve Gibbons was the only remaining original member of The Ugly’s – the last line-up of the band included, apart from Gibbons, Will Hammond, Dave Morgan (later in Electric Light Orchestra, Tandy/Morgan etc.), Keith Smart and Richard Tandy – with these members, The Ugly’s recorded the song “I See The Light”. 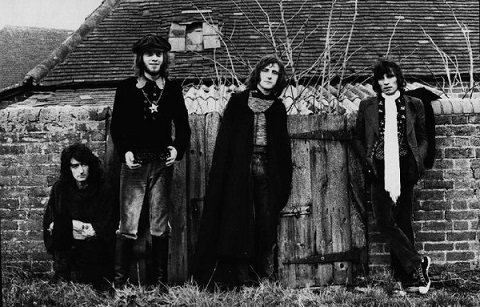 That single was the last The Ugly’s song, because by April of 1969, Gibbons formed with The Move guitar/bass player, Trevor Burton, a new band called Balls, a Birmingham supergroup, since apart from Gibbons/Burton, it featured Richard Tandy, Keith Smart and Dave Morgan. The summer of 1969 Morgan was replaced by Denny Laine (vocals, guitar, ex-Moody Blues) and after some personnel changes, Gibbons left the band in February 1971. Balls recorded only one single in 1971, the Trevor Burton-penned “Fight for my Country” (the b-side was “Janie Slow Down”), and then dissolved.

In 1971 Steve Gibbons released his first solo album, called “Short Stories” via the Wizard label (through which also Balls released their only single), produced by Gary Wright (one of the founding members of Spooky Tooth) and Jimmy Miller (worked also with Blind Faith, Motörhead, Traffic, The Rolling Stones etc.) and composed by Gibbons himself (in collaboration with Burton in three tracks). Several artists helped Gibbons in his first effort, for example Alan White (drums, became a member of Balls and later of Yes), Greg Ridley (bass, Spooky Tooth, Humble Pie) and Albert Lee (one of the greatest rock/country session guitarists). “Short Stories” is a fantastic rock n’ roll album, with a lot of blues and folk elements, very inspired compositions and outstanding performances from Gibbons and his accompanying musicians. 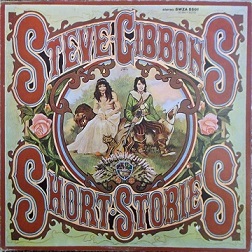 Having released his solo album, Gibbons returned from London to Birmingham, where he joined a renowned psychedelic pop/rock band, The Idle Race. Jeff Lynne was working with Roy Wood in The Move and eventually Electric Light Orchestra, The Idle Race had released their third album, “Time Is”, and with Gibbons behind the microphone, the band lasted three months - the final lineup became the founding lineup of The Steve Gibbons Band: Steve Gibbons, Dave Carroll (guitar), Bob Wilson (guitar), Bob Lamb (drums) and Bob Griffin (bass), who was replaced by Trevor Burton in 1972. 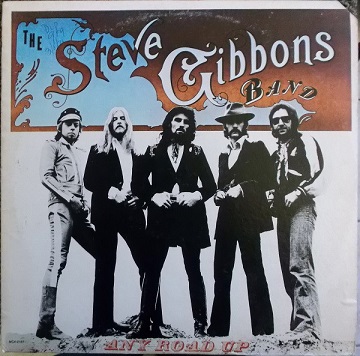 With these personnel, The Steve Gibbons Band worked the pub and club circuits until 1975, when they were spotted by Peter Meaden, first manager of The Who (Meaden was a prominent figure in the English Mod subculture of the early 1960s, sometimes referred to as the "Mod Father" or "Mod God"). As a result, The Steve Gibbons Band joined The Who’s management stable and Polydor Records, which had The Who in its roster among others, released The Steve Gibbons Band’ s first studio album, “Any Road Up” (1976). Gibbons/Carroll/Wilson/Lamb/Burton, with the help of The Who’s bassist John Entwhistle in some tracks, gave us a fantastic debut album, which should be described as a rock gem, nothing more nothing less than a pure rock album, played as it should be played – loud, dirty, tight and nasty. Steve Gibbons stands out as the leader of a rock n’ roll gang, sings like a rock n’ roll outlaw and wins our appreciation with his mean rock n’ roll attitude! All the tracks are nicely composed, performed and produced and “Any Road Up” is a rocking album for everybody that wants true rock energy and a British wit in his music. This glorious debut was followed in 1976 by a tour with The Who in the UK, Europe and the United States. Playing the concert arenas, they shared the stage with Little Feat, Lynyrd Skynyrd, Electric Light Orchestra, The J. Geils Band and Nils Lofgren. 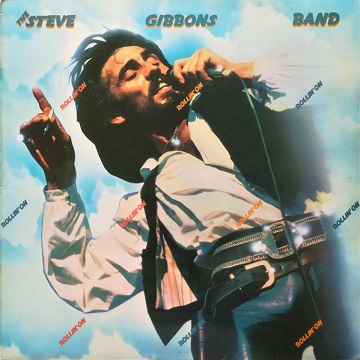 Steve Gibbons and his mates continued after this long tour, took advantage of the momentum and released their sophomore album. “Rollin’ On” (1977), again via Polydor, included their biggest hit single, “Tulane”, a cover of a Chuck Berry song. The single reached No. 12 in the UK Singles Chart and spending eight weeks in the Top 40. This second album continues where “Any Road Up” stopped and adds some folk elements – Gibbons’ voice is gritty and raucous, his strong melodies catch you like a hook and his lyrics come from the life on the road. A stunning working class-rock n’ roll  album, “Rollin’ On” rolls like a stone, as it is created by musicians who know how to rock and how to roll! The same year’s live album (“Caught in the Act”, Polydor) was the evidence for all the above definitions and descriptions! The Steve Gibbons Band was a killing machine in their live shows and that can be heard on this live album! 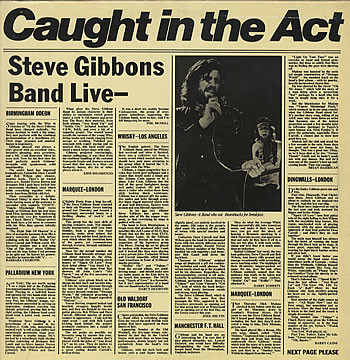 Next year Polydor released the third studio album of The Steve Gibbons Band, the excellent “Down in the Bunker” (1978), which according to allmusic.com, is the best, most consistently satisfying album of Steve Gibbons' career, as well as one of the highlights of British rock & roll in the late '70s. Personally I agree, although “Any Road Up” is my favorite album. Nevertheless, “Down in the Bunker”, which was produced by American producer Tony Visconti (David Bowie, T-Rex etc.), is a clever rock n’ roll album, which sounds bluesier, more melodic and more intelligent. Some may call it pub rock, but I don’t think that this tag can describe the majesty of Steve Gibbon’s rock n’ roll music! By the way, there is a change in Gibbons’ looks - from bearded, long-haired, leather-clad rocker to clean-shaven, nattily attired bandleader. 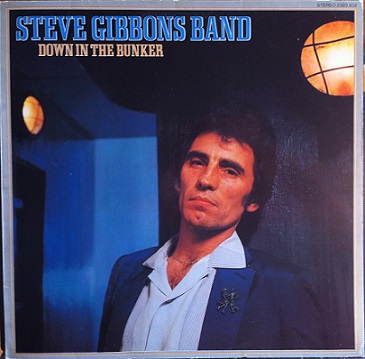 Gibbons fabulous rock n’ roll career didn’t stop here, but continued with the “Street Parade” album, the last via Polydor Records. “Street Parade” (1980) was a nice piece of British rock n’ roll, with some more American influences in the music and the vocal style, something that had already started with its predecessor. In 1981 Steve Gibbons and his bad company released another album, this time via RCA. It is “Saints and Sinners”, another recommended album! Then, the band responded to an invitation from the German Democratic Republic to become one of the first western rock bands to tour the major cities of East Germany in 1982! 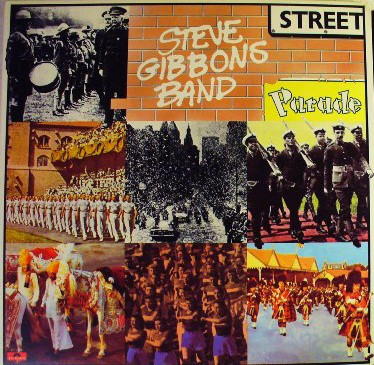 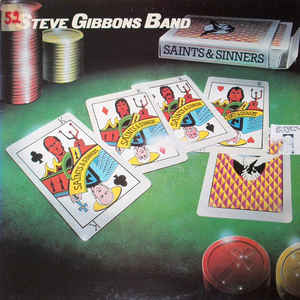 In 1986 The Steve Gibbons Band played at the Birmingham Heart Beat Charity Concert, a benefit concert organised by Bev Bevan (The Move, Electric Light Orchestra) to raise money for Birmingham Children's Hospital. After “Saints and Sinners”, the band released some other albums in the 80s and 90s, for example “On the Loose” (1986) and “Maintaining Radio Silence” (1990), which include first class rock n’ roll, in the tradition of the band. We must also note that Steve Gibbons released his second solo album in 1996 (“Stained Glass”) and his third solo album in 1998 (“The Dylan Project”). As revealed by the title, in “The Dylan Project” Gibbons covered Bob Dylan songs; extensive tours followed. 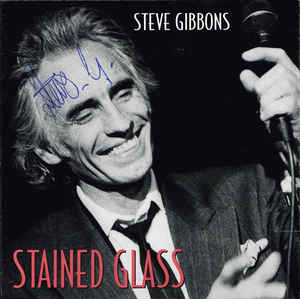 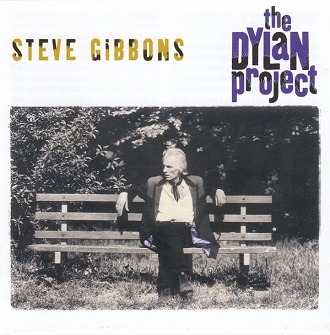 Up until now Gibbons is touring with his band, without having released an official studio or live album, and is also a member of the hit UK show ‘Brum Rocks Live’, along with Bev Bevan (The Move, ELO), Trevor Burton (The Move, The Steve Gibbons Band), Danny King and writer Laurie Hornsby. The show toured the UK, and was produced and promoted by Brian Yeates Associates. 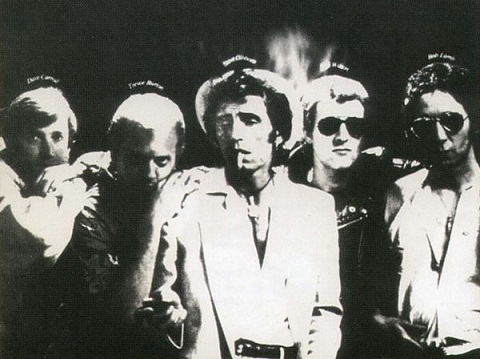 Steve Gibbons belongs to the pantheon of British rock n’ roll of the 70s; he started his career in the psychedelic 60s and became a rock n’ roll band leader in the 70s, releasing some wonderful albums and touring endlessly around the world. The characteristics of Steve Gibbons, his tough, filthy voice, the way he spitted the words, his sincere sense of original rock music, are always there to remind us how beautiful is the story of Steve Gibbons and his band. They say that Gibbons is the English Bob Seger, one of the influences of bands like Dire Straits, a more electrifying version of Bob Dylan. Call it how you like it, Steve Gibbons is an underrated rock n’ roll icon, whose music shines brightly and will shine forever! 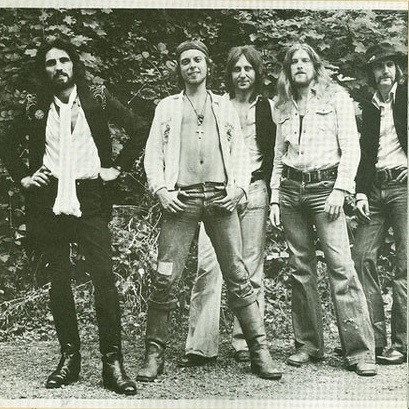 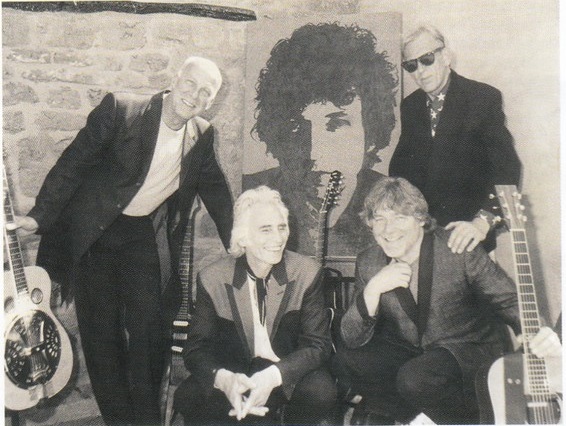