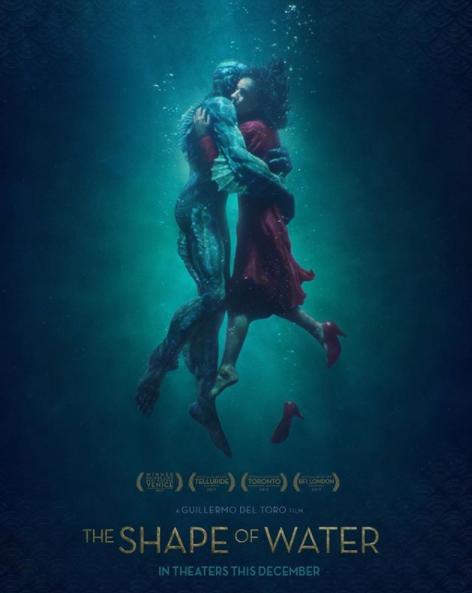 Guillermo del Toro' s new movie, ‘The Shape of Water' is del Toro's best movie until now, in my humble opinion. I personally didn't like ‘Pan's Labyrinth' so much, although I also admit that graphically it was a masterpiece. Thus, watching his new movie was an amazing experience, a pure delight, on every level. It is a fairytale for adults, set in the middle of Cold War in the 60s. A mute custodian is befriended with a humanoid-amphibian creature, which is captured in a governmental laboratory. Del Toro's direction is masterful and every scene is an undeniable proof of his magical vision. It's a state-of-art cinematographic narration that derives from the director's dramatic fantasy and takes us in a lyric adventure. The film stars Sally Hawkins and Michael Shannon in a wonderful performance that haunts the viewers' mind. And the music is magical, indeed. I watched this movie and caught myself thinking and dreaming. I flew away, I forgot reality’s routine, I remembered the feelings I had, when I first saw Spielberg’s and Lucas’ movies. And I insist that this movie is unique, even if the strange romance isn’t thoroughly explained, even if the creature’s abilities aren’t extensively shown. Enjoy this motion picture and you will keep it in your heart for years and years. Truly emotional, truly thrilling, “The Shape of Water” shouldn’t be missed in any case. An artistic gem. 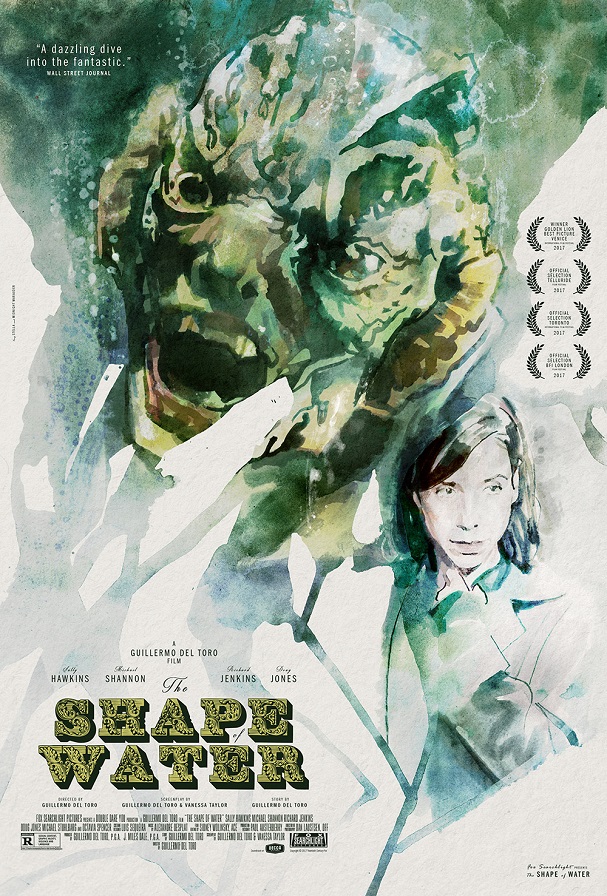